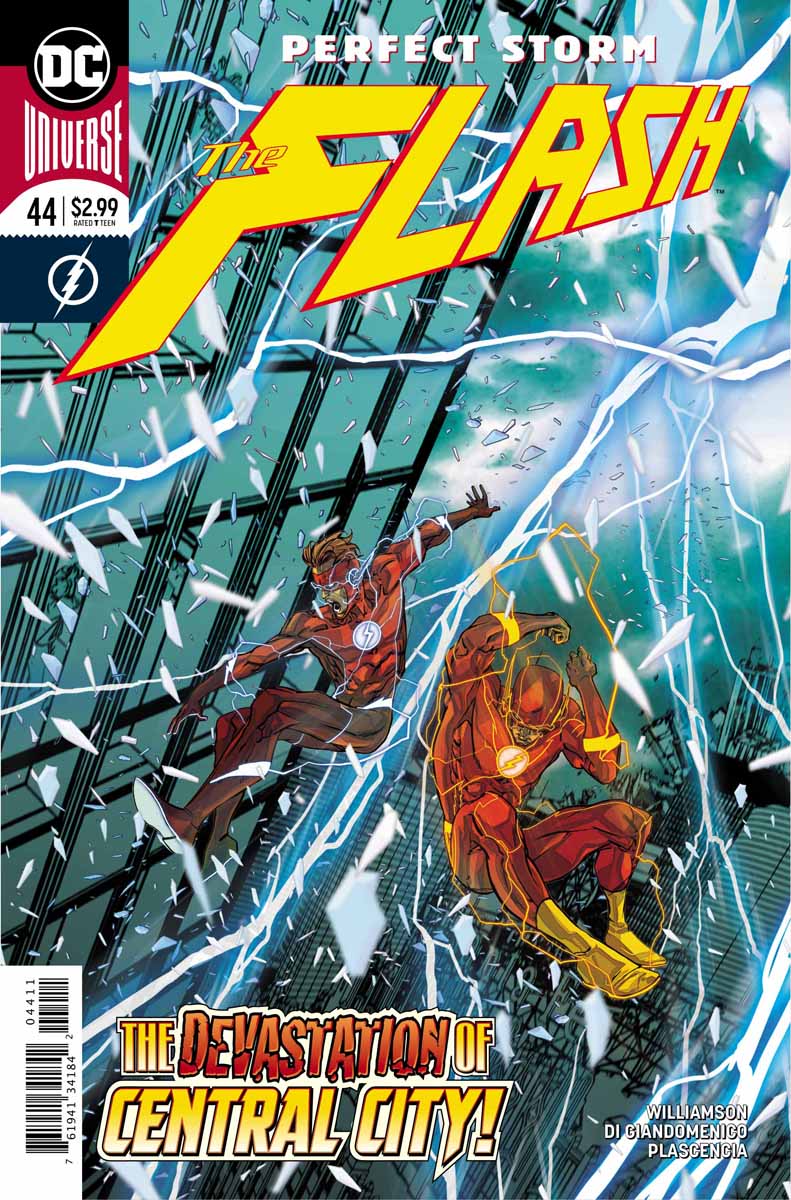 The Flash takes time out his fight against Grodd to have the rest of his team of speedsters evacuate people from Central City as it is devastated in the attack. As they speed away from the city, Barry contemplates his failures and his relationship with Iris. I want to care more than I do at this moment, but it is a little sappy, especially when my eye is focused on the fight, which Barry should be as well. Barry does manage to do something really clever as Grodd thinks he has the upper hand and a last-minute intervention puts an end to Grodd’s plans.

Unfortunately, the damage to Central City is getting worse and worse than that, it’s spreading. The Speed Force storm is getting bigger and will hit Keystone City next before it moves throughout the world. Barry decides to make the ultimate sacrifice in order to contain the storm before it spreads and as he begins his run, he’s confronted by Wally who gives him some information that he needs to hear. Information that I’ve been wanting someone to tell Barry through the last few issues. As the tension mounts in this issue, Barry is confronted by the fact that he is not alone and that all of the speedsters he’s trained and inspired are there for him. It’s a pretty nice moment for Barry and a well-written scene.

The issue ends with both a disappearance and the emergence of a new/old threat for Barry and the rest of the Flash family. What’s coming next for the characters has me intrigued. It looks like Williamson is about to re-introduce another classic Flash villain. One who doesn’t have the same grudge against Barry as previous iterations and knows all of the Flash’s secrets. It will be interesting to see where this story goes next and what this new direction for Barry and company means going forward.