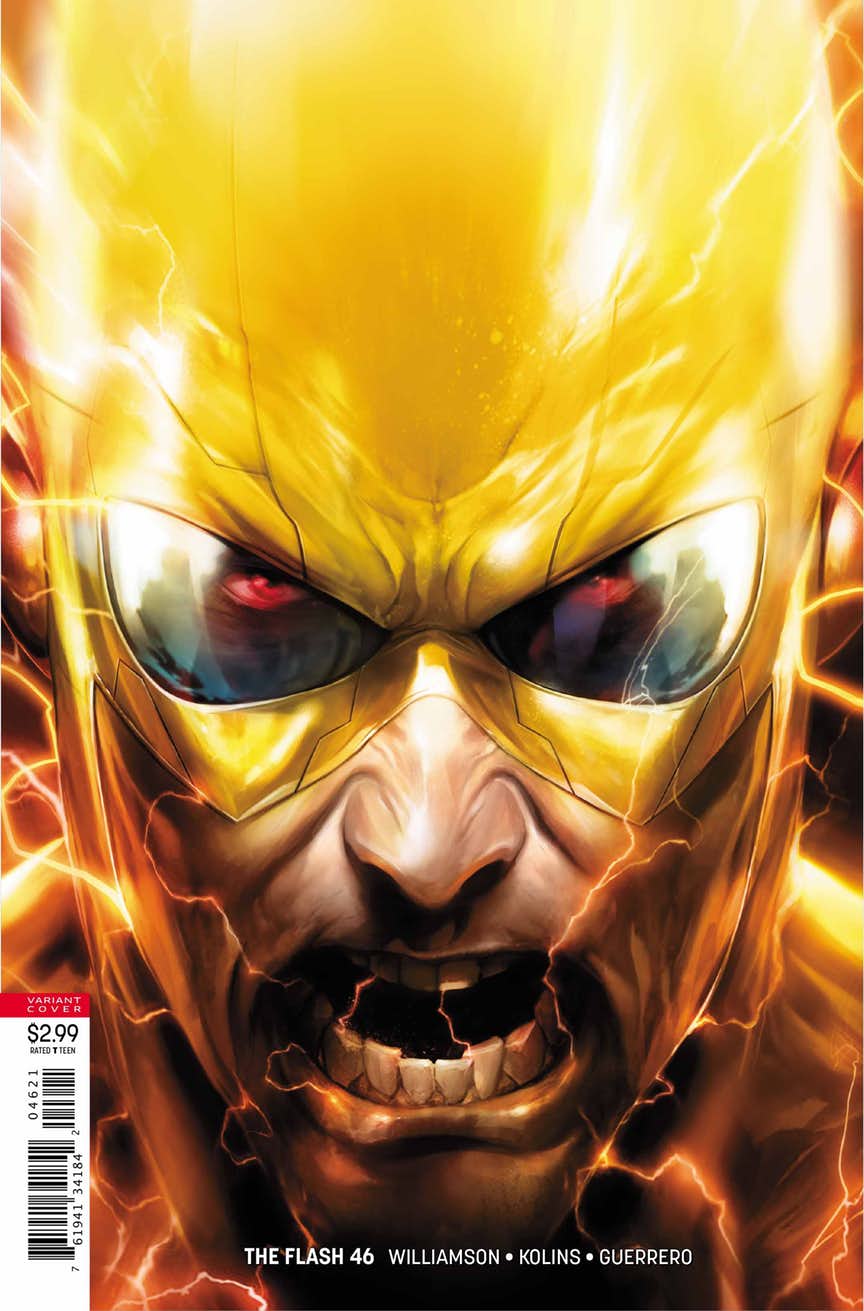 The beginning of this issue which serves as an entry on the road to Flash War recaps the history of Hunter Zolomon aka Zoom with his Flash Wally West. Right off the bat, I have always had a problem with the motivations of both Zoom and Thawne. Their motivations have always been thin and this isn’t really that different. It’s more interesting but still predicated on a thin motivation from Zoom. As he laments the circumstances that landed him in prison, he is released by Eobard Thawne so that the two of them can work together.

Barry and Iris are dealing with the flood of memories that seem to be consuming Wally and not even Zatanna, Martian Manhunter or Green Lantern can help figure out what the problem is. Wally decides that he’s done with the tests, even though Cyborg does, in fact, have some information that might help. It’s a good scene that shows the cracks in Barry and Wally’s relationship and how Wally is currently feeling about his connection to the speed force and his role as a speedster.

Barry, in his frustration, goes to seek out help from Batman at the cave and runs into Alfred. I really like this scene because it allows Alfred to have a moment to mentor Barry on the life that they’ve chosen and probably gives a more empathetic answer than Bruce would have. It helps him later when he catches up to Wally at a location significant to both of them for different reasons. Their interaction is well rendered and well written. It seemed natural and not overly sentimental.

As much as I continue to be on the fence about Zoom, the end of this issue makes me curious to see what he has planned for Flash War and how his plans affect the world of Barry and Wally. Williamson has crafted a story that is engaging and really helps prepare readers for something big coming over the horizon.