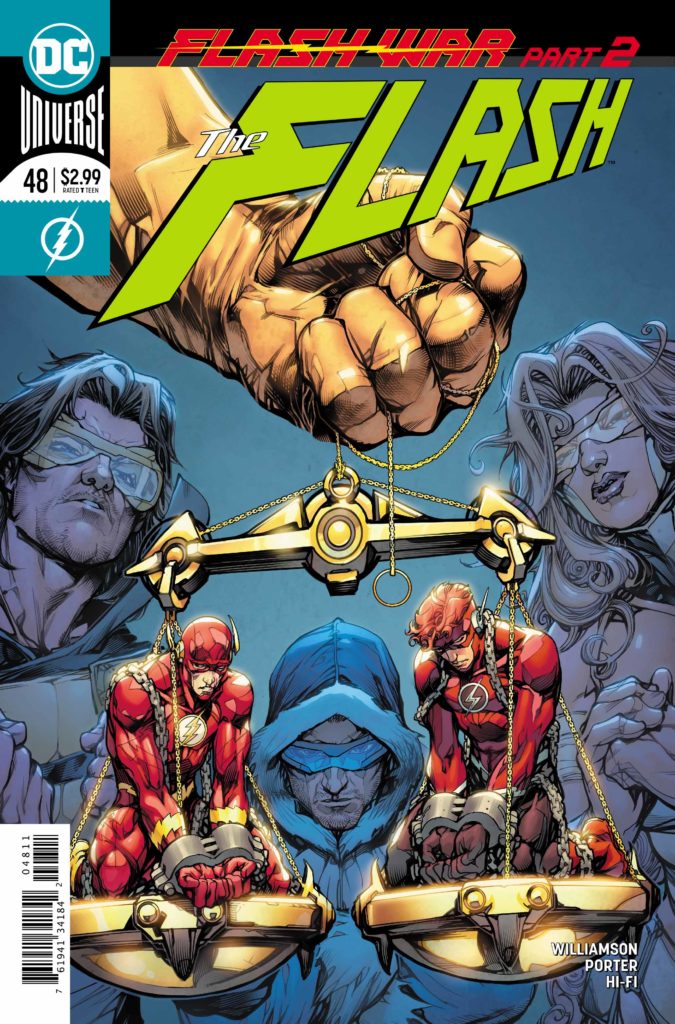 Zoom has brought Wally into the future to show him what he’s lost, specifically his children. It’s a pretty powerful scene that immediately puts Wally into attack mode until he realizes that there is something different about Hunter Zolomon.

At the same time, Barry, Wallace, and Iris are in the custody of Cold and his Time officers until they determine that Iris was telling the truth and Barry informs them that they are being played by someone else in order to bring them into the future. When they catch up to Wally and Zoom, Wally defends his former villain to the group and decides to take matters into his own hands against Barry’s advice. It’s a scene that is designed to make you angry both at and for Wally considering what he’s lost, who he’s teamed up with and what he is tasking himself to do.

Events are set in motion that are going to cause major changes to everyone involved and the first inkling of that change happens when Zoom escapes and Wallace, Iris and Cold are left to witness what is coming directly for them. Something that neither Wally nor Barry can save them from because they are dealing with their own issues across time.

“The Flash War” is starting to get good because there are some pretty big stakes involved for both Barry and Wally. Wally is willing to sacrifice everything for the sake of saving his children and Barry is trying to convince him that there has to be another way. Their back and forth is the product of some good writing from Williamson and the art from Porter is electric. Both characters have a valid argument to be made and their conflict looks like it is going to create something huge for all speedsters going forward.