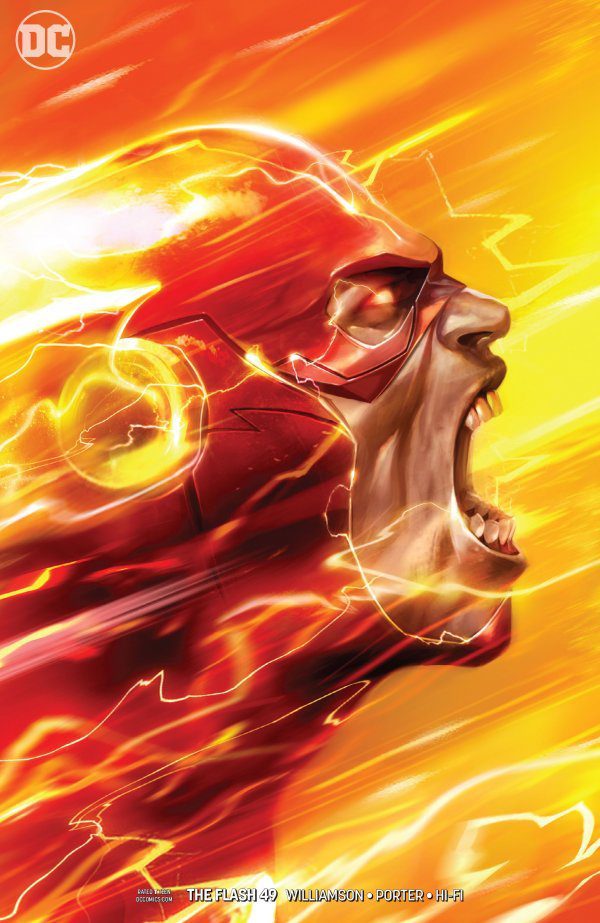 The Flash War continues as Amanda Waller and Steve Trevor move a force outside of Smallville to try and stop the speedsters. Barry tries to reason with Wally to stop before he causes a disaster like Flashpoint, but the hot-headed hero won’t listen.

Barry does everything he can to plead with Wally, but he can’t shake the knowledge from Zoom that his kids are caught in the Speed Force and the only way to free them is to break it, causing the end of all speedsters in the process. Unfortunately, the effects of Barry and Wally’s fight are felt around the world and in the realms of magic, the microverse and as far out as New Genesis. I like the fact that Williamson included those moments to show that the situation could have dire consequences for more than just speedsters.

As their speed increases, the threat grows to the point where the Justice League and the Titans are brought in to try to stop them both before their race tears apart the fabric of the multiverse. At the same time, Barry reveals that he knows more about what happened to Wally then he’s been telling and this causes Wally to get even angrier at his former mentor. Ultimately, the two make a choice that has the potential to make things even worse.

The story is definitely heating up and the tension is great to read. Williamson is building to something huge for the characters, but I still find myself at issue with the portrayal of Wally. I found his motivations, actions, and explanations childish and as much as I am enjoying the story, another arc where The Flash is manipulated into doing something stupid in order to unleash something worse is starting to become grating. I really want to see where Flash War is going, but the journey is starting to feel repetitive.