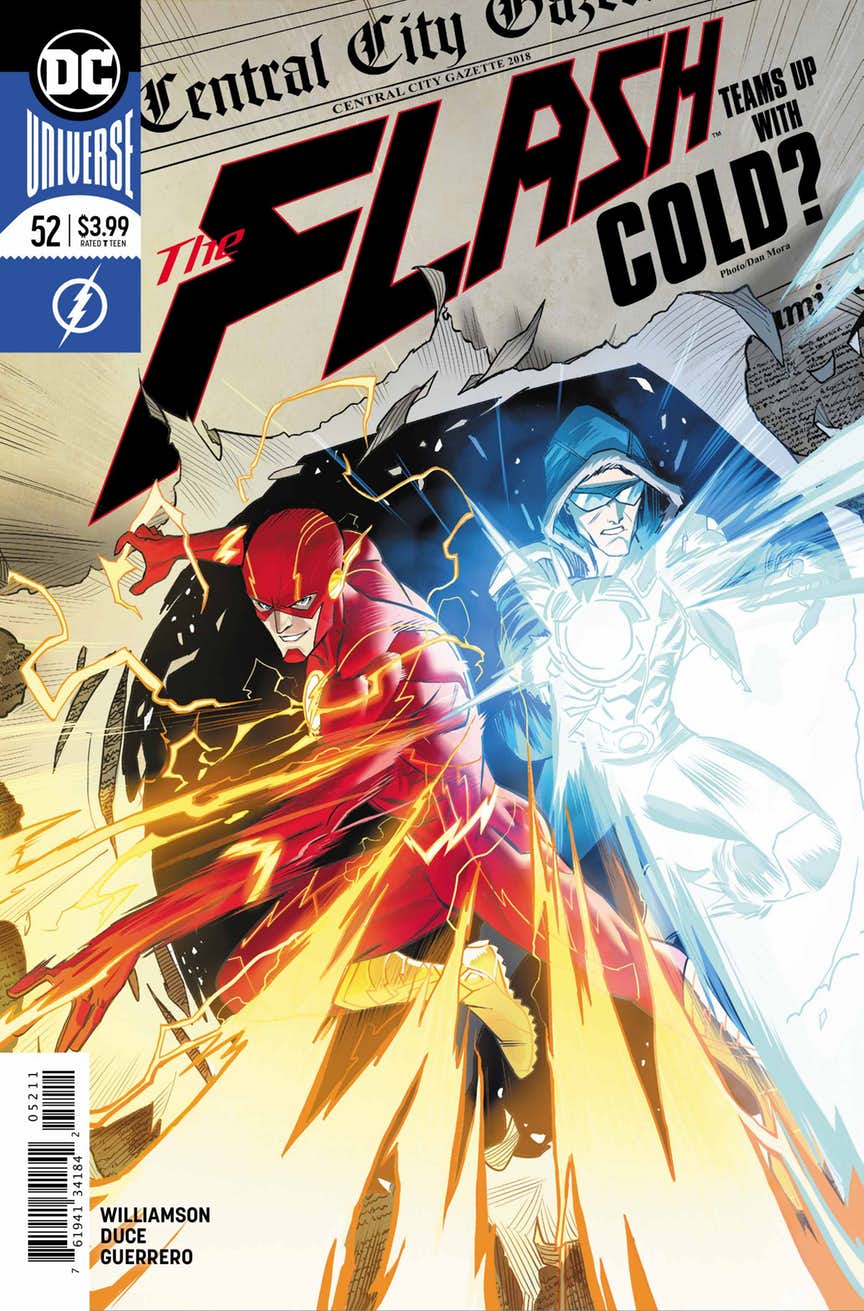 Barry Allen has gathered as many speedsters from across the multiverse as he can in order to find out anything about the new forces that have affected the speed force on his Earth. Unfortunately, he doesn’t get the answers he’s looking for and when presented with a possible path to finding some answers, he dismisses it before going back to his planet. I have a feeling that the advice he was given might be exactly what he should be doing. Back in Central City, Trickster is being held by detectives so that they can try and convince the young man that giving them information on the warden of Iron Heights might be in his best interest.

Unfortunately, the meeting is interrupted by a pair of winged hired guns who are after Trickster. Who they are working for is a mystery, but their actions bring out Flash and Commander Cold who find working together to be harder than they expected and Trickster himself is changed in ways that could be deadly for the Flash and the city.

Williamson continues to do some really good work with Barry. I like the fact that there are subtle changes to the character, but that he is still dealing with his own interpersonal issues, including his inability to slow down and look at the whole picture. It can be a frustrating personality trait in Barry, but it can also bring out some great drama from the character and the stories. I like the fact that the new forces that Barry is dealing with seem to be local and this gives Barry the opportunity to be the scientist that he is and investigate. I also want to see some kind of resolution to the Iron Heights storyline. It keeps being put on the back burner for larger arcs, but it is a good story that should be told.

Duce has some great art in this issue as well with some really well-done action scenes and fights. The shot of Commander Cold on his bike was great. Definitely a highlight of this issue. What also really worked was the entire domestic sequence between Barry and Iris. It was well done and helped to humanize Barry in a story that featured some pretty big moments.

Have you seen this:
Future State: The Next Batman #2 (REVIEW)
DC comics Joshua Williamson The Flash