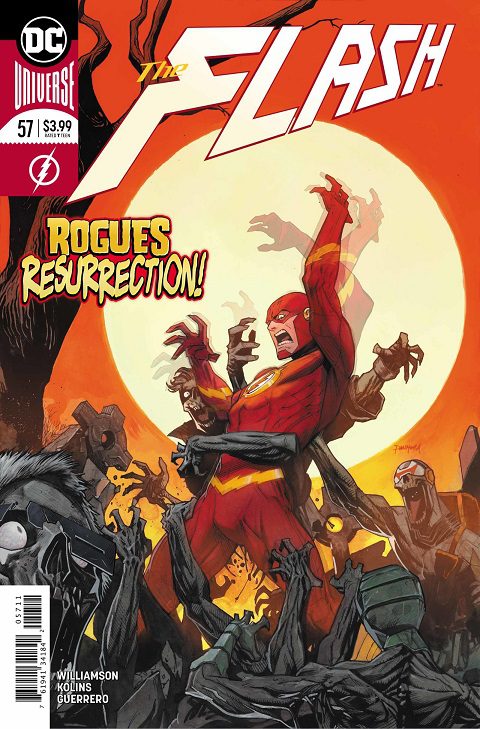 Mick Rory is fully entangled in the Sage Force and it is feeding on his pain to create a fire maze in Flash’s mind. A maze with no end with Barry and Detective Burns trapped in the center and an increasingly volatile Heat Wave getting ready to do something extreme. In the outside world, Commander Cold and Iris are working to find a way to help Flash and stop Mick before his heat destroys the city.

In order for Barry to find a way to stop Heat Wave, he has to finally find some direction. A possibility made harder by his constantly living in his head regarding Wally and Wallace. It’s going to take Iris remembering something from before Flashpoint and Cold making a desperate play to reach Mick mentally if they have any chance of stopping the Sage Force from taking over Heat Wave completely.

Williamson writes a satisfying end to the Faster Than Thought storyline and he crafts a new and interesting story going forward for both Barry and Iris. I like seeing the character evolution that Barry is taking and Williamson doing a great job of using the new forces as a catalyst for Barry to both change and atone for his actions. That being said, I do want to see Barry going to back to enjoying being the Flash and there’s hope that this next arc will bring some of that back with the new dynamic between Barry and Iris.

Holins does a good job with the art and I really enjoyed many of the action panels. I especially enjoyed the last few pages and the details in the characters. Good conclusion with some interesting things coming.