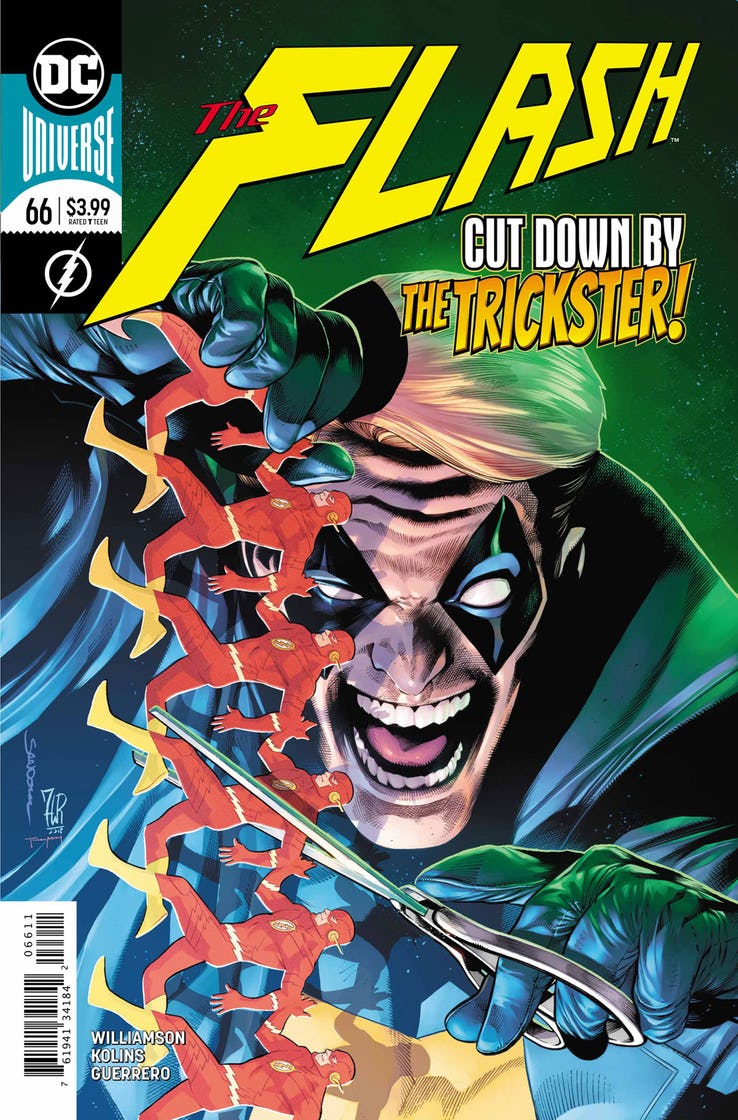 James Jesse has been working on his revenge against the Flash, Warden Wolfe and Central City for a long time and soon he’s going to be ready to reveal his greatest con to the world.

Jesse recalls his tragic story of being a child growing up in the circus with his con artist parents. He recounts how he just wanted to crawl into the corner and read his books, but his parents kept pushing him to perform. The want him to be like them and proceed to push him into more and more dangerous stunts. All of it culminating in a stunt that will find the boy on a tightrope with no net.

Further along in his criminal career, he has run-ins with the Flash that help him realize that he needs to expand his act in order to not be forgotten. When he gets sent to Iron Heights and forgotten about by everyone, Wolfe uses his time to mentally and physically torture the former rogue.

Unfortunately for all of them, Jesse is playing a long con and has something even bigger in mind for Central City.

Joshua Williamson has always crafted interesting and engaging stories featuring the Scarlet Speedster and his rogues gallery. Unfortunately, there is nothing interesting about the Trickster. Even the backstory laid out in this issue feels like a rip off of the Flying Graysons (I did like the fact that Williamson points that out in the issue) but less interesting. I never felt a connection to this story or the character and nothing in it gave me the impression that whatever is coming for the character is going to be anything interesting either.

Scott Kolins’ art is fine, but the subject doesn’t really allow for anything particularly interesting to see in the panels. That and Trickster is too clownish a character to depict as anything interesting or menacing.