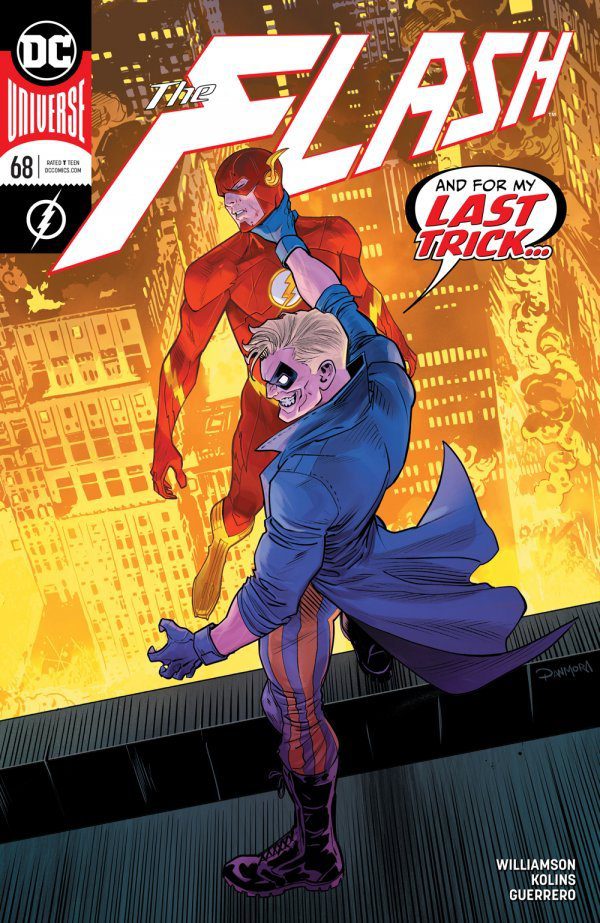 The extent of Tricksters plan begins to unfold as Barry finds himself in Iron Heights looking for Commander Cold.

Trickster has control of the entire city and is using the people to enact his greatest trick. One that will get him noticed again as well as allow him to get his revenge on Warden Wolff and everyone else.

Trying to get to the bottom of why everyone is so happy, Barry allows himself to be taken to the prison and put into a machine that will alter his mind using the sage force. Vibrating at just the right frequency keeps him from feeling the effects and he manages to find Cold and corner the Trickster. Unfortunately, a betrayal will stop Flash’s plans in their tracks and when he awakens from being knocked out, Trickster has performed a pretty extreme act on the scarlet speedster.

With the exception of the shocking twist at the end of this issue, this issue was a bit of a slog. Trickster continues to be uninteresting bordering on boring as both a character and a villain. His plot is not particularly inspiring and this still feels like an unnecessary distraction from the force quest storyline. The ending was interesting, but the rest of the story lacks anything compelling that would make me want to read further.

Scott Kolins has some really good art in this issue especially the Iron Heights splash page.