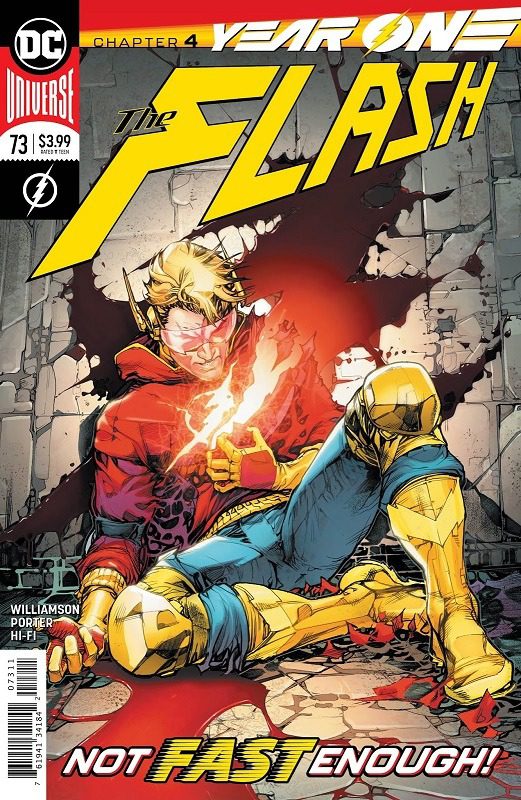 Still learning how to use his powers, Barry is going to have to speed up his education if he’s going to remove the bullet slowly making its way towards his heart.

Barry is losing a lot of blood and having a hard time concentrating as Iris arrives to tell him about the near-death experience she just had. After some tense moments, Barry prevails and decides that he isn’t doing enough to stop crime in Central City. After talking to Iris, he decides to pay a visit to Iron Heights to see The Turtle.

After learning the Turtle’s terrible story, he discovers that the villain knows more about him then he thought. Reeling, Barry runs to solve the mystery behind the Turtle’s plans only to have the future he’s trying to prevent explode into the middle of the city.

Joshua Williams takes Flash on an interesting time-bending adventure in this arc and this issue continues that story. Turtle is done well as a villain and the moments with Iris are great. Their dynamic is one of the better parts of this arc and seeing how Barry navigates that relationship, as well as his discovery of his powers, keeps the reader engaged.

Howard Porter always delivers art that is filled with detail and panels that give a sense of motion as the art unfolds. He captures the immediacy of Flash’s action and the action beats are always amazing.