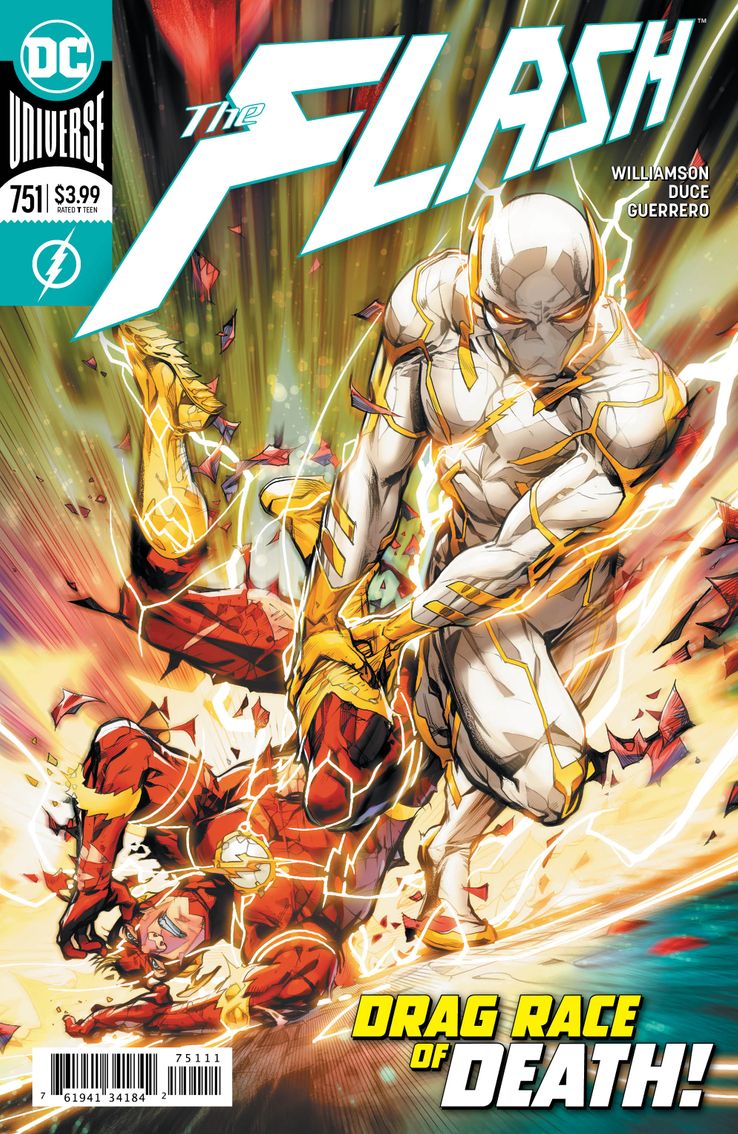 Godspeed and Paradox have lured Barry into a trap that could mean the end of the Flash legacy.

Godspeed has lured Barry to the Flash Museum where Paradox stands guard. As the speedsters fight it out, Iris sneaks into the museum to discover if there is something in Commander Cold’s files about the villain. What she discovers terrifies her to the point of telling Barry to run away, but it is already too late.

There is some great adventure to be found in this issue. Joshua Williamson is expanding on the Flash legacy in many different ways and while some work, some don’t and the ones that don’t are present in this issue. What worked really well was the Flash/Godspeed storyline. The interactions between the characters played out brilliantly and I enjoyed the banter from August as the two went after each other. What made it great was the twist that speaks to the strength of Godspeed as a character and his potential. What didn’t work are the retreads of previous arcs that seem to keep playing out. Barry constantly being thrown from one time, plane of existence, reality to another has gotten tiresome as a plot device and that was evident from the visible eye roll I couldn’t help but express at the last pages of this issue.

Christian Duce’s art is amazing and he does a great job of portraying the movement and power of the characters. Paradox is satisfactorily menacing in appearance and the movement in the pages are eye-catching.