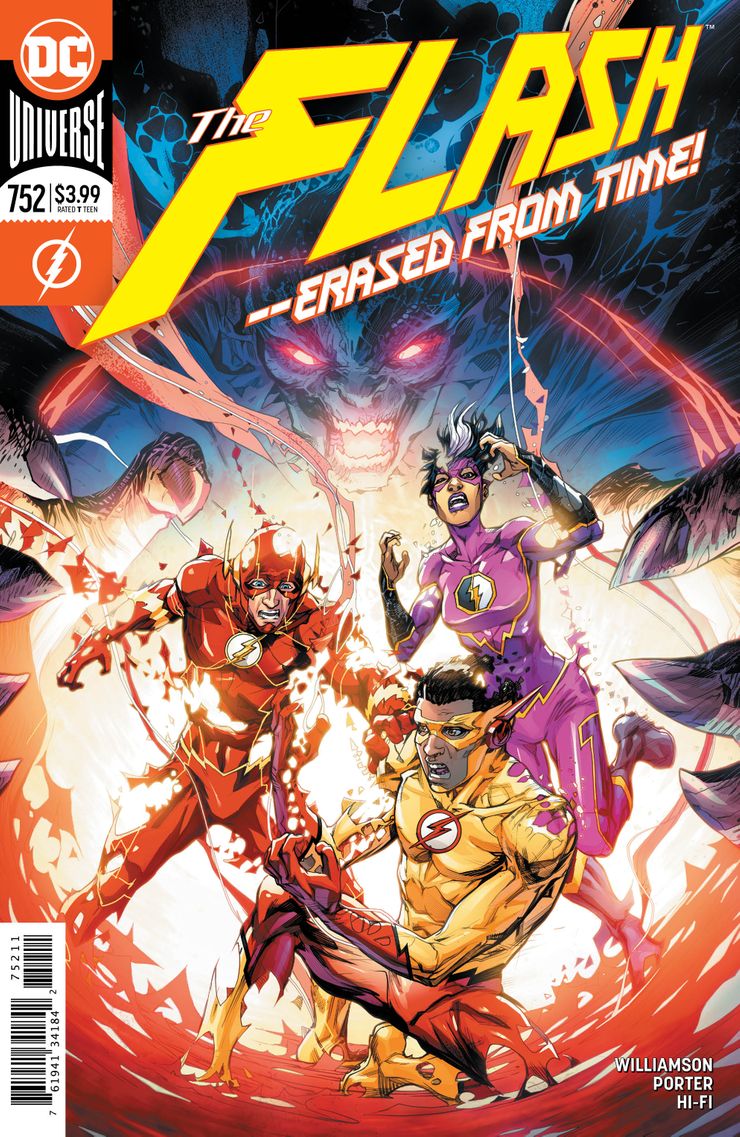 If Barry has any chance of beating Paradox, he will have to return to the defining moment of his life.

The Flash has been defeated and Paradox is preparing to make Godspeed his next victim. As Iris searches for Barry, the Flash finds comfort in the other side of existence with his mother by his side. She shows him a vision of his legacy in the form of a paradise populated by all the people Barry loves and those who have been touched by his actions. Unfortunately, the speedster knows someone is missing and that omission is what gives him the strength to break free from his prison.

Joshua Williamson crafts a fast paced and engaging adventure for Barry. What makes the story work is giving Barry the presence of mind and intellect to realize what is happening to him and the wit to end it using his intellect and investigative skills. The story takes on a new tone at that point and it connected with me as a reader and fan of the character. Barry is no longer on the defensive and has the kind of presence that makes the character worth reading. This is an exciting issue that promises more excitement to come.

Howard Porter enhances the excitement with beautiful visuals that contrast both the paradise Barry is trapped in and the hell he escapes to. The panels are gorgeously detailed and the story has an energy to it that is captured in the art.