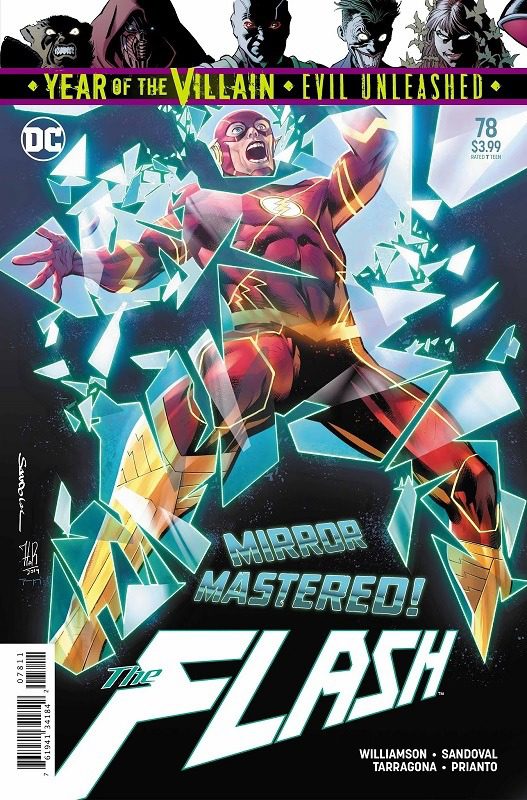 With the Speed Force dying and his powers fading, can Barry Allen outrun death itself to save a life?

The Flash and the force users find themselves fighting each other as Psych tries to find a way to escape and keep running from the Black Flash. Barry manages to stop everyone and get them back to Central City where Cold has found a way to track the Black Flash if he gets close. While Kid Flash and Avery help out by taking out the rogues loose all over the world, the Black Flash reappears in Scotland. Barry determines that the only way to save Psych will be to sacrifice his connection to the Speed Force and races after him, but it might be too late for the Sage Force user.

At the same time, Captain Cold tracks down another member of the Rogues in California. When he, Heatwave and Weather Wizard discover that Mirror Master is living it up in Malibu, Snart finds it hard to convince his old friend to join their new team. With one avenue closing, Cold decides that the next person on his list will be his sister. Unfortunately, he is going to find that recruiting her could be harder than Mirror Master.

I am enjoying this story arc for Barry and the inclusion of Black Flash adds a higher level of tension and drama to the story. Joshua Williamson is taking the character in some interesting and fun directions with the exploration of the forces and it will be interesting to see how he concludes this part of the story as well as how the newly formed Rogues factor into Barry’s future as the Flash.

Rafa Sandoval has some beautiful art in this issue and everything from the action to the characters looks fantastic. All of the action scenes are filled with movement and power. I loved how this book looked from the first pages.