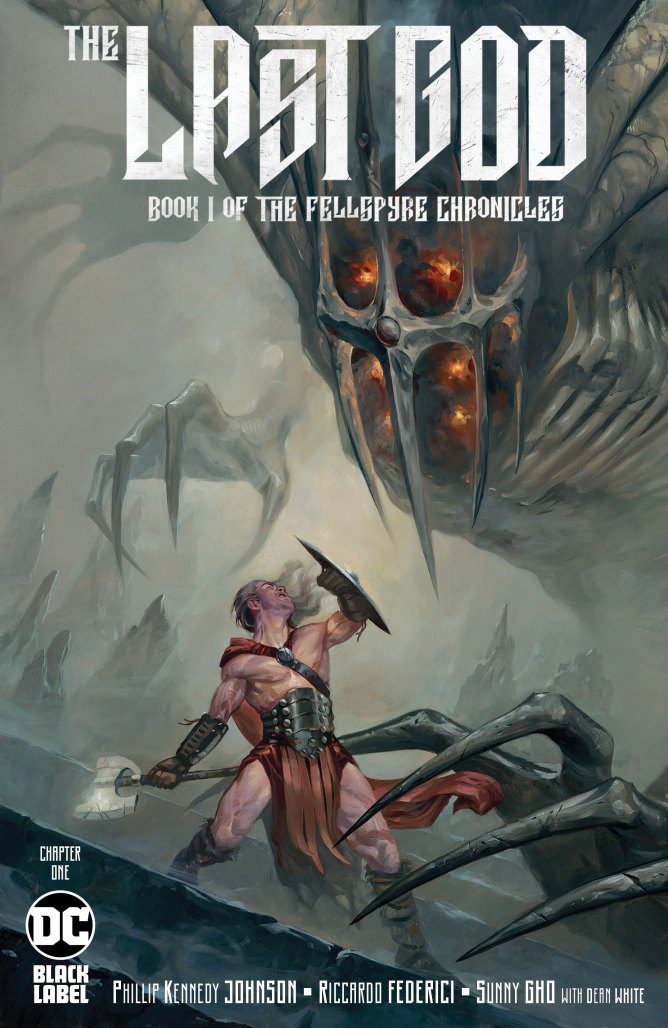 In an ancient kingdom, a legend of the fall of the last demon god is told. A group of fighters from across the land band together to take on the demon hordes and the plague it has unleashed. As the warriors fight valiantly, the mortal warrior Tyr strikes the final blow to fell the creature and free the land.

Years later, Tyr is king and the other warriors live in a free land. When the king and his warrior queen attend a celebration of their victory, they find that one of the gladiators on display has made a name for himself with both his brutality and his mercy. At his final victory, he reveals himself and the king is overcome with a mysterious ailment that will drive him from the arena and signal the return of the evil that nearly wiped out the world.

The first issue of The Last God is an amazingly dense and well-written. Phillip Kennedy Johnson captures the best aspects of a sword and sorcery tale as well as establish secrets to be uncovered, betrayals to be revealed and characters that are engaging and interesting. This first issue nails everything that readers love about fantasy and I am enamored with how well this story unfolds. I can’t wait to see what happens next.

The art by Riccardo Federici is fantastic. I love how the characters look and all of the details throughout the issue.