The Renaissance of Marvel

Let’s all agree on something as fans. The Marvel cinematic universe has been the linchpin for the publisher for years now. While the comics side of Marvel has floundered, the MCU has kept the fans coming in… but for what? Marvel over the past five years has been listless, rudderless, confusing, and let’s face it… a mess.

Such a broad statement obviously doesn’t apply to every last book that the House of Ideas has produced during that time; there have been numerous bright spots, but the publisher as a whole has suffered set backs. Need evidence? Look at the wasteland of relaunches, reboots, and new number ones that now litter the comics landscape.

In fact, here is a little challenge;

Name one Marvel series that has gone past issue number 60 in the last five years…I’ll wait…stumped? There is only one. Star Wars.

Enter the big announcement from Marvel. Kevin Feige the ring leader behind the uber-successful MCU has been named Chief Creative Officer at Marvel in addition to being president of Marvel Studios. Feige will now be responsible for the overall creative direction of Marvel’s storytelling across mediums, including publishing, film, TV, and animation.

So what does this change mean for Marvel moving forward? Will Marvel now use the comics division to set up and deliver new projects that will feature in TV and film? Will the comics division be a testing ground for new characters and properties? No details have been released on just how involved Feige will be on the comics side, but rest assured it appears that a new day is dawning for North America’s leading comic publisher. 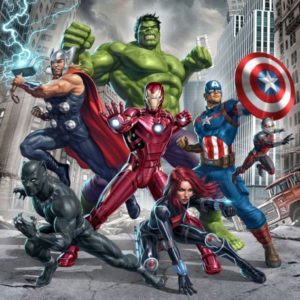 This could be the golden opportunity that Marvel has been waiting for. A chance to re-consolidate, and unify the various titles and characters that have been left to wonder aimlessly for years now. Fans have recently seen what can be done when a relaunch is handled correctly as Johnathan Hickman’s reboot of the X-Men franchise has become a legitimate smash success and returned Marvel’s merry mutants back to the top of the sales chart.

The House of Ideas could be poised for a renaissance. Stream lining the comics division and placing major titles in the hands of top talent could push the publisher into a new golden age… but there is always the chance that this change might not be the solution that some are expecting. Feige has had success in directing traffic on big budget, heavily marketed film projects that came with built in mainstream audiences. Now Feige has to learn how to cater to the hardcore fans and supporters… how to impress and mobilize an army of True Believers that are not so easily swayed and much more vocal in their discontent. This could blow up in the COO’s face.

While it’s far too soon to know which direction the proverbial chips will fall there is speculation in the air. Marvel fans will hold their collective breaths as they wait to see if the new man in charge will lead them down a road to riches, or a road to ruin.