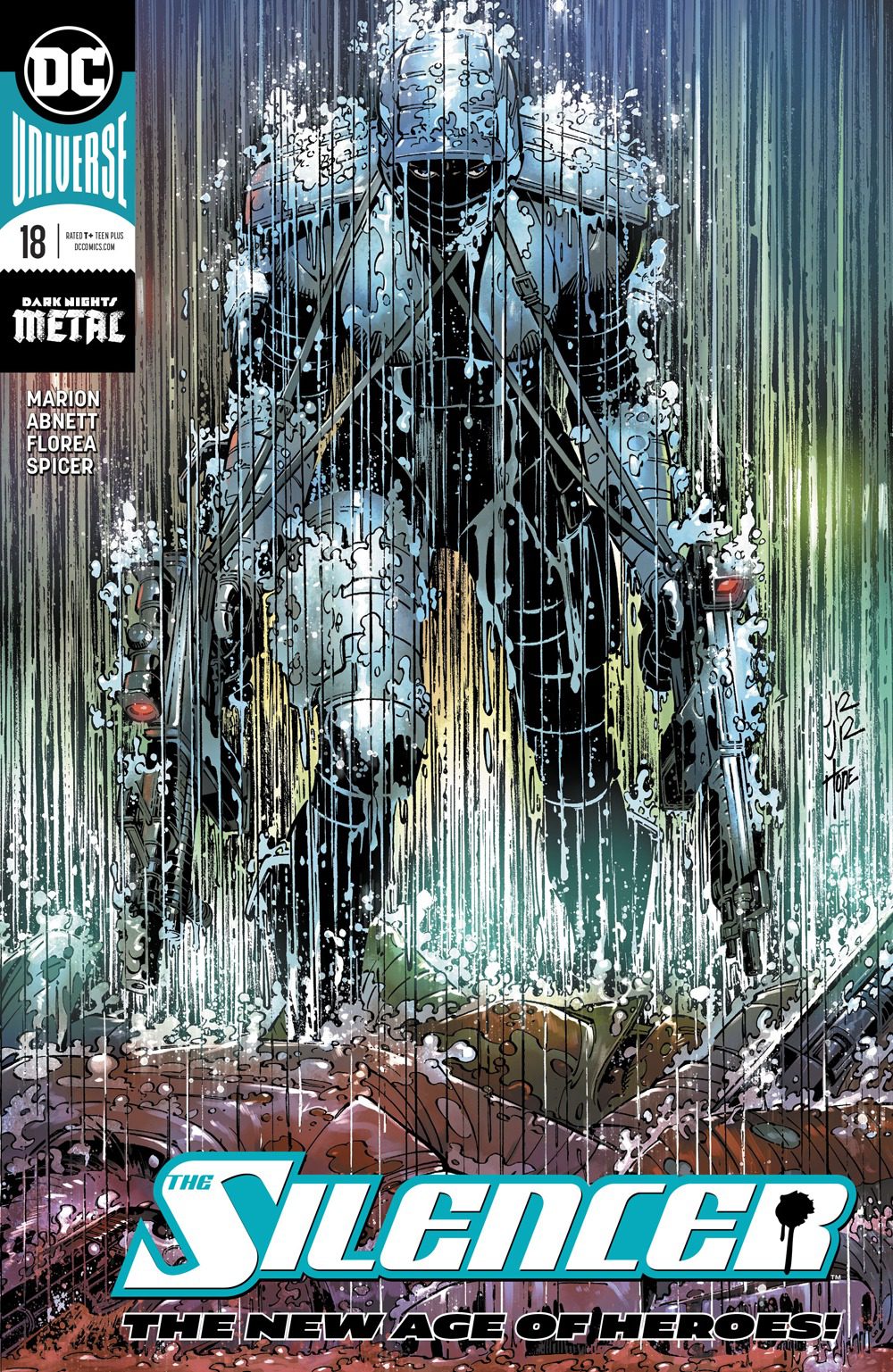 There are no two ways about it: the fact The Silencer has come to an end sucks. It outlasted all of the other characters who emerged from DC’s New Age of Heroes. Honor Guest kicked ass.

Dave Abnett developed this character into a promising new character in the DC Universe, and her presence became even more powerful once V Ken Marion took over the artwork.

All that being said, The Silencer’s story was in a position such that ending her story after 18 issues didn’t seem forced. Marion and Abnett definitely left room for the story to continue, while, at the same time, putting a bow on Honor’s run in The Silencer #18.

Trust has been a theme throughout The Silencer’s run since Honor disappeared and Blake realized there was something more to his wife. Marion and Abnett provide an interesting commentary on the matter, through a man having to trust his wife’s intentions and her passion, rather than the roles being reversed.

The Silencer has been loaded with action, especially since Marion took over. However, The Silencer #18 was a little different in that regard. But it worked for this chapter of the story.

(Spoilers ahead. Don’t read anything below if you haven’t read The Silencer #18.)

What a great ending. Even in the last panel, Marion and Abnett leave you on the edge of your seat. It’s a crime this series is over.

As someone who reads Deathstroke, his cameo was unexpected.

If you’ve been reading The Silencer from the first issue, you know these two have crossed paths and they have respect for one another. But with everything that’s going on in Slade Wilson’s world, his cameo was impossible to force. Very nice touch and Marion’s approach compliments Deathstroke and his personality well.

Again, I want to read more of The Silencer. I have an idea of what Deathstroke is referring to when he says Leviathan is dealing with something bigger, having read Superman Leviathan Rising #1. Hopefully, The Silencer can make an appearance in that story, too.

Even if she doesn’t pop up there, DC needs to find a way to keep her in the mix. Honor Guest is too cool of a character to be benched.