The Sound of Violence in “Saga” Issue #41 (Review) 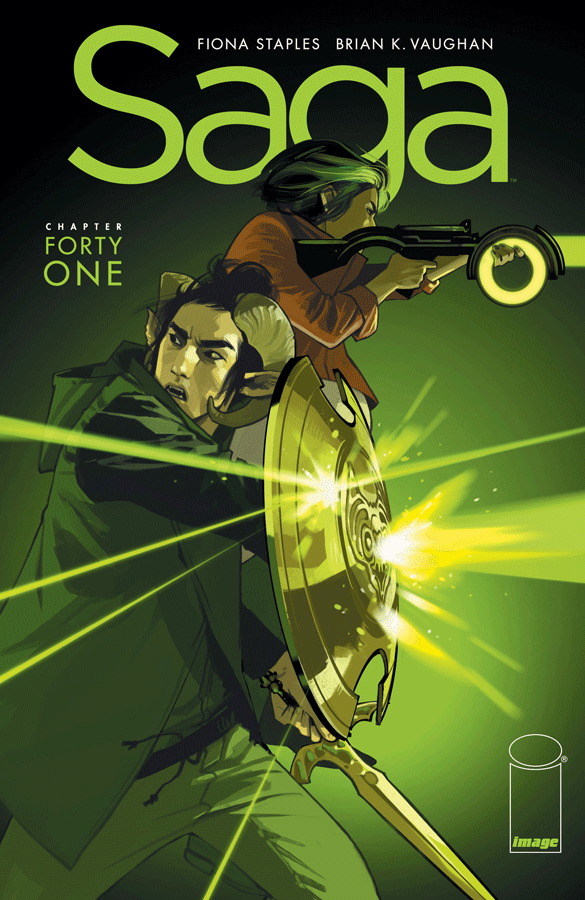 In this issue, Brian K. Vaughan keeps pushing forward the story in the War for Phang. As usual, he doesn’t make things easy on the characters. Remember the celestial object from last issue that looked like a massive baby? That’s a Timesuck, and the characters are headed straight for it. According to Petrichor, they’ll crash into it within an hour. The theme of family that runs throughout the comic is very present in this issue, as almost every character is fighting to protect his or hers.

We see the Will reuniting with Gwendolyn, Sophie, and Lying Cat, craving a bit of family connection. But Lying Cat chooses to stay with Sophie, and Sophie chooses to stay with Gwen and “change the lives of millions, not just the individuals men like [the Will] are paid to hurt.” Gwen made a deal with Landfall to help Wreath—and likely, specifically, Marko, Alana, and Hazel. She tells Sophie, “No, for the good of Wreath, we’re strategically coordinating with associates of opposition forces on 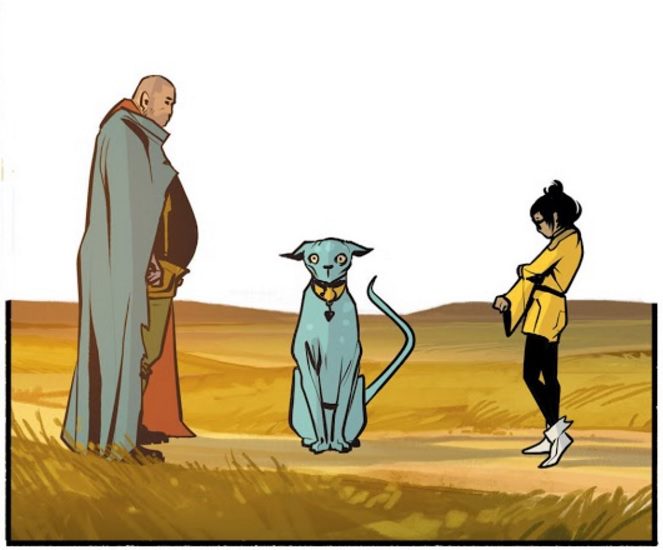 actions involving a third-party world.” Alana successfully knocks out Sir Robot using a lamp (after he threatened to kill himself last issue because he believes himself to be a bad father), and afterward she stands up to the March, who holds Kurti hostage. I love the panel where she’s aiming the rifle at the March. Although she’s very pregnant, Alana has no hesitation or fear in her eyes. As always, she does everything she can to protect her family. Even Hazel uses her magic—eksplodis—to cause the March to release Kurti, who she has grown close to on Phang. Perhaps most important, Marko picks up a gun again to kill the March and save his family. All these characters have made personal sacrifices for the good of those they love—and they don’t regret it. They know they’ve made the right decision.

Have you seen this:
Radiant black # 1 (REVIEW)

As this arc draws to a close next month, I’ll be interested to see Gwendolyn’s role in it all. She says she’s helping Landfall for the good of Wreath. Does that mean Marko, Alana, Hazel, and baby-to-be will be able to live semi-normal lives? But how will they escape Phang to even have that chance? With Phang about to crash into a Timesuck, it seems not everyone will make it out alive. Who will we say goodbye to? 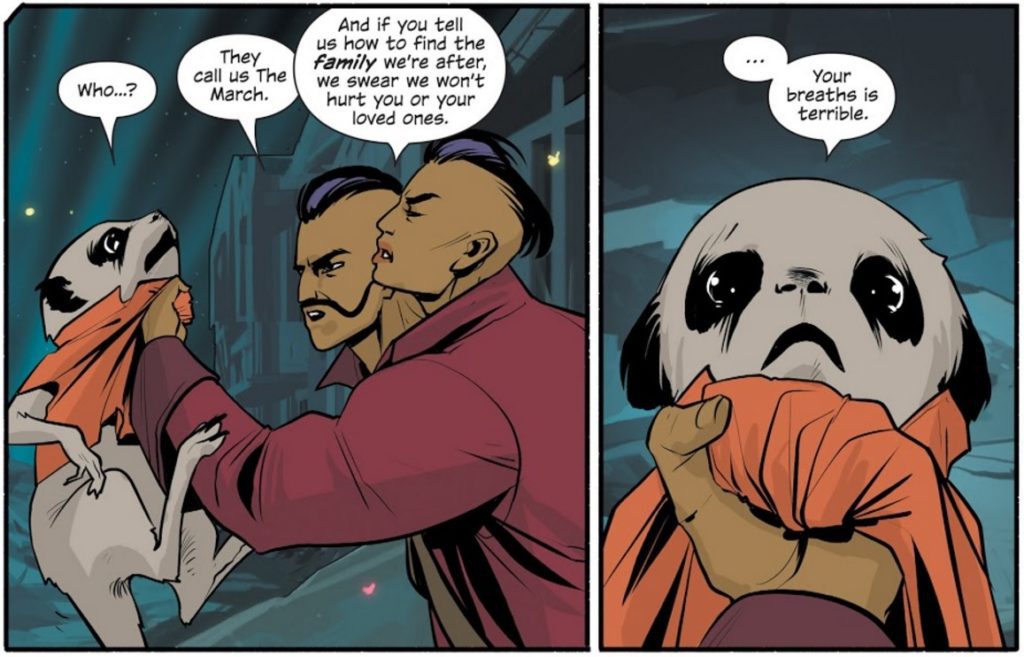 Fiona Staples’s signature art is always one of my favorite parts of Saga. Staples uses thick, black line work and bright colors in the foreground and more muted colors in the background, allowing the characters to pop off the page. When the characters express an emotion—anger, fear, love—you can feel what they feel. She also has a knack for creatively representing different places and creatures, which must be difficult for a comic like Saga, but she pulls it off flawlessly. They all have a different look and feel. It’s like she never runs out of good ideas. And how cute is Bootstraps the pig? Although the team has taken out the March, I hope Bootstraps gets a good home among Marko, Alana, and Hazel. Her cover shows Marko and Hazel doing what they do best—fighting alongside each other to protect their family. As gunfire bounds off Marko’s shield, Alana aims her rifle straight ahead. The dark green colors and shadows make me feel as though the cover is foreshadowing something ominous. 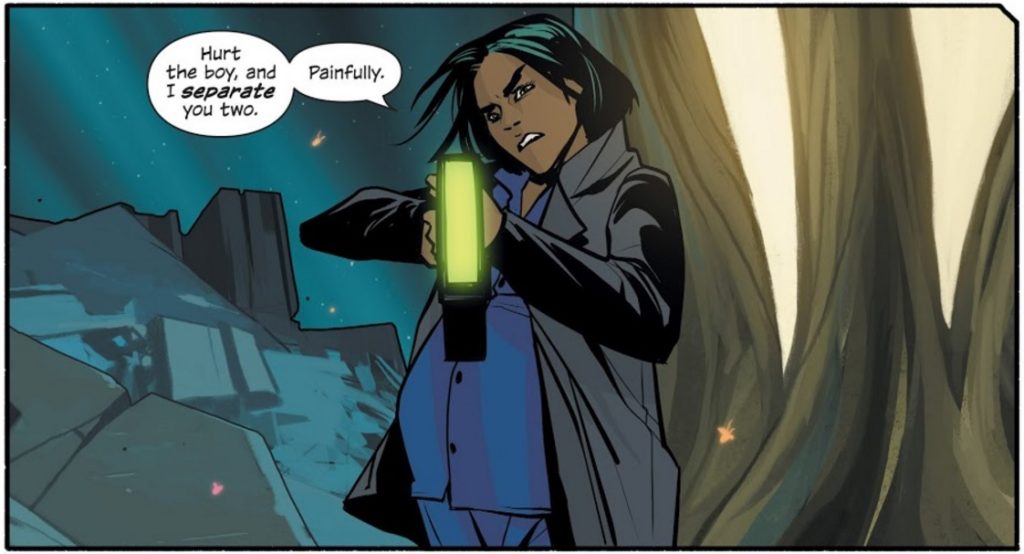 Again, Vaughan continues to move the story forward to the arc’s conclusion. How will the characters escape Phang? Will Sir Robot sacrifice himself? Will Petrichor? Is the war between Landfall and Wreath actually ending due to Gwendolyn’s help? What did she give to Landfall? With Vaughan’s impressive storytelling, anything can happen.