The Surprise Return of Rick and Morty 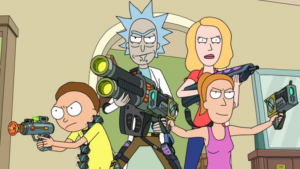 On April Fool’s Day, Dan Harmon and Justin Roiland played a cruel and glorious joke. In case you’ve yet to hear, the creators of Adult Swim’s Rick and Morty did a surprise premiere of the much anticipated season three on Saturday evening, nearly three months before its set release date. 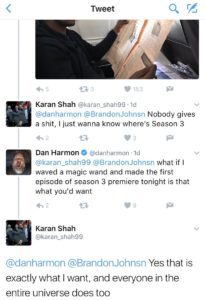 “The Rickshank Redemption” picks up more or less directly where the season two cliffhanger left us with Rick having turned himself into the Federation to spare his family. Things were looking bleak for the Sanchez family and Roiland and Harmon continue their trend of dark and poignant comedy with a complexity that merits repeat viewing. Despite the difficulties of writing such a deep and layered program, Harmon and Roiland show no signs of fatigue as The “Rickshank Redemption” hits the nail on the head with its balance of science fiction and humor. 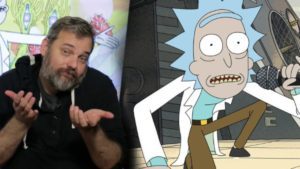 If you were dumb like me, this appeared to be too good to be true and you missed it live. For a short while, Adult Swim was streaming the episode however that has ceased. For now, it’s up to the fans of the multiverse to find a place to watch it. Otherwise, it looks like we’ll have to wait until the summer for squanch time.

Edit: Announced in a new teaser video, the season 3 premiere, “The Rickshank Redemption,” will re-air on Adult Swim every night this week at 10 p.m. ET/PT.

Get caught up with Rick and Morty Seasons 1 and 2 on Hulu and check back for GWW’s continuing coverage of all things Rick and Morty.