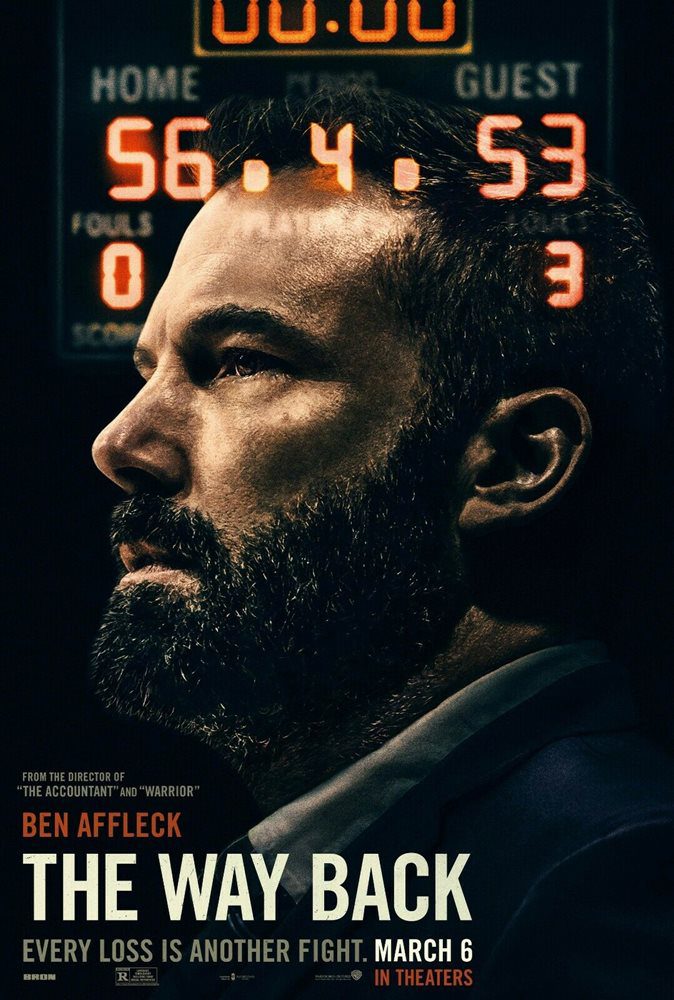 Jack Cunningham wakes up. He takes a shower, where he cracks open a beer. He then drives to his job at a construction site, where he pours himself a generous pour of liquor. He takes a swig in the car, and then takes a swig on the way up. If asked, he would probably describe himself as a functioning alcoholic. It’s only natural to wonder how long the “functioning” part will last.

Compared to most other vices, alcoholism has always had a place in filmmaking. Even stretching back to the days of the Hays Code, films like The Lost Weekend and A Star is Born unabashedly depicted the crippling drinking problems of their main characters. But it takes on a truly raw quality when we see Ben Affleck was this film’s protagonist. Affleck’s struggles with alcohol have been frequent and public. Most recently, he claimed in a New York Times profile that a friend told him if he had stuck around to direct The Batman, he would likely drink himself to death.

Have you seen this:
SWEET PAPRIKA # 1 (REVIEW)

It’s knowledge like that which makes Affleck’s performance in The Way Back so painfully real. We get to see Jack at both his best, where he is gregarious, warm, and passionate. When he dutifully comes by his sister’s to wish his niece a happy birthday, we see being a good person comes very naturally to him. It’s when he’s alone and begins to drink that he becomes a different story. His eyes become hollow and downcast. He slurs his words. Through the first 20 minutes, we see what a man drinking himself to death looks like.

He gets a lifeline in the form of an offer from his Catholic old high school: the previous coach had a heart attack, and, since he was a star player, the priest who runs the school believes Jack would be a perfect fit to coach the team.

What unfolds from there is a mostly schmaltzy, predictable drama about the powers of teamwork and the obstacles one can overcome if they truly believe in themselves. Director Gavin O’Connor dutifully goes through the inspirational sports movie motions, but also shows he’s a clever filmmaker. He relies on our familiarity with inspirational sports movies to also craft a story of one man’s addiction and the consequences he reaps as a result.

Through Affleck’s moving performance, O’Connor (who also directed Warrior and The Accountant) finds the compassionate masculinity that underlies most of his films. Is The Way Back a little gooey? Sure. For having such a raw personality, Jack sometimes feels out of place against the typical cast of misfits that populate the teams in these kinds of films. And there are a number of moments where I rolled my eyes because of their obviousness. But the film is so sincere, and anchored so strongly by Affleck, that I found myself overlooking those flaws more often than not. Much like the character at its center, you find yourself rooting for the film all the same. Flaws and all.

Ben Affleck the way back
Are you an Insider?News, reviews, & updates are just the beginning.