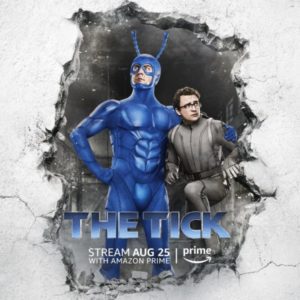 Every so often a hero comes along that is big, fearless and… BLUE! The name of this hero is The Tick. For those who are not familiar with the “wild blue yonder,” I will give you a short history lesson.

The Tick started out as a newsletter mascot for Boston’s New England Comics chain. He was created by Ben Edlund in 1986 as a spoof of comic book heroes. After the character gained popularity, he spun off into his own independent comic in 1988. The Tick soon found his way into a 1994 animated series on Fox, a videos game, and two live action television series. Along with all of this, his majestic chin graced plenty of merchandise. IGN put him at #57 in their list of Top 100 Comic Book Heroes of All Time, and it is well deserved.

This new version of The Tick is very similar to what we have seen before. He is a tall, muscular, man… alien… bug… whatever he is, who only wants to 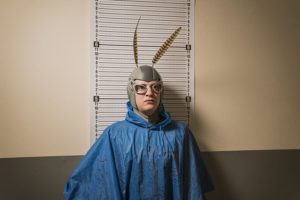 defeat evil and find justice. He knows nothing of his past, including his name, date of birth, or origin. There is also a naive charm about the character. The Tick sees the world anew, sometimes seeming downright dumb, but more often than that, bringing attention to how simple some problems can be solved. He is the nearly invincible hero that this planet needs. With the help of his sidekick, Arthur, the evils of the world will not stand a chance. Something Amazon’s show does is lets you dive into the life of Arthur. He is an every-man turned super hero and grounds the flighty Tick.

The Tick is currently streaming on Amazon Video and is free to those who have their Prime service. It is only 6 episodes as of this writing, but we will get the other half of the season (hopefully sooner than later). At under 30 minutes per episode, it is a very easy and fun show to binge. You do not have to know anything about the source material but will get more out of it if you do. And after you watch this new adaptation, go watch the 2001 live action show, also on Amazon Video right now.

After this photo, I will give my spoiler-full review. Go watch the show before continuing! 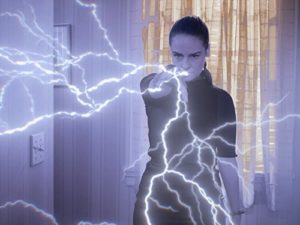 In episode 1 we are very quickly introduced to the cast of characters. We learn that Arthur is not doing too well mentally and his sister, Dot, is trying to be there for him when she can.  Arthur believes that the evilest of men, The Terror, is still alive when the rest of the world thinks him dead. Of course, Arthur is right, but nobody takes him seriously. That is, except The Tick! Together they find Ramses and Miss Lint, two more evildoers who can bring them one step closer to The Terror. Between this episode and number 2, Arthur receives his iconic moth-like suit. This one has had a lot of technological upgrades compared to ones in the past. Of course, this gets the attention of the Pyramid Gang, Ramses’s minions. 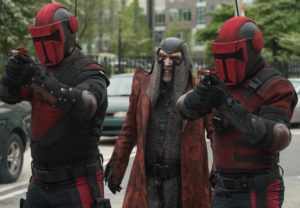 Episodes 3 and 4 start to fill in a lot of the minute drama and story that a series like this needs. The Tick is trying to help Arthur both find The Terror and convince his family that he is not crazy. At the same time, The Tick himself is trying to remember who he is. This is a dynamic that the 2001 series did not really explore. The show on Fox felt more like it was happening inside of a comic book, where the Amazon one feels more realistic. Both of them work with the scripts they are given. I find it very interesting to see this new side of the characters without losing their identities.

This half of the season ends with big fights and a lot of dead nameless characters. This is another contrast from the 2001 show that was a lot more family friendly. The violence in this show is very unique to itself. While I would not let a small child watch it, I do not see a need to make them wait until adulthood. There is a nice balance because characters like The Tick and Arthur do not want to kill people, while the villains have no regard for human life. I will say that any violence in this series is due, there is nothing above or beyond what is needed for the plot to move along.

While this show does not bring anything life changing to the table, it is also not trying to. Ben Edlund is not trying to reinvent the wheel, he is simply trying to tell another story about his beloved characters. He gives us good guys who are obviously good and bad guys we hate at first site. In a world where DC and Marvel are literally everywhere, it is nice to have a break like The Tick. He brings us to a simpler time and reminds us what real heroes can look like.