Tiny Barbarian DX is a game by StarQuail Games and published by Nicalis, Inc.

Tiny Barbarian was released on the Nintendo Switch on 10/10/2017 retailing for $30 for digital download, and the same price for the physical copy which includes a few extra goodies such as a full color instruction booklet, a free chibi PVC keychain, and a small microfiber pouch.

The game is a 16 bit 2D side scrolling adventure game. You star as a unnamed barbarian who wakes on a stake and begins a journey of revenge. There are four episodes in the game each sporting a different story, without spoilers the first story is about the Tiny Barbarian trying to rescue his girlfriend. All the levels/locales vary from desert locations, to cities, to even underneath the unnamed city in the sewers. 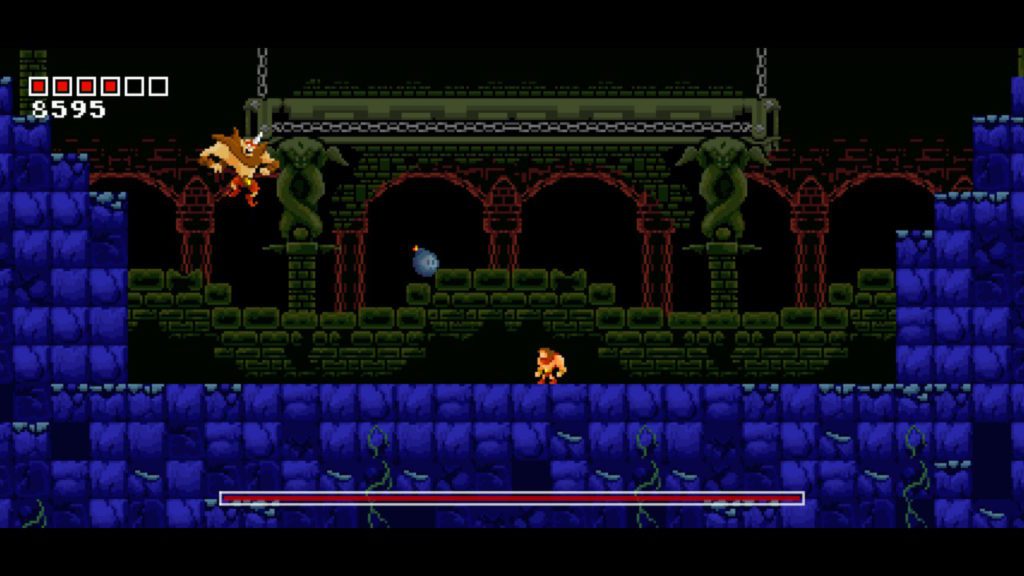 The controls are pretty basic, one button to swing your sword, and another button to jump. You have a few different variations of attacking. You have your basic sword swing, but you also have a downthrust, a up-swing, and a spin attack while jumping in the air. There is also a feature that allows you to turn on auto-grab for when you are climbing on ledges, or vines, or things of that nature you don’t have to press up while jumping. By default this is off, so if you want to grab onto something you will have to press up while in front vines, or other climbable objects. 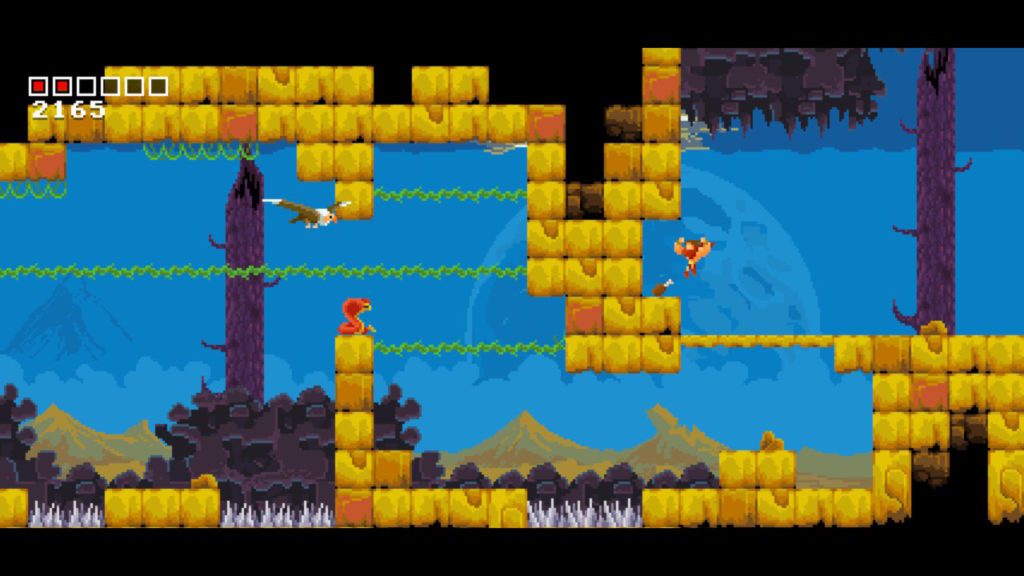 The boss battles so far are pretty fun, the first boss reminded me of the first boss you face in Contra except relevant to the time set in this game, the second boss involved having to swat back bombs at him to defeat him. There is also some variety in the game, you are not always just going from left to right, sometimes the level exit is up, or down, etc. There’s also some slight puzzle solving in the way of breaking up blocks to find hidden objects, and in one case the actual level exit.  There are also things like rideable creatures that help you move through levels quicker.

The graphics are beautiful in that new-retro sort of way, and if you played video games in the 8-bit, and 16-bit era you will definitely enjoy the graphic presentation of this game. 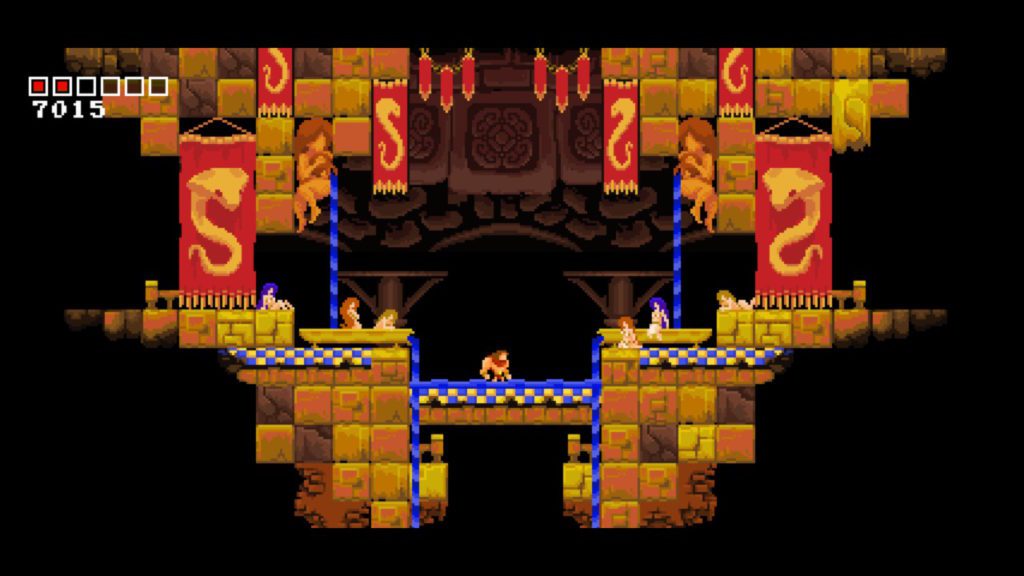 Features in this game include a vs. horde mode which is an endless battle against the horde to see how many points you can achieve. One really neat feature this game has is a multiplayer co-op. I have found that this was extremely fun to play with my Son, and we enjoyed working together to defeat our enemies.

The game can be challenging at times, but not to the point of wanting to throw a controller through your TV (See: Volgarr the Viking). I think the price-point is a little steep for a digital download, but about right for the physical version. I would recommend buying the physical version of this game to add to your library.