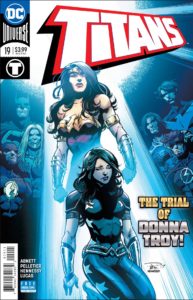 The new issue of Titans has the team butting heads again with the Justice League. Anyone familiar with the Titans knows that they have had their share of fights with each other over how things have been handled. This is also not the first time the league has come to the Titans regarding one of their team members. The way the team stands up to the league is great because the attention is all on Donna and how they had to fight the future version of her called Troia. Batman is always the one that likes to point out everything that others have done wrong. These are the times where I find his character to be rather annoying because his past mistakes always seem to be looked over by him as he makes these points. Sure, he says he wants others to not make mistakes but this is from someone that has lost multiple Robin’s under his watch. I think a team meeting after something like this happening is definitely needed but the way the League handles these things is always a bit overboard which is why we never see these two teams really work well together and it makes it clear why they broke off from being sidekicks. Nightwing does a great job bringing point that they no longer answer to the league and Omen even calls out on Diana for what she says versus what she’s actually thinking. 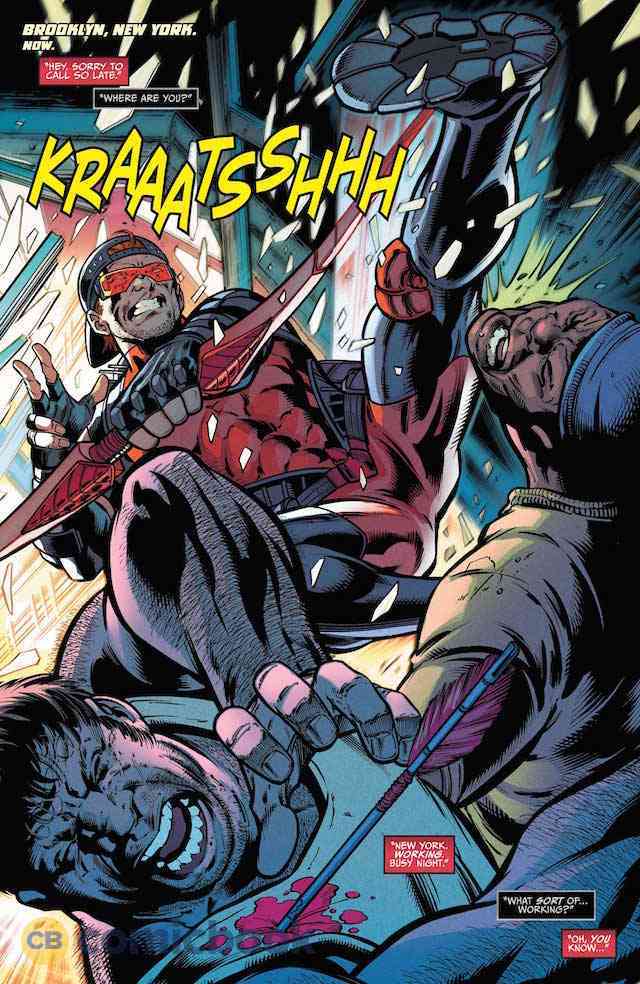 Have you seen this:
Brenton Thwaites Talks Season 3 Nightwing! (Video)

When the issue is supposed to revolve around how to handle this situation with Donna, no one in the league seems to care to even try to talk to Donna instead, they roll her up into any other problems they find with the Titans. The conversation comes off frustrating but I believe that was the aim since these are two teams that do care but both sides aren’t handling it the best they could. The other story we had going on is Roy doing a solo mission while on a call with Donna. This is the portion of the issue I believe most will find their enjoyment as the conversation between the two is fun and sweet while Roy continues to battle his own personal demons and refuses to let anyone tell him what kind of person he will become and reassures Donna that she will always have control of her future as well.

Have you seen this:
Buffy The Vampire Slayer: Willow # 3 (REVIEW)

Dan Abnett Paul Pelletier titans
Are you an Insider?News, reviews, & updates are just the beginning.