After escaping The Asylum with Rachel’s mom Angela, the Titans part ways. Dick sets up shop with old friend Donna Troy, the original Wonder Girl, while the rest of the group heads to Angela’s old home in Ohio.

Dick’s relationship was Donna was much better than I expected it to be. It was nice to see Dick have a platonic relationship with a female character rather than a romantic one. The flashback at the beginning of the episode was by far the best part. Tomaso Sanelli has been killing it as a young Dick, and I hope we get to see him wear the Robin suit before the end of the season. Conor Leslie was a terrific Donna and made this episode one of the best so far.

The story focusing on the rest of the team was incredibly disappointing. Kory being a paranoid murderous sociopath encouraging Gar to embrace eating people is not something that should have ever happened. It also worries me that they are setting up a Rachel/Gar romance with Kory saying she knows Gar wants to make out with Rachel. While they may be the same age in the show, they not the same age in real life. It would be very odd to see a 22 year old in an on-screen relationship with a 14 year old.

While Conor Leslie and Donna Troy were amazing, the story focusing on the rest of the characters was mediocre at best. Starfire really dragged this episode down, and hopefully they find a way to wrap up her story line in a natural and satisfying way in the last two episodes. 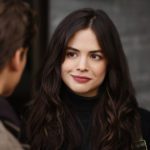