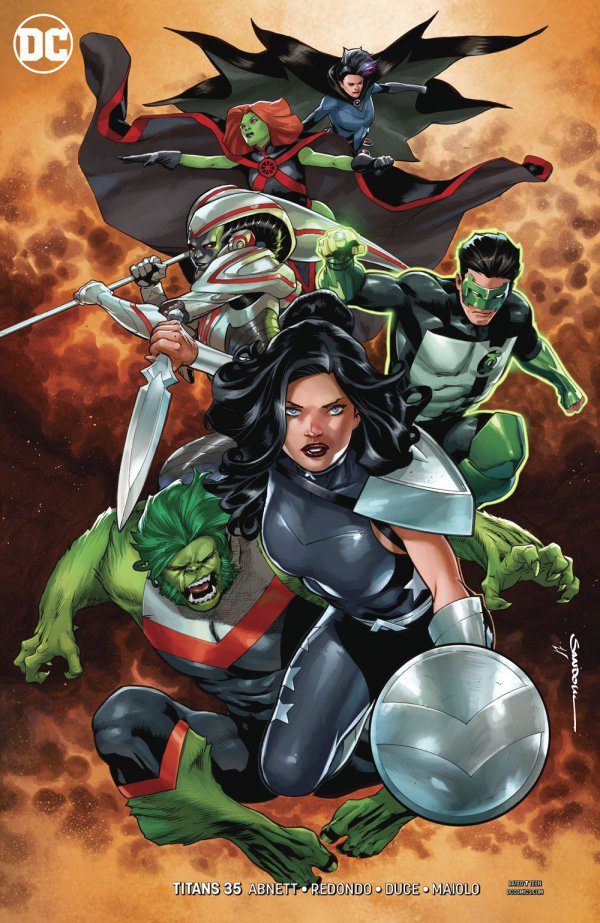 Travesty has committed the ultimate act of betrayal against his own creator and Mother Blood is pleased.

He tells her where she can watch the rest of her plan unfold and she tells him to kill Steel, Kyle and Raven’s spirit.

At the same time, Raven is battling herself, Miss Martian and Donna Troy with a possessed Beast Boy at her side. Donna is going to have to take down Gar if they have any chance of surviving, but she still wants to reach her friend and free him from Mother Blood’s influence. Raven needs to find a way to protect Miss Martian as well as take down her more aggressive side.

When his creator awakens, Travesty sets off to free the Titans as well as Raven’s soul. Sending her back to her body will hopefully give her the strength she needs to prevail and Kyle decides to send a message to the Justice League about how to insulate against Source energy before they all gather to take down Mother Blood.

Have you seen this:
THE MITCHELLS VS THE MACHINES (REVIEW)

This is a well-paced and well-written issue. Dan Abnett definitely knows how this team and these characters interact and the dialogue reflects it. From a story perspective, this is a fine continuation that unfolds into an interesting cliffhanger. There isn’t much else that can be said about it unfortunately. It’s fine for what it is, but it doesn’t have much impact past that.

Bruno Redondo and Christian Duce do great work with the art and that’s where this issue actually shines. The action looks great and the fight between Beast Boy and Donna Troy is beautifully rendered.