What Titans Should Have Been From The Start.

The Titans Season 2 premiere is exactly what fans have been clamoring for and is what the show should have been from the get-go.

When Warner Brothers announced that the Titans would be getting their own show on DC Universe, fans were beyond excited.

Then that disastrous first trailer dropped.

Fans were quick to point out the overly dark tone, the unnecessary vulgar language and gruesome violence, and the show seemed to completely depart from the witty spirit of the Teen Titans (the animated show that most fans associate the Titans with). Fortunately, Season 1 turned out to be quite decent, even showing flashes of brilliance like with “Episode 6 – Jason Todd.” However, not all criticisms were silenced and the concerns that fan’s had leading up to the release were completely justified.

Season 1 sometimes struggled with tonal inconsistencies, an overuse of blue filter and an overly dark and sometimes humorless direction. One could argue that these criticisms led to the final two episodes of Season 1 being cut. So it was clear that major changes were coming for Season 2.

Thankful to say, those changes have paid off.

Say goodbye to the overly serious tone of Season 1 and say hello to the witty and heartfelt Season 2.

Gone are the blue filters and brooding characterizations in favor of more camaraderie, teamwork, witty banter and quips. Now one might be skeptical of how the directors transition the show from dark and serious, to fun and sometimes light hearted, but it works seamlessly. Unlike Swamp Thing, where it was painfully obvious that the writer’s struggled to end the show after one season. Here, you completely buy the change in direction and you accept the sudden endings of certain plot points.

Now, Titans has set itself up perfectly for a super fun and exciting Season 2; that will no doubt be filled with amazing characters.

One of those amazing characters being Jason Todd.

The biggest standout of Season 1 is still a complete scene-stealer in Season 2. With his youthful cocky attitude, snarky banter and still oozing that undaunted self-confidence, “Curran Walters” is the definitive Jason Todd. But that’s not to say that the other Titans were not as good, because they all shine with untapped potential.

Another big standout is “Teagon Croft’s” Raven, who gets the biggest glow up of Season 2 so far.

She will quickly become a favorite among fans, showing just how much she has come into her own as the bad-ass sorceress that fans have come to know and love. The rest of the cast, like Hawk, Dove, Wondergal and Beastboy, are all set up to be major players, and it will be intriguing to see where their journeys take them.​ Honestly, there is no weak link when it comes to the main characters.

However, despite many standout performances, there is one casting that stood out for a different reason.

When “Iain Glen” – Ser Jorah from Game of Thrones- was cast as Batman, it caused many eyebrows to raise. Not with excitement, but with skepticism. Unfortunately, episode 1 does nothing to put those skepticisms to rest.

The new Bruce Wayne constantly struggles to keep an American accent and it’s not convincing in the slightest. Every so often, the character of Ser Jorah would come popping into the dialogue and it became more and more distracting as scenes went on. Not saying this is anything to panic about, because it doesn’t seem like the show will be about Batman. However, this casting choice has all the early signs of a major miscast.

Granted, this is just one episode and there is always room to grow but this portrayal of the Dark Knight is not off to a promising start. Still, this casting issue does not sink the episode, not even close. In the end, the Season 2 premiere will quickly remind fans why Titans is the most popular show on the DC Universe.

“Episode 1 – Trigon” is a rock solid start to Titans Season 2. Completely fixing the tonal problems of the First Season, while providing fans with delightful characters, cool action set pieces and establishing believable character motivations and relationships. Despite some big concerns with the casting of Batman, Episode 1 is exactly what Titans fans wanted from the start.

It’s pleasing to say that the Titans Season 2 Premiere delivers and will have DC fans smiling from ear to ear. 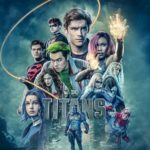 Torchlight II on Switch Does 3 Things ...