Episode 6, “Conner”, is another obnoxious detour from the main plot of the show that only escapes skippable status through the sheer charisma of its lead and a brief connection to the previous episode at the end. 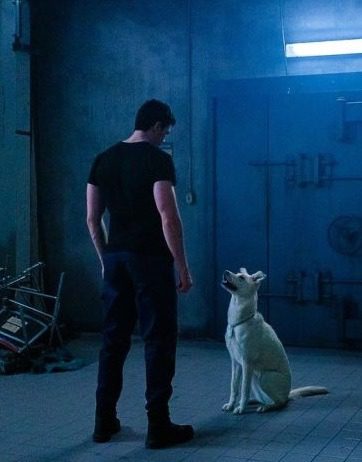 This episode picks up immediately following the stinger of Season 1’s finale, with Conner and Krypto escaping from CADMUS. Conner (Joshua Orpin), a young man with the disposition of a child and a very naive understanding of the world, joins up with scientist Eve Watson to evade capture by CADMUS and to learn the truth behind his origin.

Let’s acknowledge the elephant in the room: Titans once again runs off from the main story of the show to focus entirely on a single character, the second time in 3 episodes. Why the crew behind the series continues to make this baffling decision when they’re already halfway through the season and the plot has hardly progressed is still unclear, and while this episode is still enjoyable, it ultimately fails to justify its existence as a standalone and would have been far better having its plot more evenly dispersed with more relevant footage.

Putting that aside, would I recommend you watch this episode? Yes.

Even without the episode’s conclusion converging with episode 5 (which, to be clear, is still very much necessary), Joshua Orpin brings a unique charm to the role of Conner Kent that feels incredibly welcome in the otherwise dark and dreary world of

Titans. Every scene of his, especially those with Krypto, is incredibly lovable, and Conner will doubtless become a fan favorite, if he wasn’t already. Alongside that, the episode itself creates an atmosphere quite reminiscent of early Smallville, with the portrayal of said town (along with the city of Metropolis) feeling ripped straight out of the comics.

Ultimately, episode 6 is an entertaining introduction to a new character that, while lacking a true purpose, still manages to be enjoyable in its own right.