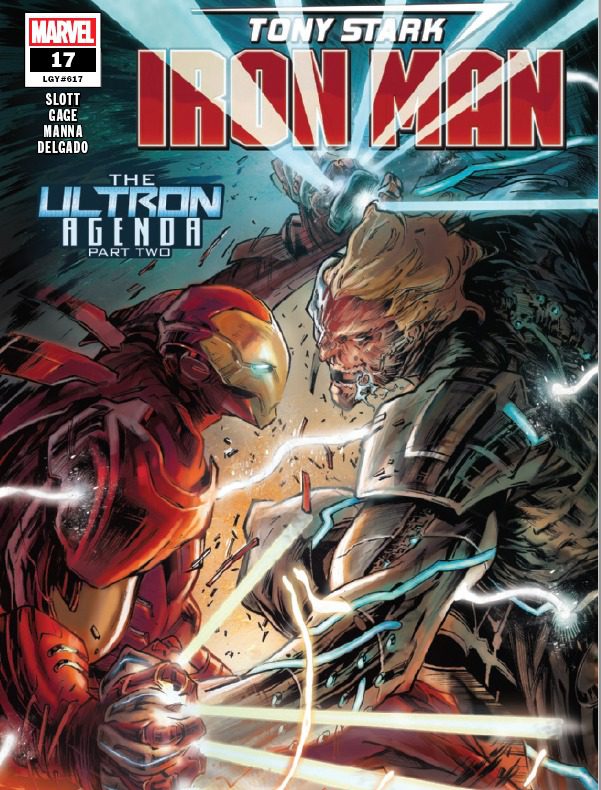 What’s worse than an uncertain Tony Stark facing Ultron? An uncertain Tony Stark facing a cyborg of Ultron and Hank Pym! And worst yet, while helping Janet Van Dyne, Tony got caught in the blast of a fusion pod and now is fused to his own armor. Stark raving mad cyborgs are about trying to change others into this higher form. Just another adventure for your friendly international Iron Man.

Tony seems to be up to his literal neck in issues from the start. Between a killer cyborg, mindless zealots and his armor literally killing him, Tony and his team needs to help figure out a cure to this fusion. The issue was well written though the dialog and flow sometimes felt a little bumpy, especially with Rhodey. The artwork was solidly done with some very heavy sharpness between the colors which helped make the images pop. The ending of the issue looks like it’s going to make for a very intense conflict with the next title.