“Save the Kingdom by leading a team of unlikely heroes into battle against an ancient enemy!”

*Disclaimer: I am a gaming newbie.*

Me when seeing this game:

“Tower in the Sky. Okay, sounds interesting. Tactics Edition. Oh…wow. This is going to be a hard game, with a gritty atmosphere –

*is shown promotional advert for game*

Games that include myriads of firepower, and battles to be fought, I often find imposing, thinking there will be too much happening at once, and I’ll die immediately. A game that has “Tactics Edition” in its name, gave off the impression of the very game I feared as a mere tot in the gaming sphere. Boy, was I wrong, and delightfully so!

“Tower in the Sky: Tactics Edition” is an Indie, RPG Strategy game that is full of action, adventure, storyline, and snarky stabs at modern culture and other RPG games. While this adventure takes place during the time of villagers, magic, and castles, the characters’ speech resembles those of slightly older millennials, and there’s even a version of the most popular coffee chain within the game… c’mon, you know the one, the opposite of the name, er… Mooncoins. I guess it’s only right, seeing as they are dishing out mythical creature coffees as of late.

Have you seen this:
Evil Genius 2: World Domination (Review) 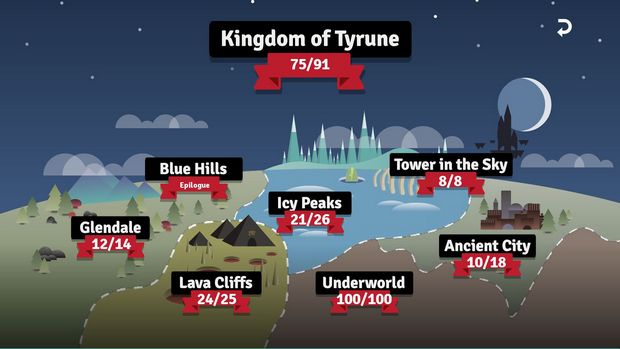 The artwork is simplistic, and cute, which adds to the Indie vibe the game conveys, and even the music is pretty rad too.

Now, this may cause some controversy, and I’m sorry, but I compare this to a similar RPG came called-

*reaches for the nearest pointy object to protect herself with*

Yes, that game has been my only exposure to RPG games of this ilk (and I guess Doctor Who Legacy which is basically Puzzles and Dragons). With that said, I was able to understand the game mechanics quite well thanks to my prior *ahem* experience with the fluffy animatronics (and I’m not knocking that game – I like it). From racking up experience points of your group to exchanging characters to the battle mechanics, it follows a typical, simple, RPG format (as shown in the pictures provided in this review). 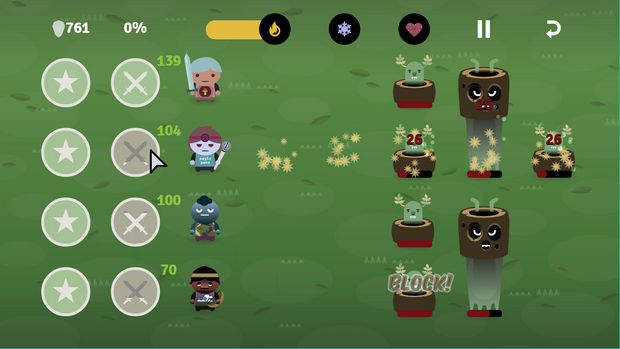 The storyline is cute, and again, snarky towards today’s culture. So, it checks off four good points: a good chuckle, easy to learn gameplay, unique art style, and awesome music.

Have you seen this:
BRZRKR #4 (REVIEW)

If you think you have what it takes to complete all the map levels and save your village from certain doom, check out this game for yourself! It’s an absolute blast!

Two more notes: There are 24 achievements you can complete through Steam, and you can even meet the developers in the game (they have their own little house in the village).