A third trailer has been released by Sony Pictures for Tom Hardy’s Venom.

In the trailer, we get a bulk of the footage from the Comic-Con presentation, minus the meditation scene. Giving us the best look at the Venom suit effects and basically the tone of the film which seems to allude to more violence than previously expected.

While it’s certainly an upgrade from the last two trailers which obviously had very little completed visual effects, there still seems to be a lack of plot outside of evil villain wants to do evil things.

Anyways, here is that new trailer.

One of Marvel’s most enigmatic, complex and badass characters comes to the big screen, starring Academy Award® nominated actor Tom Hardy as the lethal protector Venom.

Check out this lovely Japanese poster for the film. 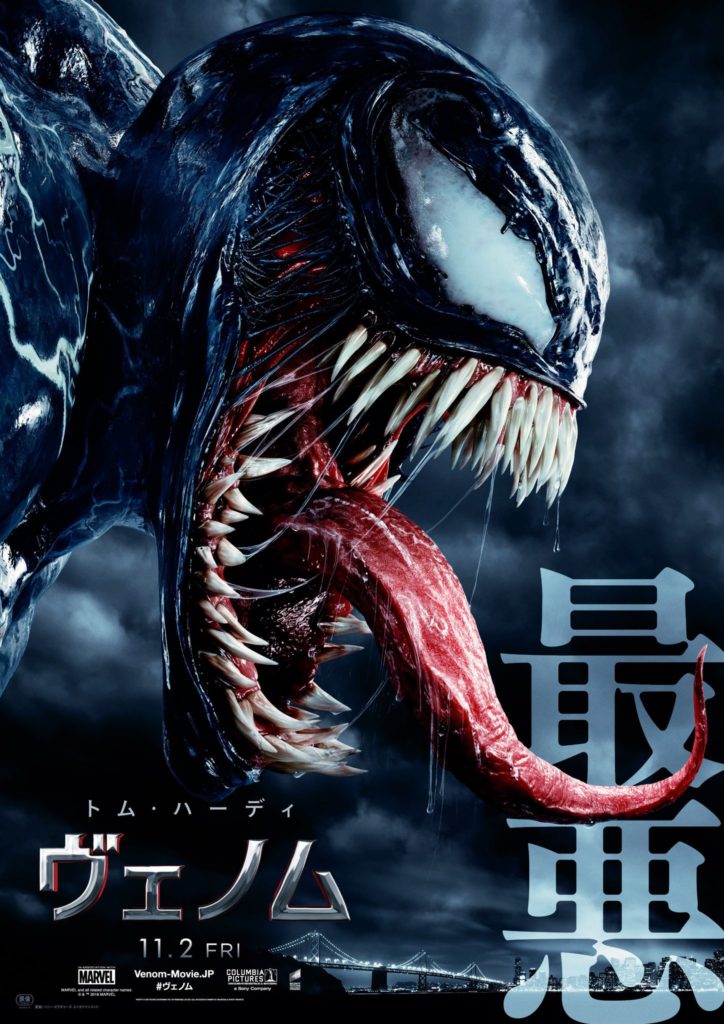