Transformers Rise of the Decepticons #19 (REVIEW)

Transformers Rise of the Decepticons # 19 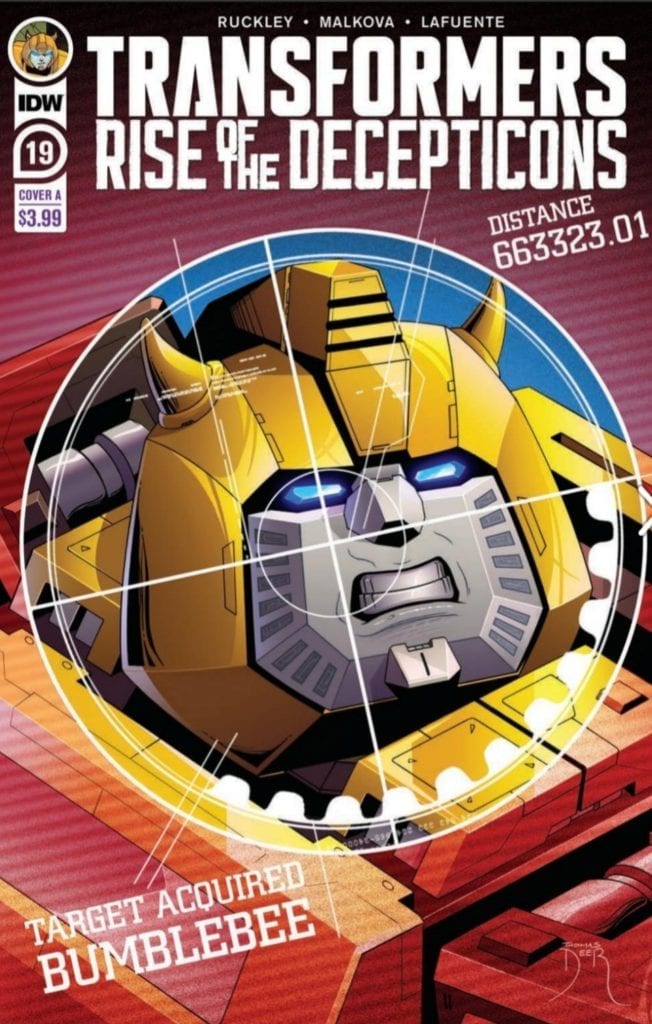 Politics. I find it amazing that mixed into the lore of Transformers race and their lives on Cybertron, one of the core elements of their tales is politics. Of course there is the dying planet and limited resources thing. Those eventually get dealt with politically. Which slowly, subtly leads to acts of aggression, of war.

Transformers Issue 19 shows what may be the opening shots of that war. The intended target is none other than Bumblebee. Using Bumblebee gives an immediate connection for the reader, you wonder how he will walk out of the setup he walks into.

This is however no solo issue and Ruckley uses this opportunity to continue mechanic movements that will see the titular Decepticons indeed rise. For now they are referred to as Ascenticons, a rising voice making promises to the citizens of Cyberton. Like I said politics. Seeing Megatron manipulate rather than battle gives a greater respect for him as a villian.

A Transformers comic wouldn’t be very good if the character designs weren’t right. Artist Anna Malkova does a fantastic job rendering each Transformer perfectly. The coloring that Wood provides is reminiscent of the early television series. These two combined make for a dynamically illustrated issue.

Transformers # 19 demonstrates the lengths Megatron goes to for his agenda. We see the struggles of a young Orion Pax not quite the hero we have come to know. Struggling to have his voice heard and ideas considered. Factions are forming and the lives of many are on the line. All so political.