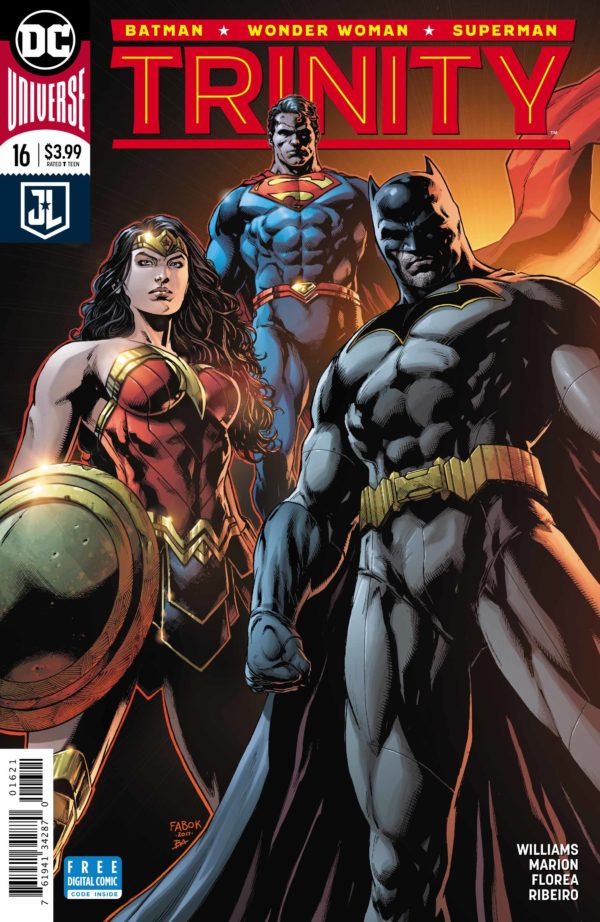 It’s New Year’s Eve and the world isn’t in danger, for now at least. We see Batman off as he is working with Deadshot to retrieve his daughter from a villain organization that calls themselves Kobra. Family is the overall theme in this issue as Batman, Superman, and Wonder Woman talk about the importance of being with the ones you love while you have the time for them. Even Deadshot talks about how he tries to be a good father but knows he is not a good person that deserves to be in jail. I think one of the best takeaways from this issue is that it feels like an episode of the Justice League animated series. We get to see our heroes work with a villain, even though they don’t see eye to eye. They have the same end goal with just different methods of achieving that goal. I’m happy that they only go so far with having the reader relate with Deadshot. They don’t go so far as to try to make him sound like he’s looking for redemption. It’s clear he can do the right things but that’s just not who he is. 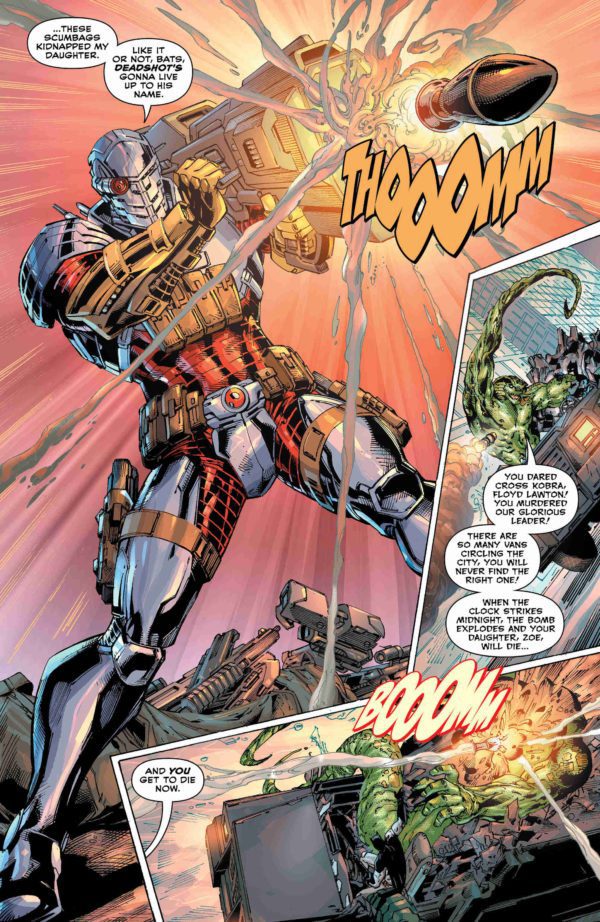 The decision to have Deadshot end the issue with his method was great because from time to time we need the hero’s way to fail. It makes all decisions about what is right and wrong not so simple. I’d say the one piece of dialogue that felt a bit off was how Wonder Woman judged Deadshot for killing one of the Kobra’s. Seeing how she is a warrior and is familiar with death in battle, this just felt a bit off. It is something that can be used on her if she has some sort of double standard just because it was a villain that made the call and not her when it comes to taking a life. Even with all that said and the task of retrieving Deadshot’s daughter is not done, he ends up telling the Trinity that they should instead go home and be their loved ones as he continues to search for his. This has him speak volume in recognizing what he believes to be important but he is more than likely not wanting anyone with him to stop him from killing if he has to so he can get his daughter back.

Even with Deadshot, Trinity lands a bit off target. Perhaps due to this story needing to be more than one issue. However, I do hope the actions that took place here can be brought up later when the heroes are left to make another similar choice again.