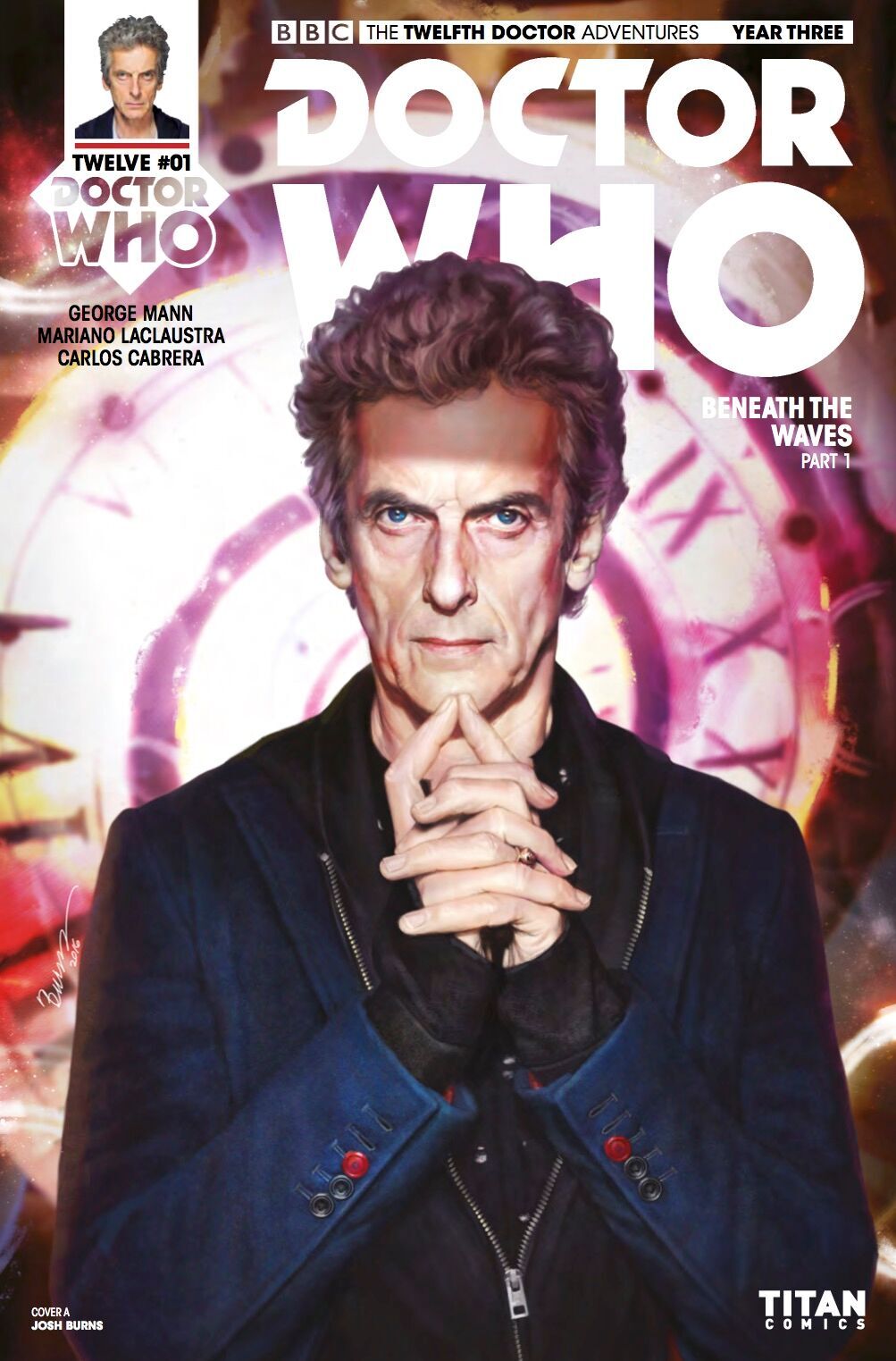 Year Three of the Twelfth Doctor’s Adventures coming out the same week of Season Ten premiering? What a week! So, me being the avid Who-fan that I am, I had to read this to get my blood pumping for the beginning of Season 10 this Saturday.

If the name George Mann sounds familiar to you Doctor Who fans out there, it’s because he has done quite his fair share of writing for the show, as well as it’s novels. Now he’s back writing for the Doctor’s comic adventures, and his longevity with the show, well, shows! At the beginning of the comic we are shown quite a slew of familiar faces: Silurians, Zygons, Sontarans, “Cactus People” – if you’re Wilf, as well as the return of a Classic foe from the Second Doctor serial, “The Dominators.” The cutest thing I believe was seeing a Zygon with a twirly mustache and a monocle. How adorable is that?

The Doctor returns to check in on a previous companion, Hattie, who has since made it big as a musician. The two of them end up investigating some strange occurrences for, what can only be assumed to be, old time’s sake. Odd, seaweed monsters are rising out of the sea and causing havoc. The comic ends with one right behind the Doctor, about to attack.

Don’t you just love to hate cliff-hangers? I know I do.

But something else is amiss. Those who began staying at the hotel both Hattie and the Doctor checked into, have strange dreams, most of them remembering the giant eyeballs peering at you – and Hattie was not immune to this phenomenon. What could this all mean?

Well, we’ll just have to wait for Part 2… and perhaps my review of it.

Onto the art! My favorite part of any comic, as it’s what draws me to comics in the first place. Amazing. The illustrations capture likenesses very well, and the coloring is rich. Masterful, if I dare say so myself.

Now while I may not be entirely familiar with Hattie or the previous camaraderie she and the Doctor had, I quickly warmed up to the character in the short time I met her. As long as the Doctor has a friend, and one that he likes, they’re a-okay with me.

Doctor Who, The Twelfth Doctor Year Three, Beneath the Waves Part One of Three comes out 04/12/2017… TODAY! Pick up  copy for yourself! 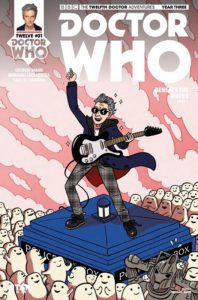 This scene of the Doctor rocking out to a sea of Adipose – and one less than enthused Cyberman – was created by Rachael Smith. 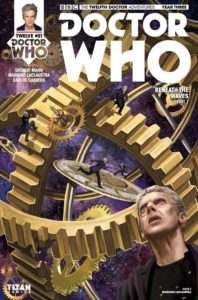