I’m a wee bit afraid of the ocean. There is no official phobia involved, just my sense of logic. You see, there are too many critters that can get you. Simple as that. I’m not keen on stepping foot into the world’s largest death trap just for fun. I’ll let others get their jollies mingling with jellyfish.

That being said, one may think it’s odd I have so much affection for Namor #1. But it’s the call of nostalgia rather than Neptune that draws me to the briny depths today. I was twelve years old when this comic was released in 1990. The golden age of my fandom. Some of you may be in the same boat despite the decade. Can you pick up a comic from your youth and memories crash over you like a tidal wave of sweet sentimentality? By the look on your face, I can tell that’s a resounding yes. See that, we’re not so different you and I. So sit back, get your galoshes on and join me as we revisit Namor The Sub-Mariner #1 (cover date April 1990) from Marvel Comics. 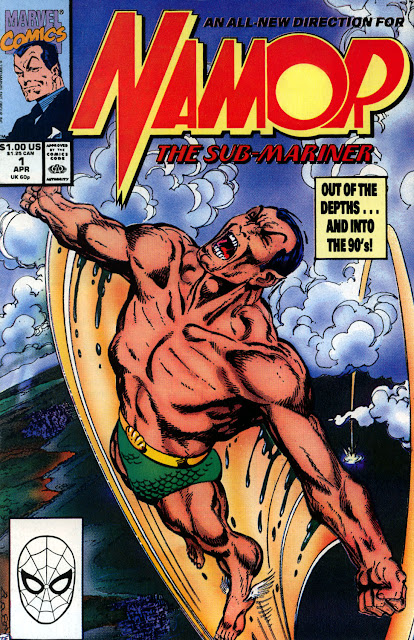 Namor stepped on a Lego.

I’ve got a name for you, John Lindley Byrne. Ever heard of him?  The artistry is something to admire but his career is not without controversy. I’m not going to focus on any of that, so feel free and google to your heart’s content if you enjoy digging in the dirt. I will say, with some terrific turns on classic characters, only a select few could draw finer than Byrne in his prime.

Bob Wiacek is one of the all-time greats. With a resume longer than a CVS receipt, it’s a good bet he’s worked on some of your favorite books and deserves a tip of the cap.

Now for the story…

We are introduced to Caleb Alexander and his daughter Carrie. A pair of Marine Biologists studying secret testing grounds in the south Pacific aboard their boat, the Oracle. Noticing an aggressive blip on the radar, Carrie prepares to investigate but ends up shocked to witness what erupts from the water. 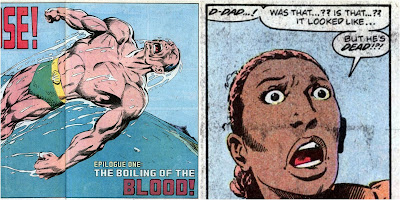 Don’t let the ankle wings fool you, it’s not Chicken of the Sea.

Believed to be dead by the world at large after the events of the Atlantis Attacks, it turns out Namor is alive and well. Scratch that, alive and crazier than a crab with bad credit! So much so, when Caleb and Carrie track him to a nearby island, the Sub-Mariner has taken out his scorn for false idols on the locals. 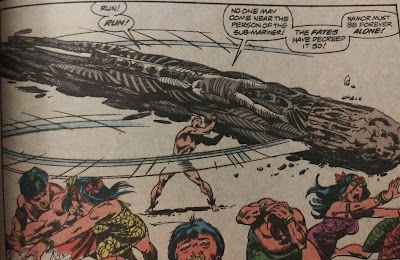 Amid a haze of hallucination, Caleb and Carrie manage to calm Namor down. He follows them back to the Oracle where Caleb claims to have a cure for his bouts of bonkers. Speaking of nutty, the device Caleb has looks more like a fancy coffee machine rather than a solution for insanity. As comic fans though, we should all know to never judge a book by its cover or a doohickey for utter lack of sensible design. 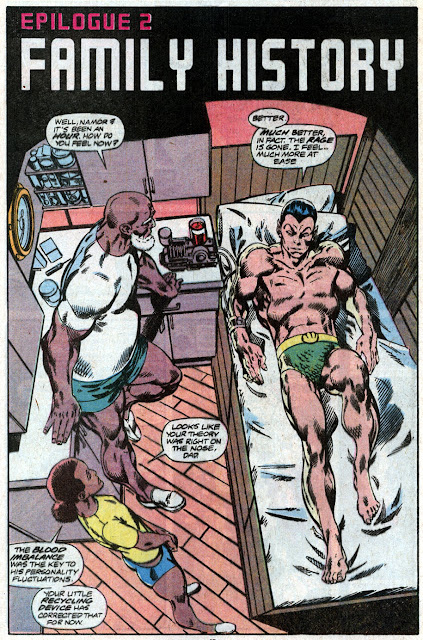 There was one side effect to the treatment. You no longer have nipples.

Looks aside, it’s quite a handy dandy little gadget and Caleb’s one clever cat. He’s dedicated his life to studying Namor. Why? We’ll get to that in a minute but first, the diagnosis. Namor has a blood problem and I’m not talking about the gang. He’s a man of two worlds and needs a proper balance of both to function properly. Out of the water too long, cue the cuckoo clock. Log a little too much time on land, off to the loony bin. Caleb has formulated a way to please his plasma by keeping those pesky oxygen levels stable. This is a pretty neat plot point worth exploring…oh wait, obligatory origin time! 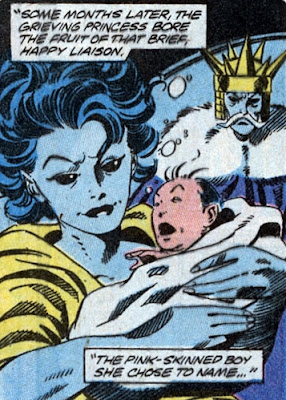 Roman. I’ll name him Roman. No?

The flashbacks aren’t over folks. So why is Caleb so enamored with Namor? Gotta go back to WW2 when Caleb was just a lad living in Harlem. Following a ceremony honoring the Invaders at City Hall, he chased after Namor on his bike. With his eye to the sky, Caleb lost track of his surroundings and plummeted off a pier. Luckily, much like breaking your leg in a hospital, his hero was overhead. After the save that day, he dedicated his life to marine biology and studying the Sub-Mariner. He even named his own ship after the vessel Namor’s father once commanded. Stalker skills are strong on this guy. Did Grandma tell you about the restraining order?

It’s also revealed that Caleb’s got a bad ticker and is unable to dive, hence the reason for teaming up with his daughter. Namor claims he has much to consider and takes off. Personally, I think after all that blood work he should’ve at least had a cookie or some juice. One page and two weeks later he returns with a gift. 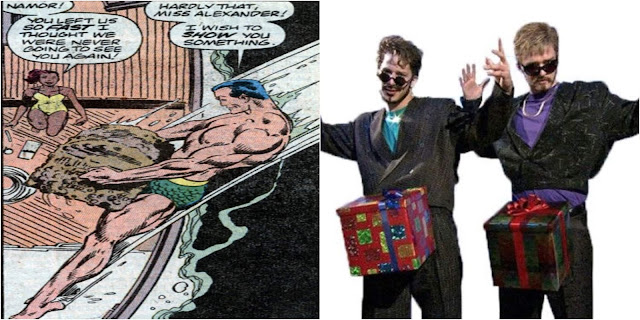 For the love of God, don’t open it!

The chest is chock full of treasure. Namor has hatched a plan to reclaim all the riches lost at sea and invest the fortune in various business ventures.  Not to be accused of having barnacles as brains, he realizes the only way to influence surface dwellers is by flashing them with some green. Money that is, not his skivvies. But just when you thought it was safe to go into Wall Street, we meet Phoebe and her twin brother Desmond Marrs. 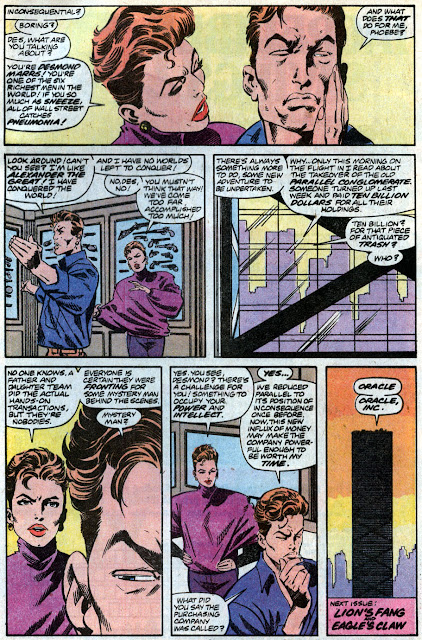 In typical Byrne fashion, a ton of story is crammed in here. There’s also no real action to be had unless you count the trouncing of the tribe people. Yet, this is not a bad thing. Can you believe readers were treated to the “all-new direction” advertised on the cover? Gasp! It’s true! A fresh, interesting take had arrived and if you were new to the character of Namor, you wouldn’t miss a beat. I’ll buy that for a dollar. Psst…I recently paid fifty cents for a copy. Imperius Rex!

What I would criticize are the off-panel details. While it only happened once in this issue when the Prince of Atlantis went off to ponder, this occurs again during Byrne’s run and proves to be annoying. I’ll consider it a give and take scenario, however as I was also wowed by his use of duo-shade starting with issue four. But that conversation is reserved for a future edition of Two Staple Gold.

I can see why I loved this at the age of twelve and better still, it stands up today. If you come across Namor The Sub-Mariner #1 on the shores of back issue beach, be sure to snag it. 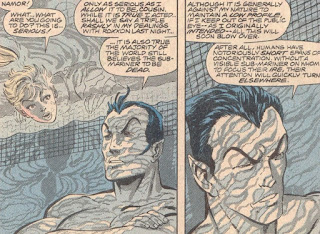 I brood better in blue.

Want to see Namor battle a booger in the bronze age? CLICK HERE

* all external links used for informational purposes only.