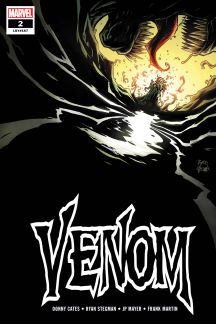 Where is Eddie Brock? Who is he? He’s no one. It’s been hours since he’s been heard from after being sent on sketchy rescue mission to save people he doesn’t know for a man he doesn’t know. He does know this man carries the same dark passenger. The symbiotes are here! The ancient creature, the first of his kind, has attached itself to Venom and it’s trying to break the bond between them. 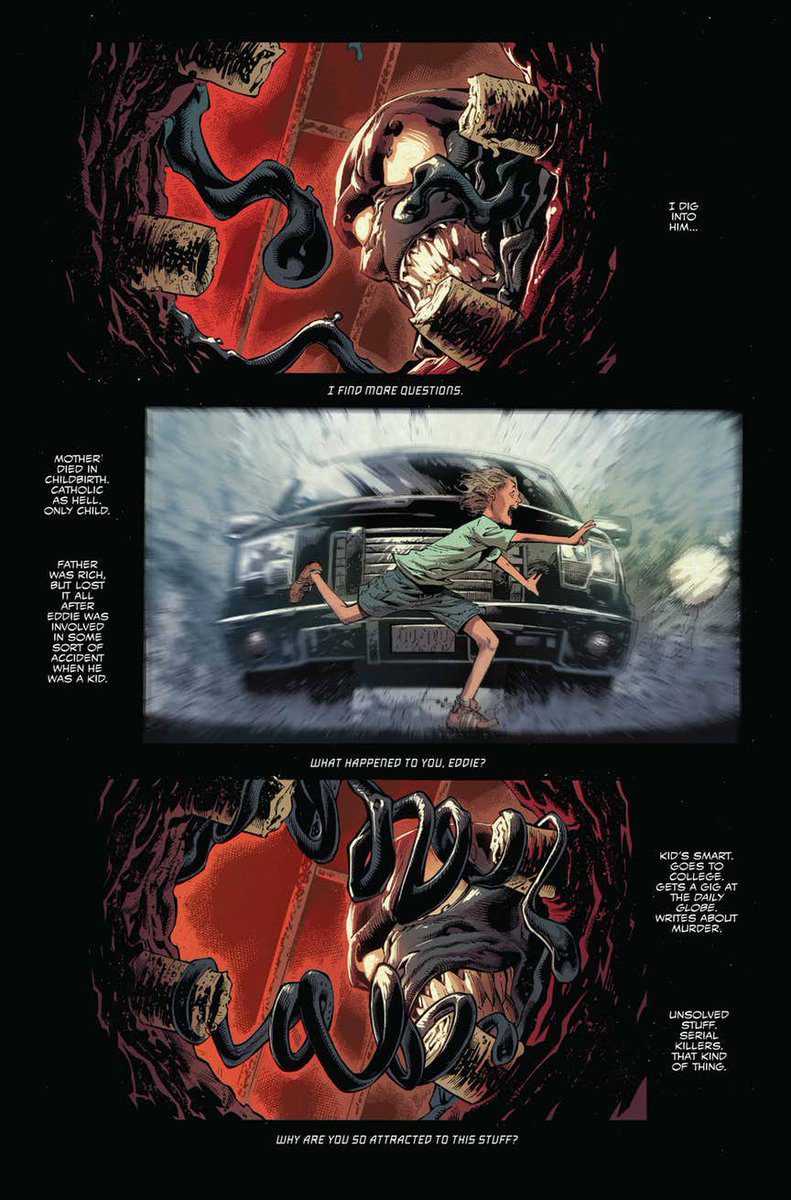 This issue ran at a slow pace. It was mainly an origin story. I’m a sucker for an origin story. Following the events of issue #1 when Venom has been fighting off what seemed to be another symbiote but much much darker and ancient and a mission that caused him to meet others that S.H.I.E.L.D had secretly been transporting he returns to tell Strickland his friends are gone and he lied to them. It begins with Strickland looking into Brock’s past. His backstory is nothing but sadness. To me, I think it shows that taking drugs to silence Venom’s voice to sleep isn’t the only reason he’s self-medication. Cates has really had no qualms with changing the backstory in a major way and touching on some of the darker more controversial yet very relevant issues. I completely love this fresh take on Venom.

Then it moves on to Strickland’s origin and how S.H.I.E.L.D. grafted the symbiote to him to become a weapon. The story of he and all his friends in the war. He now knows they’ve done it to them as well. This wasn’t like Eddie’s. It was something much darker. It spoke the ancient language that Venom keeps hearing and trying to sever their bond. He goes on to tell him what it is and that we’re all in danger. I’m totally satisfied with how everything is explained. There’s no confusion at all in the narrative.

The dialogue was super detailed and the art was in perfect sync. This comic is a perfect example of a creative team that totally know how to work together. Each panel flowed almost flawlessly into the next. Venom has a bit of a revamped look to go with his new story and it’s awesome. This had to be hard to draw because now there’s a second Symbiote emerging out of him as well. It looks wicked! Literally. Carnage has nothing on this thing. The ancient dragon symbiote looks incredible. While reading Eddie’s story it really reflected on me why he’d be drawn to serial killers and anything dark yet still at least wants to try to help others. Antihero. Obviously not the first time we’ve seen Venom take on this role, but I love the reasons why. This issue needed no major action sequences or blood and gore. It’s the perfect set up to what looks like a major conflict in the next issue. It explains everything leading up to the end. Answers the questions that need to be answered in such a descriptive way. The major threat has already appeared and it looks like we may see some other heavy hitters pop in. One in particular.

If you’re not reading this already I highly recommend you add it to your pull list. It’s only issue 2 so easy to catch up. Spectacular writing with strong visuals to back it up.