Venturing To The Lowcountry – An INTERVIEW with Creator John Dudley

D. Ivester (Geeks WorldWide): Hi I’m David, and you are?

GWW: The name of your book is Packs of the Lowcountry.

GWW: What got you to start making this book? 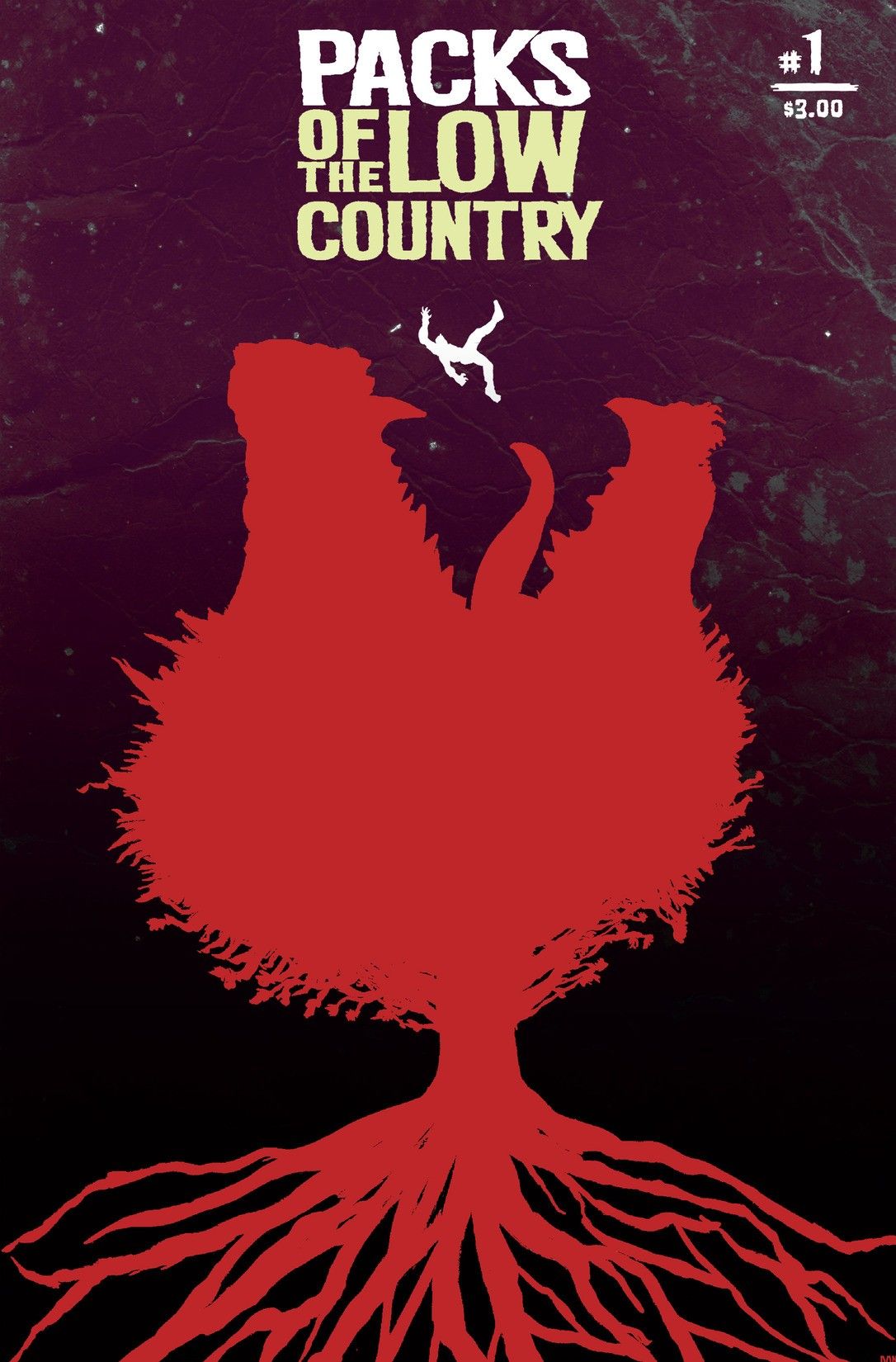 JD: Tough question. I think the big foundation was being originally from the Lowcountry of South Carolina. Even though I grew up abroad, I spent every summer down there living with my grandparents. It was just kind of a ripe setting for werewolves specifically. In all sorts of fantasy kind of inspired a lot. From there I did quite a bit of writing. You know, as a young adult and adult and return to some of those childhood thoughts and wanted to apply all of the genres that I love into the setting that I also love. I was very fortunate to meet Don the artist. We were very like-minded in our genre mash-ups. Trying to find a way to weave the narrative that allows for all of those genres to kind of mix seamlessly was the challenge we set out to accomplish with the book.

GWW: Did you ever get into the old school Universal monsters?

JD: Yeah, Universal monsters were a big thought in making the werewolves in particular, but did want to expand things into kind of more through sci-fi/fantasy lens. I really wanted to open up the genres so that this storytelling universe could allow just about anything. I think having the world overrun by all different types of monsters all at once even though we don’t get to see the majority of them. Just kind of blows millions of doors opens in storytelling options and that was really exciting for us.

GWW: Would you like to give a brief explanation of what the book is about?

JD: Packs takes place 16 years after literal creatures of nightmare invade the world. We don’t have any clue what they are or where they came from. But the story’s onset is that there’s only one known city successfully fortified against the nightmares. Our main point of view character is accepting a mission to investigate what could potentially a second city in the Lowcountry of South Carolina.

GWW: I really enjoy knowing that a book is ending and seeing what are you going to do to wrap all this up.

JD: The final issue of Packs is actually double sized. Most of the chapters are 24 pages and the final is 48. It does allow for a little bit extra in terms of closing those doors and I think you’ll be surprised.

GWW: Why are the wolves the main creatures you decided to use throughout the book?

JD: They are similar to humans, they’re each pack animals. Adhere to similar structures as organisms. We’re co-dependent and survive largely through creating packs as the human characters do in this story. I think werewolves were always befitting of the setting. If we were to continue this Packs of the Lowcountry storytelling universe. We Where we have set up different regions of the world are occupied by different types of monsters. We would continue that trend of using monsters of different regions that seem appropriate for whatever reason we decide for the region. 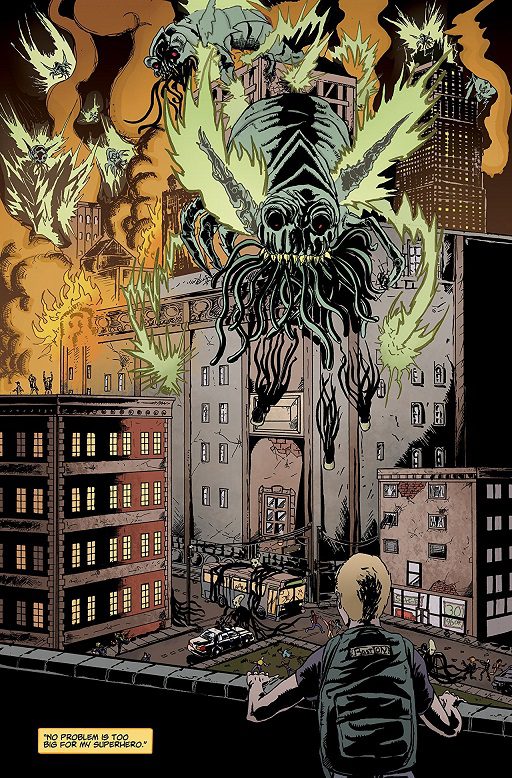 GWW: You’re doing something a little bit more unique with your graphic novel. You’re adding music to it.

JD: Yea so we call it the soundtrack and that’s all Don (the artist). When I pitched the project to Don. I used the Daft Punk soundtrack to the movie Tron. That soundtrack was something I wrote to quite a bit. I put together a video with imagery that was in my head for the story for him to get a tonal feel of what I’m looking for. I think in doing that, Don as a musician himself started thinking musically. And he crafted an original soundtrack, which is like synth/industrial/metal soundtrack that’s really badass in its own right. It can be listened to while reading the book, but its definitely not at all required. It can heighten the reading experience if you’re into that kind of thing.

GWW: Was there any reason you and Don felt like you needed to do this book?

JD: I think we just clicked in the type of storytelling we wanted to dive into. Don had monsters on the mind too and wanting to be able to explore different varieties of story from sci-fi to fantasy and mild spoilers to super heroics. We wanted to find a way to put together a story that kind of allowed us to weave those elements together and Packs was an excuse to do that.

GWW: You’re doing a Kickstarter and you essentially have a finished product. You only want to use the Kickstarter to print out the book. How difficult was it to try and complete this story?

JD: Very, this was the dragon and we’ve been trying to slay this dragon. It didn’t always feel like we were winning. The book itself is mounted head over the fireplace. If we can get a hardcover edition of this completed work and get that on our bookshelf. You know, if I can get it on that bookshelf. Yea right there, I’m gonna be happy and that’s my victory. That’s why we’re going for the hardcover edition. It’s not the most cost-effective, especially as an indy book. You gotta pay a little extra for it and it’s asking a little bit more. Its selfish in that we just want a beautiful hardcover edition of all this work. We didn’t want to start the Kickstarter until we were done.

GWW: Why did you choose Kickstarter over a publisher?

JD: We didn’t really submit to any of the smaller publishers. We decided fairly early on that we were gonna just finish the whole thing. If we’re successful in our goals. $15,000 in goals, people will notice that. We’re hopeful that could open some doors, but like I said. Just simply having the artifact is our primary goal for sure.

GWW: If you guys were picked up by a publisher, would you be ok with doing monthly’s?

JD: Yea, we absolutely would. I want to stress that this is a complete story. There are doors left open that might not even seem to be obvious. There are additional storylines and one big one in particular that if we do get the chance to continue the story. I think it would take a publisher to get us to do that. A monthly format to layout that story would be awesome. That be the next great challenge we take on. We’d be thrilled. 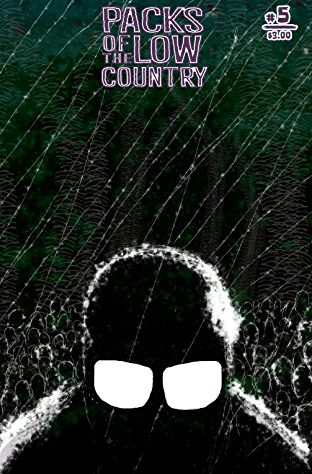 GWW: I believe the hardcopy should be available to your backers on March 2018?

JD: At the very latest, yea.

GWW: Did you find any challenges gearing up to the launch of your Kickstarter?

JD: Anxiety (haha). As of now it’s Oct. 31st. Nov 1st 12PM central this Kickstarter is going live and I didn’t even realize I was going to be as anxious as I am. Preparing psychologically is the biggest challenge.

GWW: Where and how can they find it?

JD: Packs of the Lowcountry is the be all end all on Kickstarter. That’s where I want you to go.

GWW: Thank you again for taking your time out of your for doing this interview. Especially so close to your Kickstarter launch.

JD: No worries man. It’s good to talk about. We’re in it here at Packs HQ.

GWW: I wish you very much well in luck into your Kickstarter.

GWW: Packs of the Lowcountry everyone. Check it out.