US hard rock/heavy metal warriors WALPYRGUS have released the video for “Dead Girls,” the second single off the band’s forthcoming album Walpyrgus Nights

The video is based on the original art created by Scott Waldrop (Twisted Tower Dire) for the comic book that accompanies the vinyl edition of the album.

The glossy-papered, 56-page comic book depicts the lyrics of the album and is intended as a bonus for the vinyl release. Due to a print surplus, the comic book can also be purchased together with the CD, but only while ordering directly from Cruz Del Sur Music webstore. 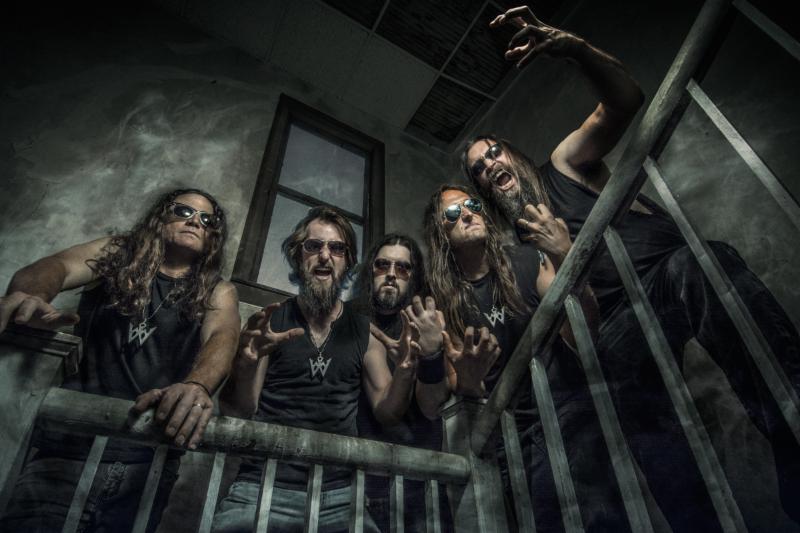 Walpyrgus Nights represents the full realization of the potential of this dangerous meeting of Metal minds. Hook after hook, cascading guitar harmonies, anthemic soaring vocals, and epic unexpected twists and turns abound on this eight-song opus. It is a genuinely inspired, wild, fun ride through the annals of classic Hard Rock and early Metal with a distinct personality. The album, which features the artwork of Gustavo Sazes (Morbid Angel, Arch Enemy, Firewind), was recorded in a variety of locations over the course of two intense years under the guidance of Tom Phillips, mixed by longtime collaborator Kevin “131” Gutierrez (Raven, Deceased, Believer) and mastered by Bill Wolf (Raven, While Heaven Wept).

Have you seen this:
All The New From Marvel Studios Disney Investor Day Presentation

So when the when the stars are right and you’re alone, take a journey, lock the world tight and prepare yourself for the tales of demons, specters and witches rising on Walpyrgus Nights!

HERE IS THEIR VIDEO FOR “DEAD GIRLS”