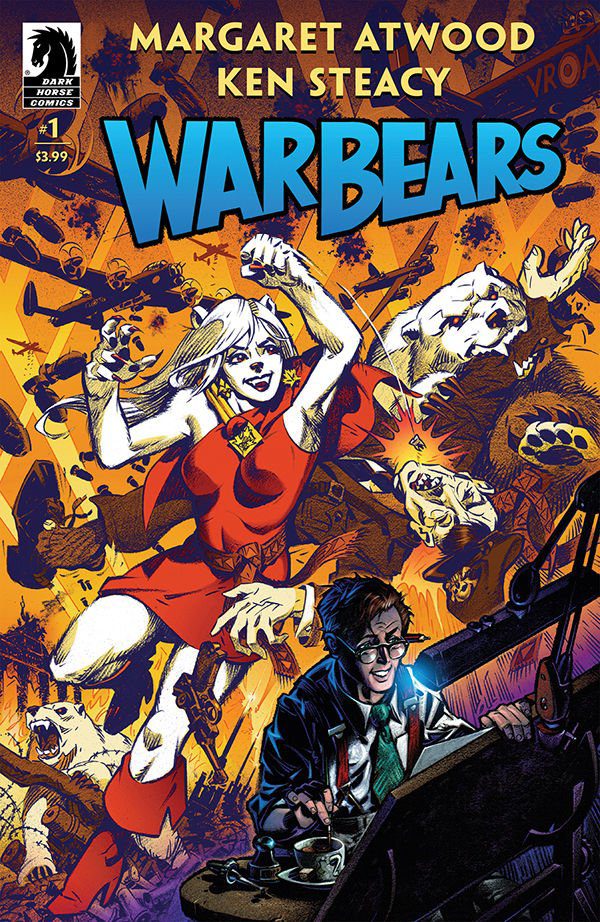 I really wasn’t sure what I was getting into when I decided to review War Bears #1. At first with a quick glance at the cover you would assume it would mostly be about this were-bear heroine and her adventures but in fact, it ends up being about something much more than that. We’re quickly introduced to our main character Alan Zurakowski who is an aspiring comic book artist and creator. The main premise here is about how Alan goes into starting in the industry of getting comics made in good ole Toronto, Canada in 1943. We get to see the household he comes from and the personal struggles he’s going through with his family, the war, and personal quest to make a living off of his passion for drawing comics.

Alan comes off pretty likable and I think many can relate to the struggle when it comes to trying to achieve your dream, especially when you have doubters around you. Things aren’t all perfect though as Alan discovers how some of the business side of things work in the industry but in the end, he gets to show off his creation of the character we see on the cover of this issue. Within this comic, we are also given a very quick story of the heroine and her companions fighting in the war. It’s very cheesy that embraces this era of comics. It’s a simple story but it was still having fun while delivering a message.

I have to say that I also absolutely adored Ken Steacy’s art here for this book. The style really helps with the setting and era for comics of the 1940’s. Some real standout stuff is here too such as the first page the paints a very cool image in its sky. Won’t say what it is for you though. Then you have pages where Alan is working on comics with others and the sketches shown with what they’re working on is very well done and make you believe these characters have their own unique style for drawing comics. War Bears #1 is something I believe every comic fan should give a go and especially to aspiring creators. Getting a fun insight into how things may have been decades ago while also getting a good genuine story about chasing your dreams and continuing to chase them even after landing a gig.