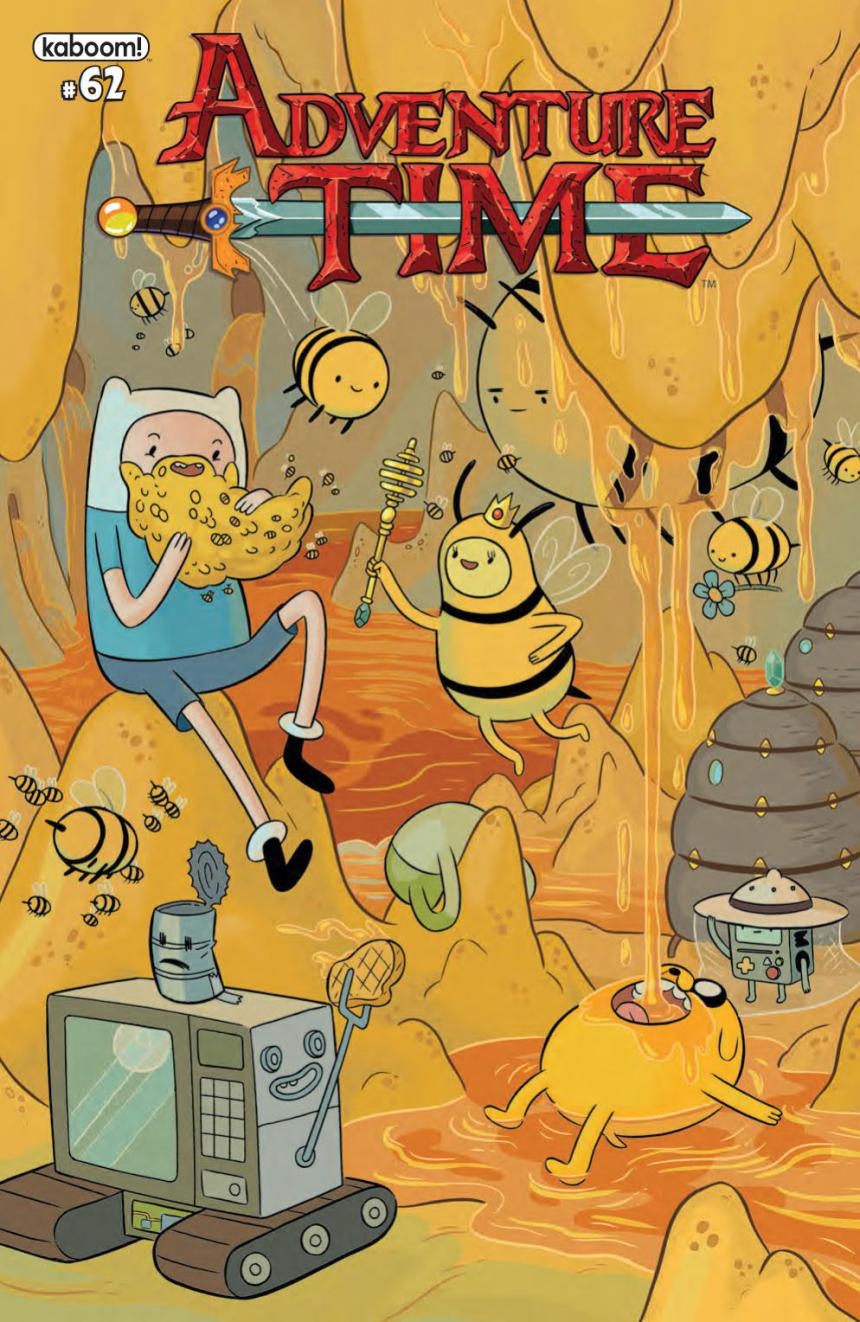 “Grace. Creativity. Wisdom. Bravery. All of these qualities make up the grand ladies who rule our kingdoms and our hearts.” Proclaims Peppermint Butler as he introduces the crowd to the grand competition.

Princess Bubblegum decided to put together a competition for princesses in neighboring kingdoms, the winner of which will be dubbed the “best princess ever.” The princesses in the running to be dubbed as such are Flame Princess, Turtle Princess, HotDog Princess, Breakfast Princess, Muscle Princess, and Wildberry Princess.

And Lumpy Space Princess, of course, who decided to crash the competition.

The judges are Marceline – the only female in Ooo to be called a Queen – BMO, and Tree Trunks. Three impartial judges who believe they know a thing or two about princesses.

The first challenge, which is the only challenge in this issue, is – in my opinion – very un-royal like. To win this challenge, a princess must go through the forest before nightfall while balancing a tiny creature called a “Weeble” on the tip of their crowns, AND while being chased by an angry mob of people who “don’t like Princess competitions.” Personally, I have no clue what this has to do with being a princess, but hey, it’s Adventure Time, does anything really need to make sense?

All this sounds pretty straightforward. A succession of challenges to weed out the other Princesses, and each challenge is featured in each of the following comic issues.

Of course not! Are you new here? Is anything that simple in the land of Ooo? Nope!

Someone – or something, as the cliché goes, is trying to sabotage the competition. Marceline is confused when Muscle Princess became lost during the first challenge, sensing that is shouldn’t have happened. She approaches Finn and Jake to investigate for her.

As for the moment, the main suspect is probably Lumpy Space Princess. I mean, she crashed the competition, and these were her last words at the end of the comic: “You’ll see who’s the BEST PRINCESS EVER. Spoiler alert it’s me.” She’s pretty convinced she’ll win.

But who knows? This is Adventure Time we’re talking about, where anything can happen. For all we know, the Ice King is secretly rigging the competition so his favorite princess can win.

All in all, it’s another great tale from the Land of Ooo, which will be continued in the next issue.