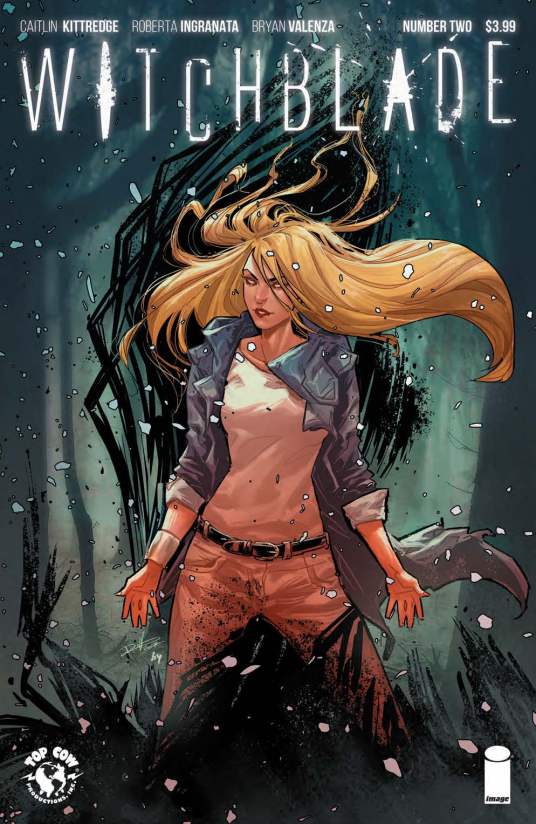 I have never read a Witchblade comic before this newest run. I’ve always known about the series and have been interested so I decided to take a chance. Probably the best thing is how easy it was for a new reader to understand the main premise of this series which as a new main character becomes the vessel for the Witchblade. Alexandra continues in this issue giving her statement on Detective Grove’s death and murder from the last issue. Along with that, we get to see here that there was more to him as she starts digging into why many people share the same tattoo. She gets this thrill and you can tell she missed this feeling and was eager to investigate this story. I have to say this issue does a great job on continuing to build this character for its reader. You get this sense of how she loves to help people, solve mysteries and is also a fighter.

Going through life with PTSD and now trying to handle these “nightmares,” along with discovering strange powers, its no wonder she is going a little crazy, I 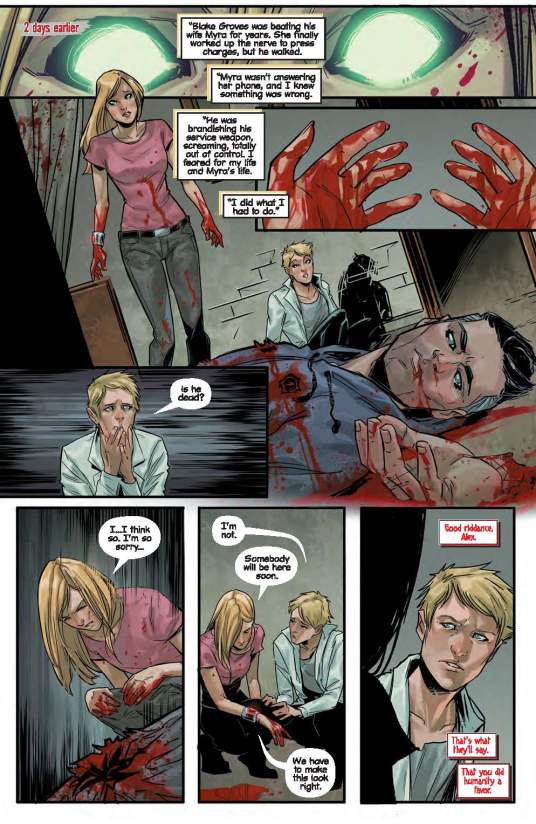 too would too. What I love though so far in this run is the pacing. We still haven’t actually seen the Witchblade, just a taste of its power. We’re getting to know our main character, her friends, and a secret society that will probably play out in a bigger role when the Witchblade is revealed. It’s steadily spoon-feeding us the weird things and monsters Alexandra is going to have to face as she inevitably decides to fully accept these new powers.

The art is also something quite different than older Witchblade comics I have come across on shelves before, granted those were more 90’s looking so I’m not sure what was featured in the franchise over the last 10 years. But I feel the art gives us that somewhat dark and gritty, horror vibe without some of the more messy looking lines some other horror series like to display. It’s not a bad thing but the art is just very clean here. The coloring continues to help set that mood as we don’t get a lot of bright colors all too often but it’s not an overly dark toned book either, it balances its shades well. We still get this sense of fun also as the writing takes itself seriously but offers moments of levity. After only two issues in, I can say I’m very interested in staying in and seeing where we go next with Alexandra and the eventual resurfacing of the Witchblade. I like this character, I like what she is about, and I want to read more.