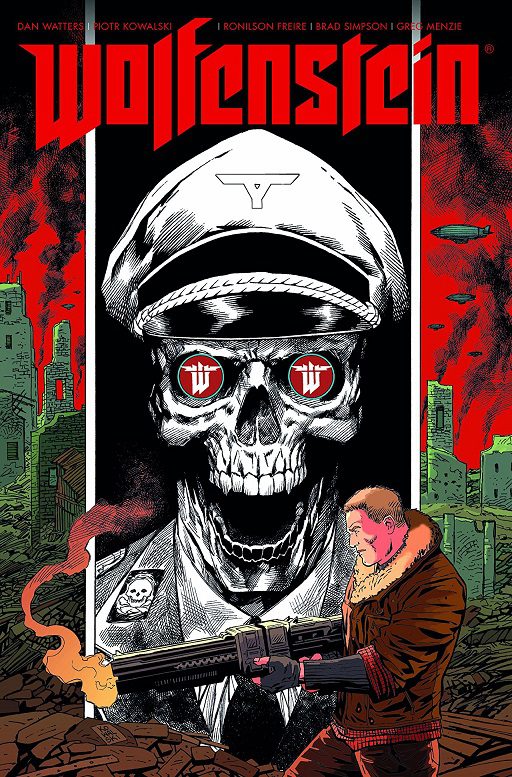 B.J. Blazkowicz was a shallow, shell of an action figure until Machine Games took over the franchise and released Wolfenstein: The New Blood to critical praise and commercial success. But even before that release in 2014, the Wolfenstein franchise had created an interesting lore. Alternative WWII history mixed with ancient civilizations and mystical elements. Dan Watters successfully incorporates 16 years of video game lore into this collected two issue work. These issues were designed as world building content for the new game, Wolfenstein II: The New Colossus, but they provide a fun adventure into the lore of the Wolfenstein series.

Watters stages his story in America after the Nazi’s have occupied the United States and sets his characters in a hidden refugee camp that is quickly overrun. Supporting characters from the game and the DLC make appearances, and the use of ancillary characters provides Watters the freedom to tell his own story. 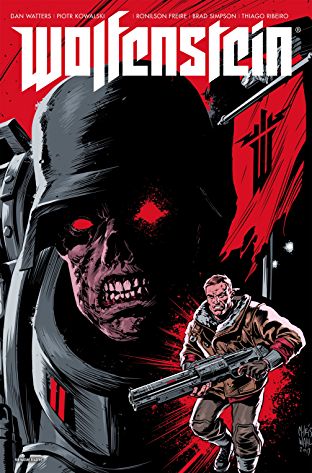 balance the expected bravado of B.J. Blazkowicz. Watters uses one of the female leads to tell a flashback tale that runs parallel to the events in the 2001 Return to Castle Wolfenstein video game. The use of the multiple perspective results in two engaging stories that tie together multiple iterations of the Wolfenstein franchise.

This multiple perspective and the time periods are supported through the artwork of Piotr Kowalski and Ronilson Freire who each illustrate one of the periods. This split creates a distinct feel for the flashback and the present day settings. Kowalski’s artwork is the real standout in this series. His distinct style creates a historic and archival feeling to the flashback. His lines accentuate the grotesque creations of the Black Sun and Castle Wolfenstein. The contrast of styles provides the opportunity for both settings to feel unique and developed.

Wolfenstein: The Deep captures the rich alternative history of the games and weaves an engaging stand-alone narrative that fans of the series should add to their collections. Watters use of existing lore and his contributions make this collected work a welcomed addition to the growing narrative around the Wolfenstein franchise.