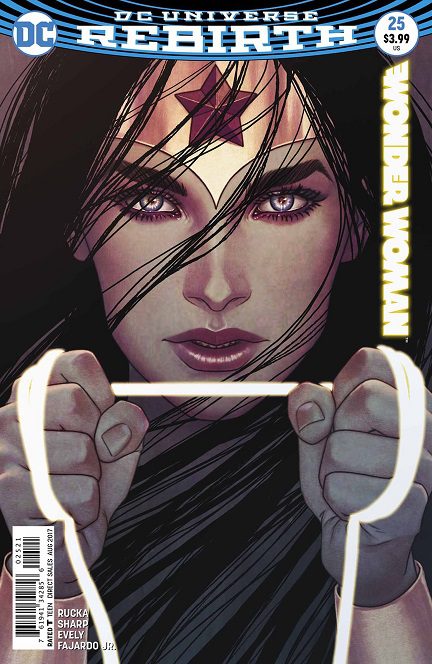 It’s the end of a “Perfect Run” between Greg Rucka, Liam Sharp, Nicola Scott, and Bilquis Evely. The majority of all of the threads that were introduced in this title have closed very nicely. With some still open to be addressed in the future.

This was a very important issue because it mainly focuses on the God’s and their reasoning for deceiving Diana. This issue showed us many sides of Diana, at first we saw the more angry side of Diana in the beginning, as she is trying to figure out why they would do this to her. Although, we were able to see just how powerful she really is and why it might be a good idea not to get her upset, just ask Shaggy Man. At this time, we were able to see that Batman and Superman noticing that Wonder Woman doesn’t have her lasso, since she used it on Phobos and Deimos. 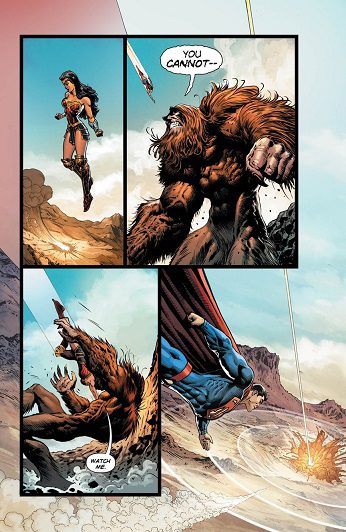 I was happy to see that they did address a little more on Barbara Ann and where Diana and Etta both stand. But, this was one of the threads that were left open and I hope that it is touched on later. The story takes us to Diana confronting the gods to see why they would deceive her when all she has attempted to do is honor them.

Finally, the story concludes with Diana and Steve and this was really the highlight for me. The best thing DC Comics did in Rebirth is bringing back relationships and this section hits you. Rucka does this complete justice and returns this relationship back to the way it should be.

It is sad knowing that this amazing creative team is leaving, however, I know that I will always have these 25 issues to go back on and luckily we will see them again in DC.