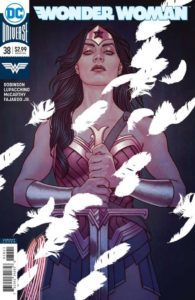 After the last arc had finished with Wonder Woman, I was excited to see where the next arc would go. At the start of it, I can say that I very much enjoyed the first half of the issue. As I was reading it, I thought this was going to be a short story about how one girl named Vanessa was affected by Wonder Woman and how the hero helped her move forward in her life. As it goes on we see this girls life spiral downhill after going from one tragedy to another in her life. It became very clear that this beginning was to set up a new villain for Wonder Woman, and I’m all for it. In fact, I really enjoyed how James Robinson portrayed Vanessa’s fall into the darkness.

She’s someone that just feels alone all the time now and seems to have lost everything that meant anything to her including a friend she thought she had. Now I 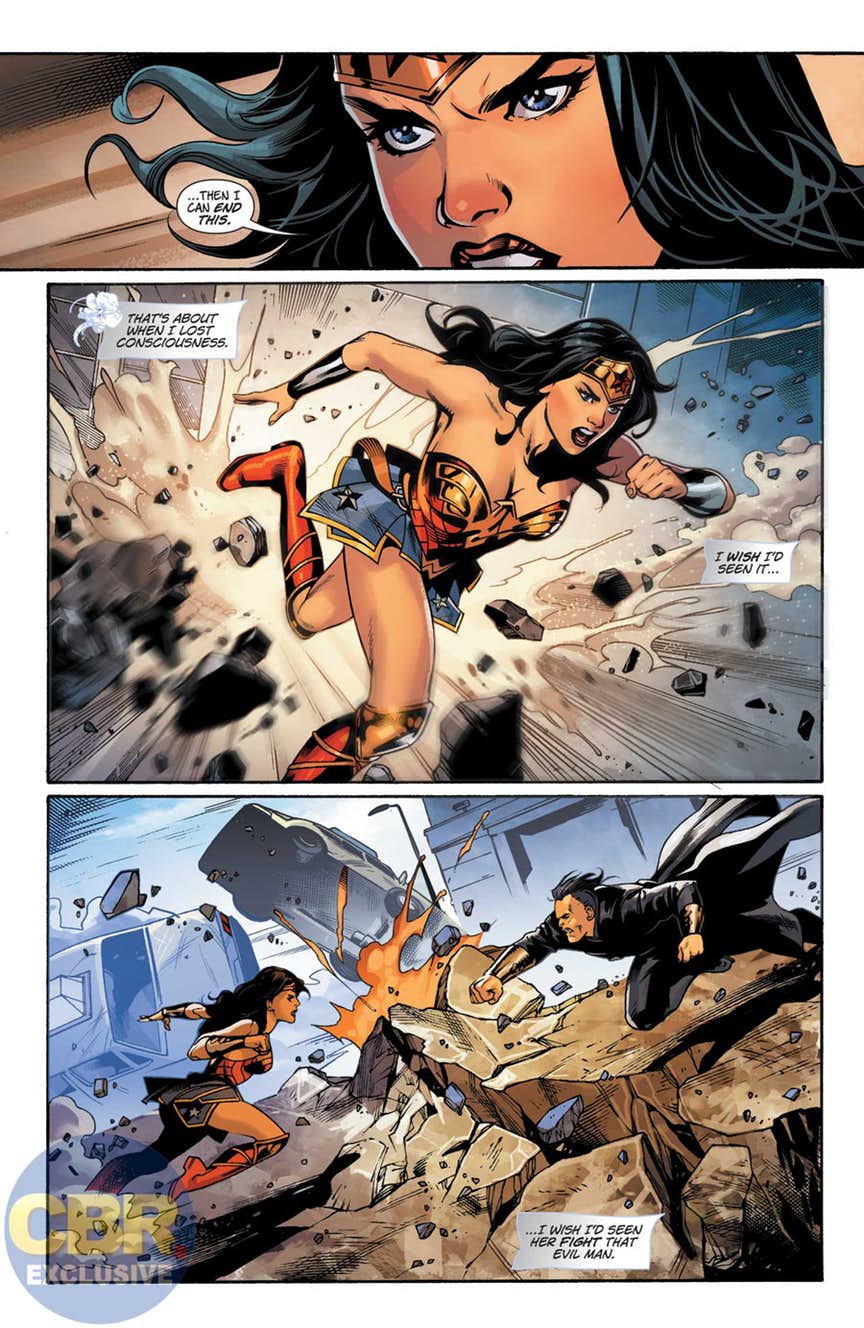 do see how this can be the typical story of how Wonder Woman will feel bad and sorry because of how busy she was and wishes she had more time, I do hope we get something different out of it though. I’m not sure what that is because this is something that can lead to a redemption story for Vanessa going bad but I don’t think it should be done so simply like that. If it’s one thing the issue brings to light, it’s about being there for someone that needs you. More importantly, it’s also about staying in contact even if you can’t show up in person due to other reasons. These are things that many of us go through in our own lives and I hope this arc reflects that subject well.

Have you seen this:
Dark Nights Death Metal #2 (REVIEW)

The handling of Wonder Woman and her brother Jason was hit and miss for me. On the other hand, though, these are siblings and siblings do have arguments from time to time. Diana brings up good points on Jason wanting to be a hero and Jason seems to only look at it in a negative manner. I think what it’ll take time for Jason to grow as the two of them spend more time and talk it out about what Jason really wants to do and I feel that it may come to him leaving and exploring the world on his own to see where his place is. If there’s anything else I can say positive about this team on this book right now is that they are absolutely nailing the art.

comics DC comics Wonder Woman
Are you an Insider?News, reviews, & updates are just the beginning.