Wonder Woman Come Back to Me #2 (REVIEW) 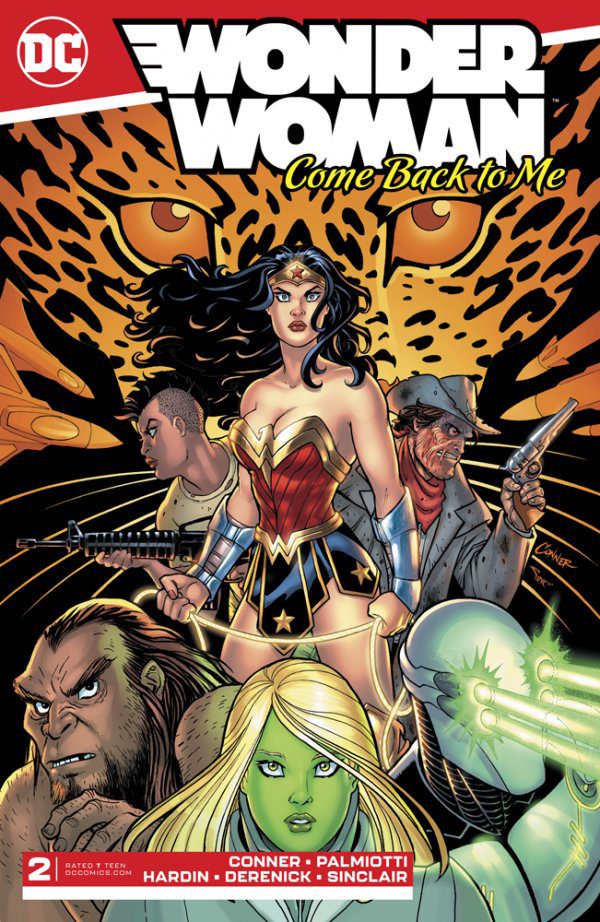 Wonder Woman Come Back to Me #2
DC Comics

There’s a lot going on in Wonder Woman Come Back to Me #2. A lot of action. Jonah Hex, who’s featured on the cove, is a wild addition. But there is one thing that takes place in the first few pages that’s minor but worth addressing. It’s not exactly a big spoiler, but if you don’t want to know a single thing before reading this book, you’ve been warned.

For all the ass-kicking she does in general — which she does a ton of this issue — that’s one thing that draws me to her most. She could be in a room full of imbeciles who think they know everything and doubt her, or she could be facing down a 40-foot jaguar, she’s still going to be herself. Takes a lot for anyone to do that, never mind someone who might not get the same respect as others for no good reason.

(Actual spoilers ahead. Don’t scroll further if you haven’t read Wonder Woman Come Back to Me #2.)

Who knew Jonah Hex and Wonder Woman could be a fun comedic pair? Not me.

He’s obviously from a much different era where women were viewed differently, so everything Diana does is unbelievably eye-opening to Jonah. Plus, you mix her positive, well-thought-out approach with his “shoot first. ask questions later” attitude and it makes for a pair I need to see more. That probably won’t happen, so enjoy it while it lasts.

Going back to the giant Jaguar, who’s name is Odio, surprisingly nice and funny. Something tells me we may see him again. (Just a gut feeling.) He’d certainly be a big help. That cat isn’t just big, he’s absolutely shredded.

Other than that, not sure how Wonder Woman Saves Steve Trevor from this one. Not that he and the other two military members are helpless. But big bugs just always seem like a tough task.