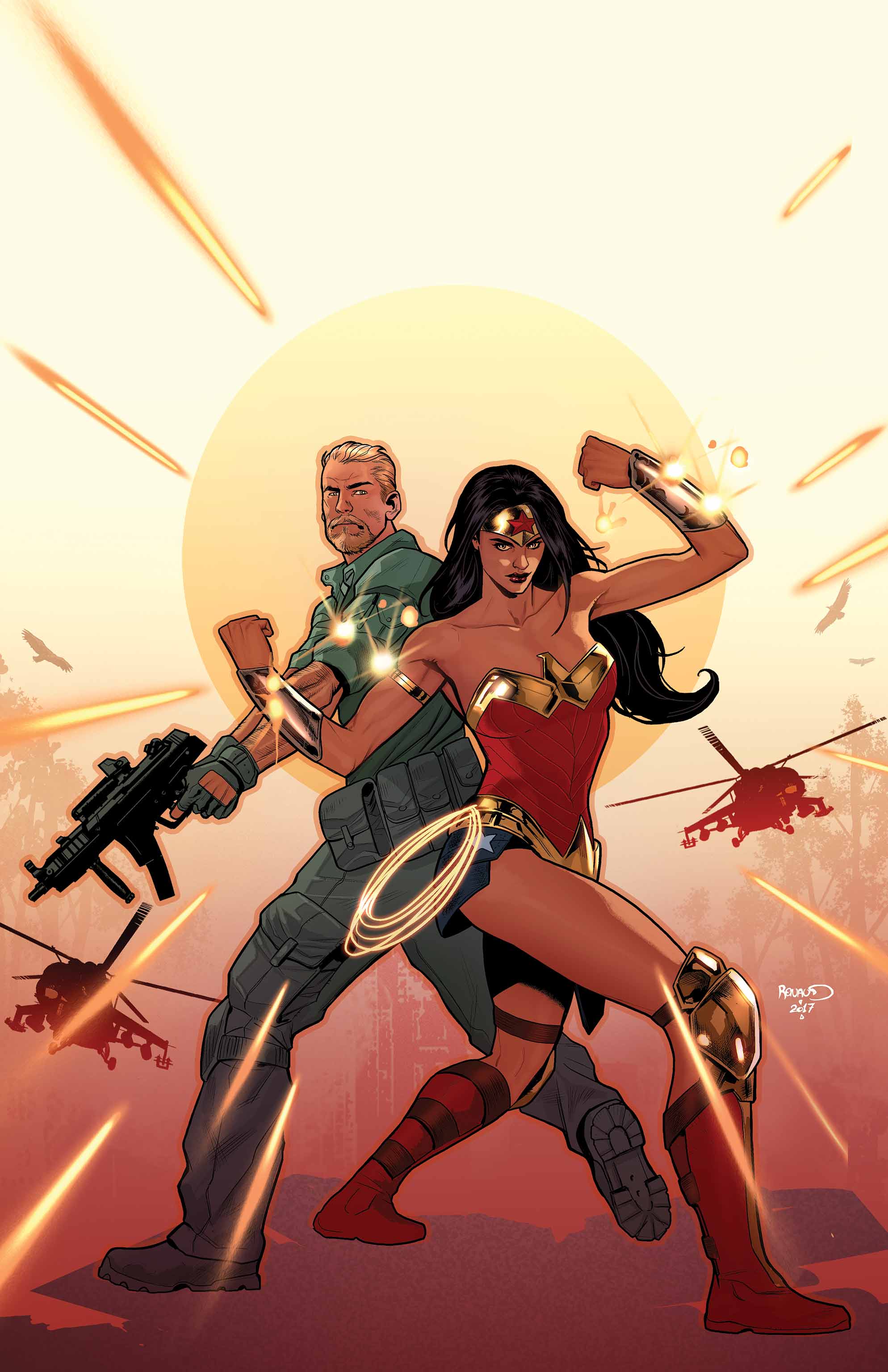 Steve Trevor is forced to take on a villainous named Saturna without the help of Wonder Woman or Argus. All while Diana waits for him to return for a romantic date.

This is basically a jumping on point for people who have just seen the movie and then wonder(heh) what Steve Trevor has been up to in the comics. This issue even showcases the same exact lineup of Steve’s friends, which is not a complaint. It was really cool to come off the movie and see what the contemporary versions of each character looked like. I have been reading the current Wonder Woman series, but it didn’t have any of Trevor’s war buddies.

This issue was a bit of a mixed bag. The whole fountain of youth story was interesting, and I liked Diana and Steve’s back and forth. They were a little more straightforward about their relationship than I’m used to but there were some funny lines. However, the villains left something to be desired, both the menist and Saturna who was tracking down the magical land that the gang had discovered. This feels more like a start of a series, and less like a single story. I guess it’s good that it leaves you wanting more, but I don’t know if we will get that. I should also add that the beginning of the issue may rub a few people the wrong way, but it was all done in jest.

Though I’m not a fan of the cover, the interiors of this comic were great. The art was worthy of any Wonder Woman comic series, especially this special one-shot. We only get a glimpse of Wonder Woman at the beginning, but the action scenes keep your attention throughout. Before it was just Batman but since New 52, Wonder Woman has had a steady rotation of excellent artists. Even the Finch run looked beautiful, the story, not so much.

Steve’s narration could feel a little dense at times, and the villains were nothing special, but there was a lot of good. This sets up the current incarnation of Steve Trevor in the comic books perfectly for new readers. Wonder Woman had some great lines, and it was cool seeing people from the movie show up in this issue. Also, the mystery behind the magical land of youth made me want more.