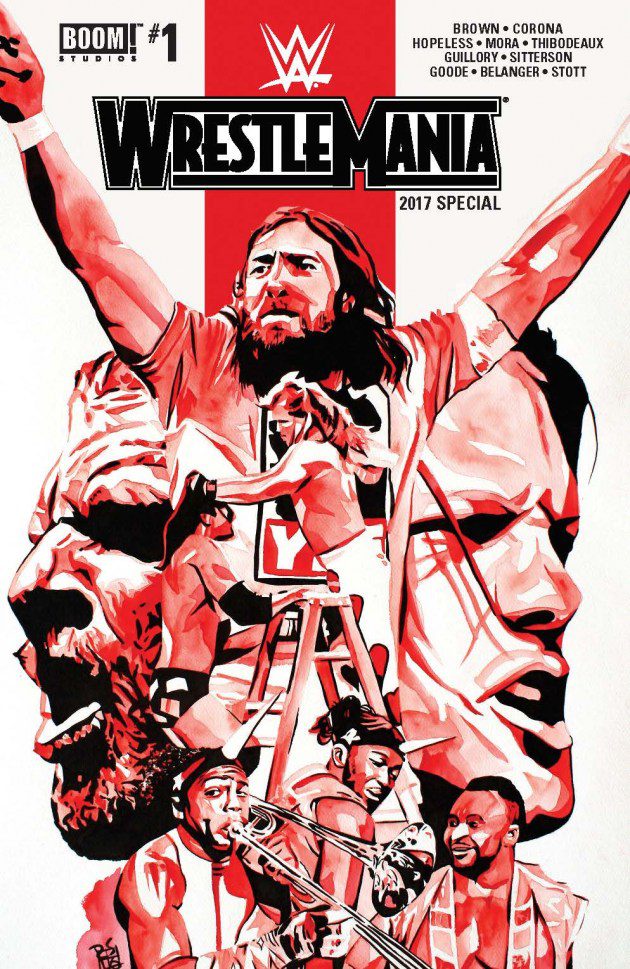 The Wrestlemania 2017 Special is a humorous and fun retelling of classic Wrestlemania matches and storylines.

Ladder Match
Razor Ramon versus some guy who is wearing Shawn Michaels’ gear. It’s suppose to be the heartbreak kid but it looks absolutely nothing like him. It stands out because the artist did a great job on virtually everything else in the comic. The story was filled with characters explaining their actions before they do them, and unfunny jokes. The dialogue made them come off as man-children.

The Long Con
After his devastating injury, Triple H plots his return to the top. This is a fantastic prelude to what eventually became The Authority. The art was great too, none of the characters looked monstrous, but not like a photograph either. This story is a bit of a retcon to some of the Triple H/McMahon rivalry, and it works really well. It gives motivation to Stephanie McMahon for betraying Hunter. With classic Hunter monologues and great foreshadowing to current events, this segment was a lot of fun to read. Always nice to see Vince McMahon play The Game and lose.

The New Day travel time, spreading their power of positivisty throughout WWE history. Perhaps the greatest idea for a wrestling comic, unfortunately it’s quite brief. Also, I’m not entirely sure where to find the other two parts, but what was here was a lot of fun. New Day stop off at a tiny island in the time stream after spreading some positive vibes. There they meet a magical ghost unicorn, who warns them of a darkness seeking to cloud the light of positivity. In the end they prepare to fight three evil looking unicorns. The story is fun, and the art fits it perfectly, but it’s just way too short. 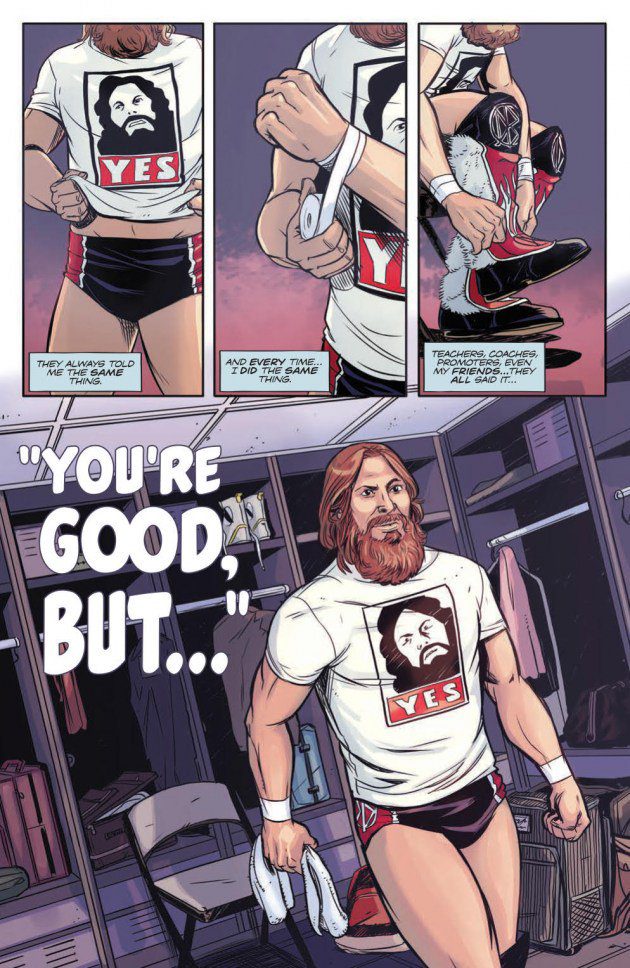 The next story is a retelling of the meteoric rise of Daniel Bryan. I have to admit that I’m a big Daniel Bryan fan. His storyline brought me back to wrestling, mostly because it reality started to merge with fiction. WWE wanted no part of a Daniel Bryan title reign at the time, but the fans felt differently. It all led to what I consider to be the best wrestling story ever. Even compared to storylines that featured my favorites like The Rock and Steve Austin. It was amazing, and this comic gives a short but impactful history lesson of Daniel Bryan’s career. The art was good and I will always enjoy reliving this Wrestlemania moment.

Have you seen this:
Night of the Ghoul #1 (REVIEW)

Fight Forever
It’s not quite the Festival of Friendship, but this was a fun look at the Kevin Owens and Sami Zayn rivalry. We see the former best friends grow up together, first as children playing with toys, and then in high school where Owens picks on Zayn. Their fight over the NXT title leads to a match at Wrestlemania for the Intercontinental Title.

The characters looked great, but my problem with the art came from a couple confusing panels. One panel they’re tag champions, two panels later they’re fighting, then another two later Zayn is in a match with someone else. Maybe it’s just me, but that whole sequence felt a bit off. Still, an interesting backstory.