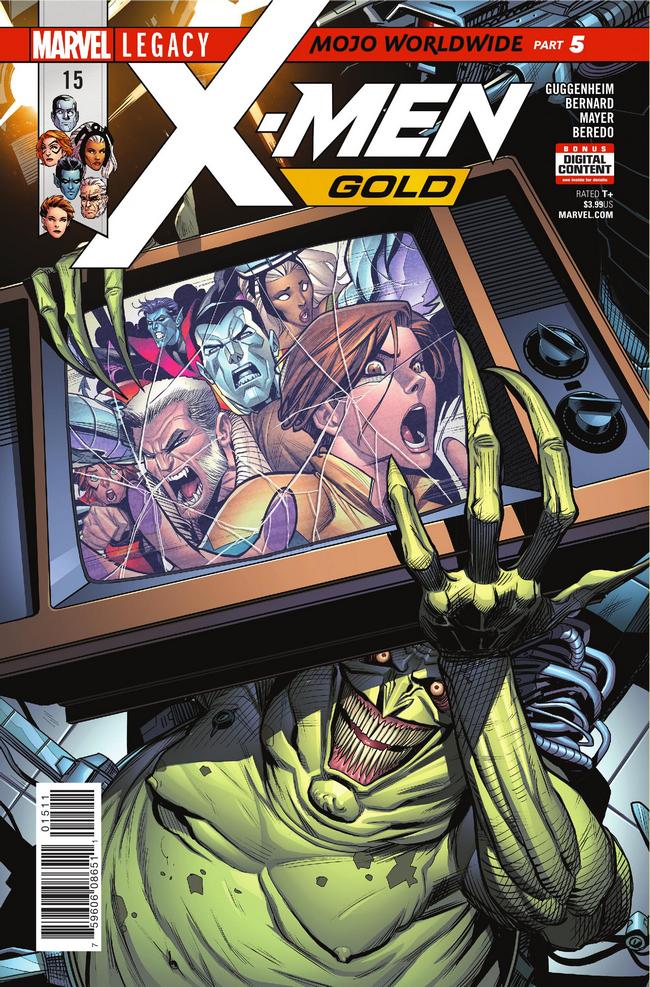 We continue the adventures of both Blue and Gold teams as they are now in Mojoworld. Seeing the book open with a great splash page of the teams in all of their bright color costumes looks amazing as you can feel how ready the team is to take on Mojo and what he has left to throw at them. One of the most enjoyable moments I had reading this book was seeing the teamwork that was showcased. Kitty continues to prove her worth as the leader of all of the X-Men as they begin fighting Mojo’s army. The one thing this issue has is a lot of action. It really feels like they are in the heat of things as they work their way closer to escape from Mojo’s grasp and back home. Kitty also shows how much faith she has in her team when she needs to leave to try and find where Mojo is located. She then puts Jean Grey as acting leader and Jean doesn’t question her choice. I think that is the most important thing we see out of this issue. We see how both team leaders are really able to work well together where early on Jean seems to feel like a second rate leader when Kitty was calling the shots back in part 1.

If you’re also a fan just seeing these mutants showcase their powers, you won’t be disappointed. From Magneto making a fake Apocalypse look like a lower level villain to seeing a telekinetic 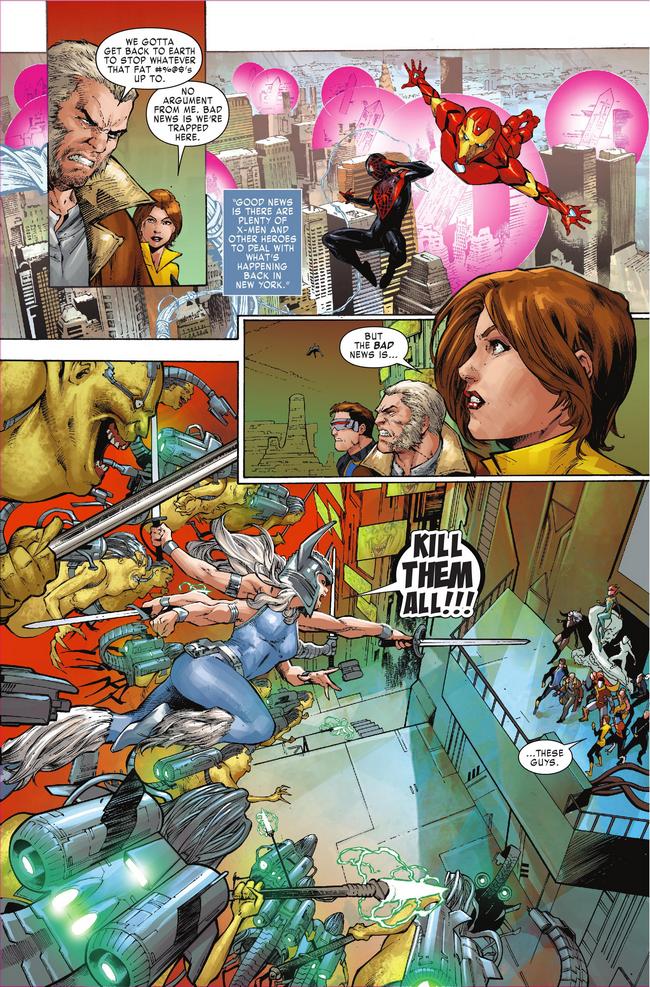 double fastball with Rachel Summers and both Wolverines, each sequence is so “X-Men.” One of the best things about the X-Men is just how ridiculousness they can get especially when incorporating a comic book world created by Mojo in his extradimensional extratemporal realm. That’s quite a mouthful.

We also very quickly see a giant bipedal monster that’s made out of an entire island when our teams are finally at Mojo’s building. We see them glance at images of their past’s and future’s. These images are nice easter eggs of older comic book images and it’s great to see ones from books you’ve read before. Jean Grey also displaying her strong role as a leader for the entire team is something that I feel is needed as both teams are desperate for a leader they can not doubt especially when making decisions in battle. It was also in this issue that it really hit me that both of our main teams have women as leads which is great and I personally don’t know when and if the last time that has happened in any ongoing X-Men team books. I’m very excited to see the conclusion of this crossover in the next issue of X-Men Blue as we’re left with Mojo and his team to fight the X-Men.

X-Men Gold #15 contains plenty of action and just enough narrative for the moments and characters where it mattered the most. With its outstanding art and bright colors, you can find yourself enjoying another grand adventure with some of the best mutants on Earth.