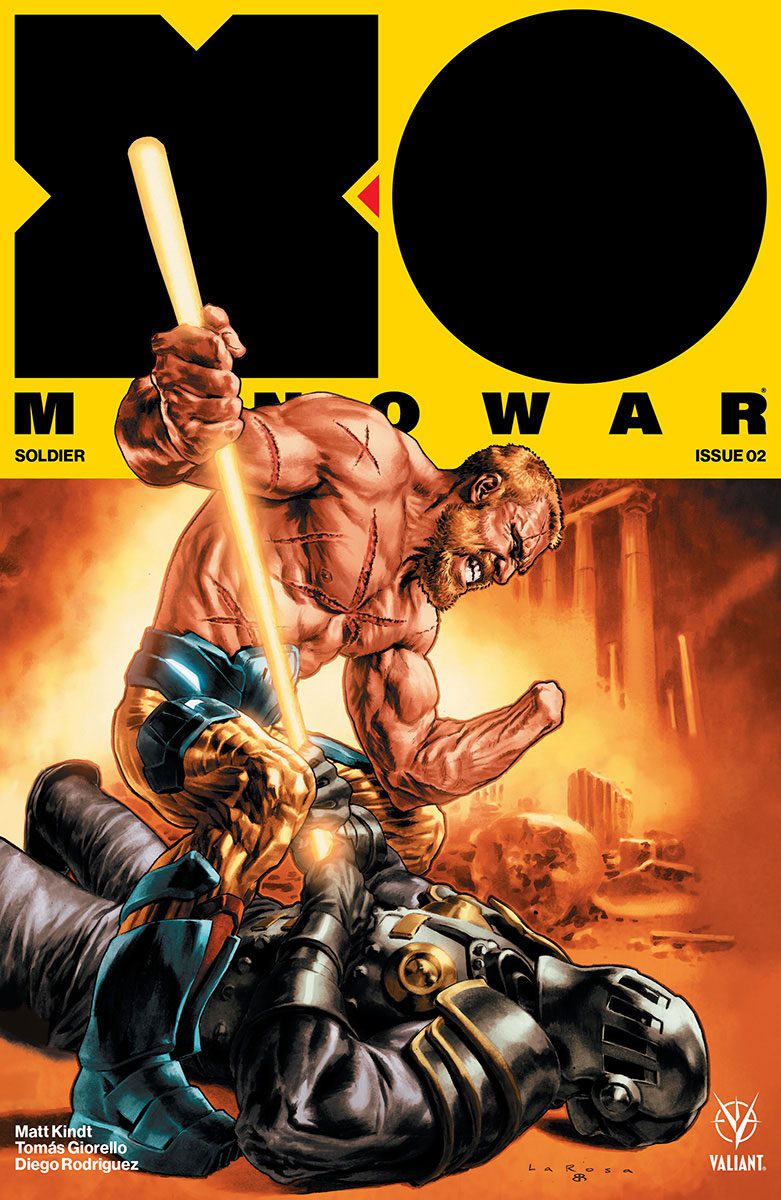 The first issue of X-O Manowar was firing on all cylinders! Very gritty and exciting, and I loved it. Issue two starts out at during the calm before the storm. Aric is preparing for his next battle, and discussing with the Manowar armor how he wants peace, but the armor just brings on more war. The armor explains that their bond is like being wed to one another.

Finally, Captain Branex calls for the warriors to storm the Cadmium’s base. The whole battle hinges on Aric and his people being able to destroy the targeting tower in the center of the city, causing the Cadmium’s starships to be useless in the battle. 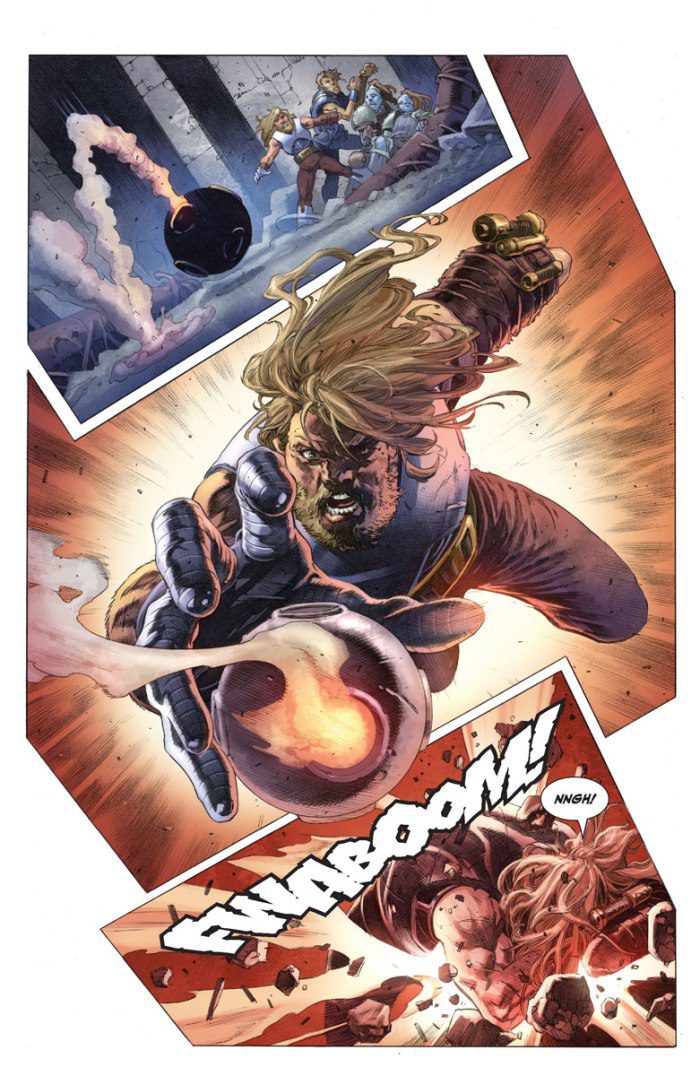 Aric’s team blast off, but go under the city to the sewers instead of over the wall, and battle their way to the targeting towers. They are able to destroy the generators, but the Captain decides he has additional orders for Aric’s crew. Aric has done his duty and is ready to be finished with his fight, but a hoard of Elite guards are already heading their way.

The development in Aric in these last two issues has been so great. I love that I have only read 2 issues of this comic, but I have a good grasp of who Aric is. Aric wants peace, but only finds war. By this point in his life, it’s second nature. He doesn’t even have to think about killing, and he doesn’t need the armor.

The artwork in this issue is still spectacular. I love the character designs, the strange aliens and their strange technology and just the grittiness of it all. We may only be on issue 2, but I for one am already hooked. For what I would normally consider a superhero book, this story has had a very medieval feel to it, which I am in no way complaining about. It has been great! I can’t wait to see the full power of the Manowar suit in this context! I recommend hopping on this book while it’s still new! There is still a lot of story to be told here!