Promise in its Premise

The Netflix of gaming. This is the vision behind Xbox Game Pass. One week in, the service, which has remained exclusive to Xbox Live Gold members until today, is a confident first step both for Microsoft and for the future of gaming rental services.

Game Pass is by no means a new idea, the origins of which can be traced back to 2009 with the now defunct OnLive. Using a handful of data centers across the United States, the service was intended to allow gamers the ability to play a large collection of games via streaming, not unlike Sony’s PlayStation Now service. Perhaps non-coincidentally, Sony purchased most of OnLive’s assets near the end of its life in 2015.

Though there are clear benefits to this type of gaming model, such as leaner hardware requirements and immediate access to the service’s library, these services falter in their reliance on cloud servers and the latency that comes with it. This is where Game Pass’ greatest strength resides. Falling somewhere between OnLive/PlayStation Now and more physically-based subscriptions like Gamefly, Xbox Game Pass allows consumers to download games to their hard drives, giving them the ability to play both online and offline (provided they are not “game-sharing”). Licenses to the titles you download are tied directly to your subscription status and will occasionally require an internet connection to validate your account standing. In short, it’s EA Access for non-EA games. 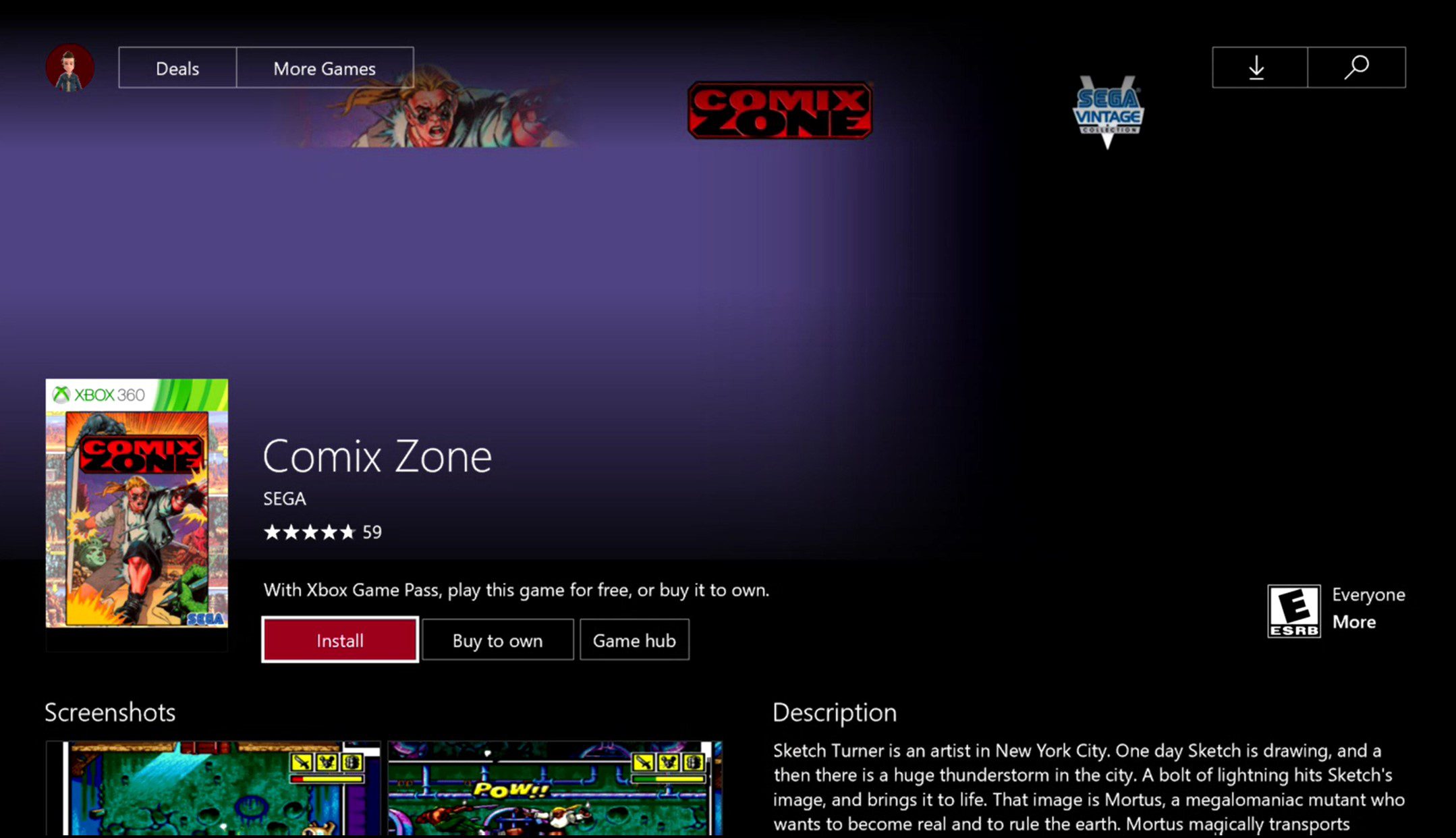 So far, my experience with the service has been mostly positive. Having fully invested in digital this generation, Game Pass feels like a lost feature from the original Xbox One reveal. Browsing through the selection, I feel the same hints of discovery and liberation that I did when Netflix first introduced its streaming service. I did come across one instance in which my Xbox did not recognize the license to Comix Zone. However, the problem seemed to be fixed by a simple hard reset.

Adding to the experience, I was pleasantly surprised when I decided to purchase the classic indie title Brothers: A Tale of Two Sons and found that 20% had been taken off the retail price for being a subscription member. It remains to be seen if this discount will be stackable for titles that also appear in Deals with Gold.

In fact, stacking the member discount to Deals with Gold may be a smart move for Microsoft. Much like Netflix’s streaming launch, the selection is extremely limited and not quite full of instant classics yet. Don’t be mistaken, there are some gems in the mix, such as the BioShock series and Mad Max, and the inclusion of current generation titles give it a leg up on PSNow. But these titles aren’t exactly new. For late adopters, Game Pass can be a great bridge between Xbox 360 and Xbox One gaming. To those with double-digit backlogs, though, the launch lineup is unlikely to have many games that slipped past them.

Have you seen this:
Zack Snyder's 'Army of the dead' gets a new teaser trailer

In its current state, Xbox Game Pass offers a solid foundation to grow upon. The gameplay experiences are smooth, the technical hiccups are seldom and the selection, while limited, offers a little something for every type of newcomer. At $10/month, Microsoft offers more stability than its direct competition at half the cost, as well as the potential for a larger collection. I recommend keeping an eye on Game Pass. If Microsoft manages to expand the library while minimizing removals, the Xbox may have a killer app in its hands.

Do you have any interest in Xbox Game Pass? Tell us what you think in the comments below!