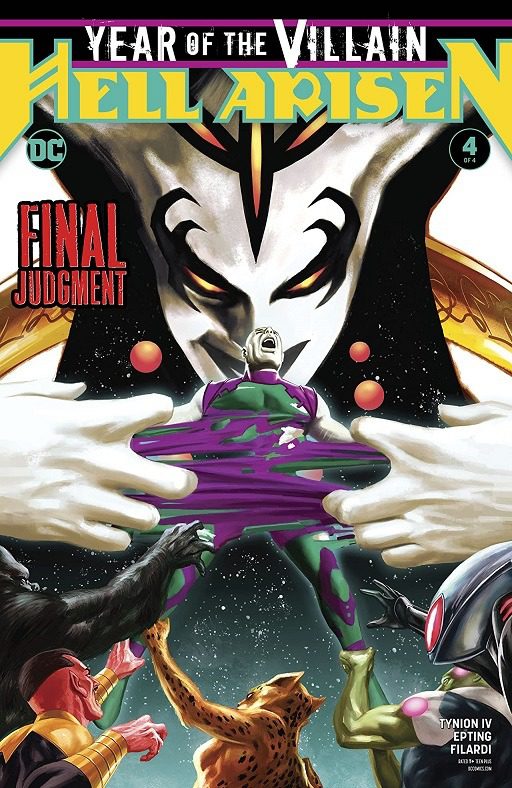 Lex Luthor will finally face off against the Batman Who Laughs, but the Dark Multiverse Dark Knight has more tricks up his sleeve.

Mercy Graves confronts her old boss about why he has subjected himself to this current transformation when he was once considered a hero who fought as a member of the Justice League. When Lex reveals the truth, she understands the future he saw and how he can make it happen in his lifetime. First he has to end the threat of the Batman Who Laughs.

When he takes to the battlefield to confront the villain and his twisted heroes, Lex uses his considerable intellect to take away the power BWL has on the heroes and escapes with him to Perpetua. Unfortunately for Lex, the power he allied himself with has found a new partner and Lex will realize too late that he and humanity have been betrayed.

Have you seen this:
Nightwing #87 (Review)

I’ve been back and forth with my thought about this series, but James Tynion IV sticks the landing with the conclusion to this story. Everything from the dialogue to the action works and the story does a great job of explaining Lex’s motivations clearly while also showing him the flaws in his plan through the lens of the Batman Who Laughs. The Batman Who Laughs truly is a unique and interesting threat and his final act pivots perfectly to the next arc on this journey for the heroes and villains alike.

Steve Epting does amazing work with the art in this issue. Everything is big and beautifully detailed. The characters are well done and the action is great. There are moments where the Batman Who Laughs looks a little off, but the rest of the heroes and villains are done brilliantly.