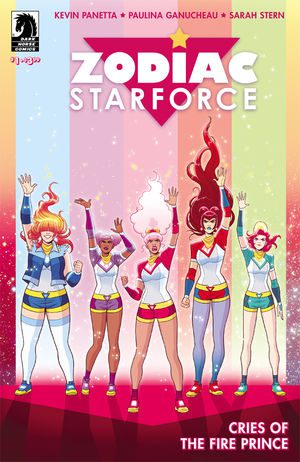 The girls are back in town! Of course I am talking about those teenage bad-asses known as the Zodiac Starforce. Not only have these girls defeated monsters of all sorts and their leader, Emma, being infected by evil, they do it all while going to school. Just when they thought there would be time to rest, evil looms again on the horizon. A secret group wants to bring back Cimmeria, but instead, unleash a mysterious pile of goo! While that does not sound very menacing, it is what the goo can do that is dangerous. 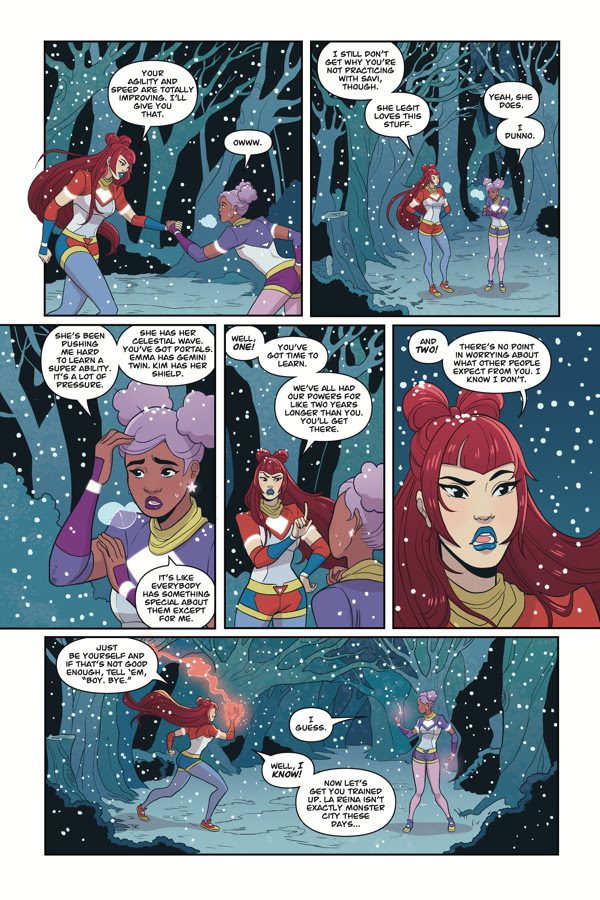 their creators. Kevin Panetta and Paulina Ganucheau bring so much of themselves to the pages of this book. Yes it is part of the “magic girl” genre. Yes, there are certain tropes that you may find in its pages. But Zodiac Starforce is like nothing I have read before. You may go in expecting something like Sailor Moon, but you will come out loving this group better.

If you have read my other reviews, for example Jem, you know that I am a big fan of bright, colorful art in comics. This issue does not disappoint. What makes this different that something like Jem, though, is use of shadow. In the good guys, and really in the villains, Ganucheau has an amazing eye for what needs to be dark and when. It is not just about lighting, it is also what she makes you want to feel in the panel. It also has a late 90s, early 2000s feel to it, reminding me of so many comics I read in my late teens.