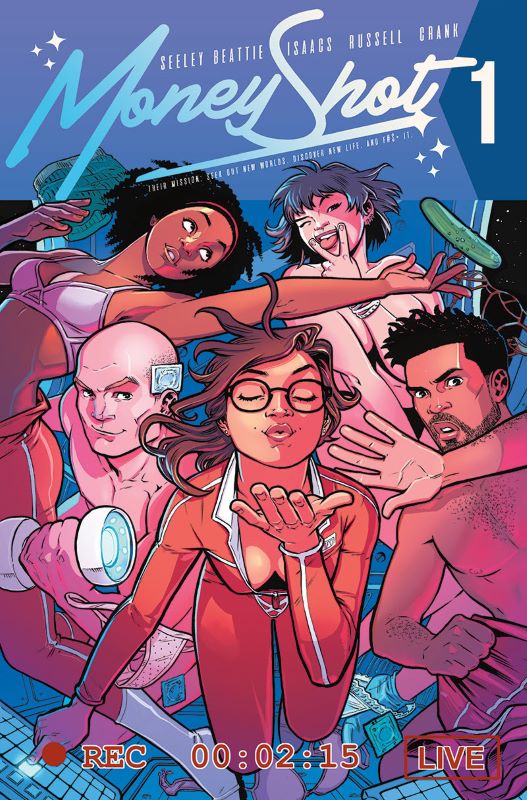 I was about halfway through the issue when I realized two things.

There has been an increase in recent years of comic titles that are focused on sex and sexual identity. With the issue becoming more and more present in our society, it should be no wonder that it has permeated throughout comics as well. This isn’t new either, comics being the bastard child of the art world, it is easier to explore these topics in this medium than in other forms of entertainment. Sex and sexuality were at the heart of the Senatorial hearings in the 1950s and railed against by Fredric Wertham in his book “Seduction of the Innocent”. It was Wertham’s threat of censorship that caused the comic industry to create its own policing body in the form of the Comics Code Authority.

We would see sex rise up on the fringes of mainstream pop culture again in the late ‘60s to counteract the growing conservative views of society. Hell! The ‘90s were mired in sex as the nation recovered from 12 straight years of Republican and conservative agendas and a Democratic President who was involved in his own sex scandal in the oval office. The “Bad Girl” craze of the nineties went hand in hand with fringe titles like Penthouse Comix, Heavy Metal, and the more mainstream books produced by Vertigo.

While modern titles like Sex Criminals, Safe Sex, Sunstone, and Swing are all focused on sex as the main plot element; the subject matter is usually serious and filled with drama. But here is where Money Shot separates itself and pulls away from the pack.

This isn’t a life and death comic. This is a tongue-in-butt-cheek comedy that takes the piss out of multiple genres and still has time to make a thinly veiled argument for lack of interest in scientific funding and lack of education in general, it’s also a commentary about the extremes people have to go to make dreams a reality and just how jaded the modern consumer of comics has become.

For some this book is smut and will be panned accordingly; for others, its a comic with elements of sex and will be judged accordingly. Neither group is right because in essence the comic is both at once.

I can understand this juvenile attempt at sexual humor from a newcomer like Beattie; just take a look at her Twitter. If the joke doesn’t have the words tits/penis/vagina in it then she wasn’t involved. I don’t mean to be callous, but that is the one-trick pony that she rides to death on her social media feeds and here it’s interesting for all of four pages and then the joke and the premise lose its luster. We get it! They’re scientists that f*ck aliens! What else have you got for me?

What surprises me is that pros like Seeley and Isaacs got pulled into this. I have the sneaking suspicion that Seeley is here just to trade-off of his reputation. Beattie wrote it, Seeley revised and reworked it, and in the end, passed it off as art to a young publishing house who is eager to have named creators associated with their brand. It seems to be that simple. The comics marketing focuses on two things, selling the sexual content and the name of the writer.

Vault can not step forward and claim that they are pushing this title based on its artistic merits or in-depth story-line, evolved characters, or groundbreaking approach to the genre because none of those elements are present here. It’s a simple sex comic. Don’t overthink it. It’ll sell because its got some T&A to titillate. The long term prospects for this comic are null and void. It’s got a few jokes here and there and that is enough to keep it light-hearted.

Kind of like this comic. I think that this book is going to fund other, better ideas.

Scientists exploring the universe isn’t going to sell. But what if they start blowing and sucking on E.T.? Now we have something that we can market!

“I want you to f*ck me sexy fish-man.” Is the opening line of the series. I rest my case.

While you might envision a graphic romp, the visuals are tame compared to other adult-themed books. You’re not going to see full-on penetration; a few boobs, various sex toys, and a giant alien nut sack are the limits of the art, you will, however, get far more graphic details in the text.

The artistic talents of Isaacs are wasted here. She is a top-notch talent that has a bright future in the industry. It’s almost a shame to see her slumming it in this title. By Isaacs’s own admission she turned this title down once. It’s too bad that she changed her mind.

Visually the book is great. The figures are fluid, the pacing and panel layout are seamless, the facial expressions are varied and carry emotion. Isaacs and the rest of the art team do their job admirably. The coloring matches the various settings and moods of the book, the lettering doesn’t detract from the artwork. Everything is presented as a top-notch comic. The only failing is the story and the premise.

It’s fun, it’s funny, it’s going to be short-lived. Give it a quick rub or tug and get on with reading real comics.